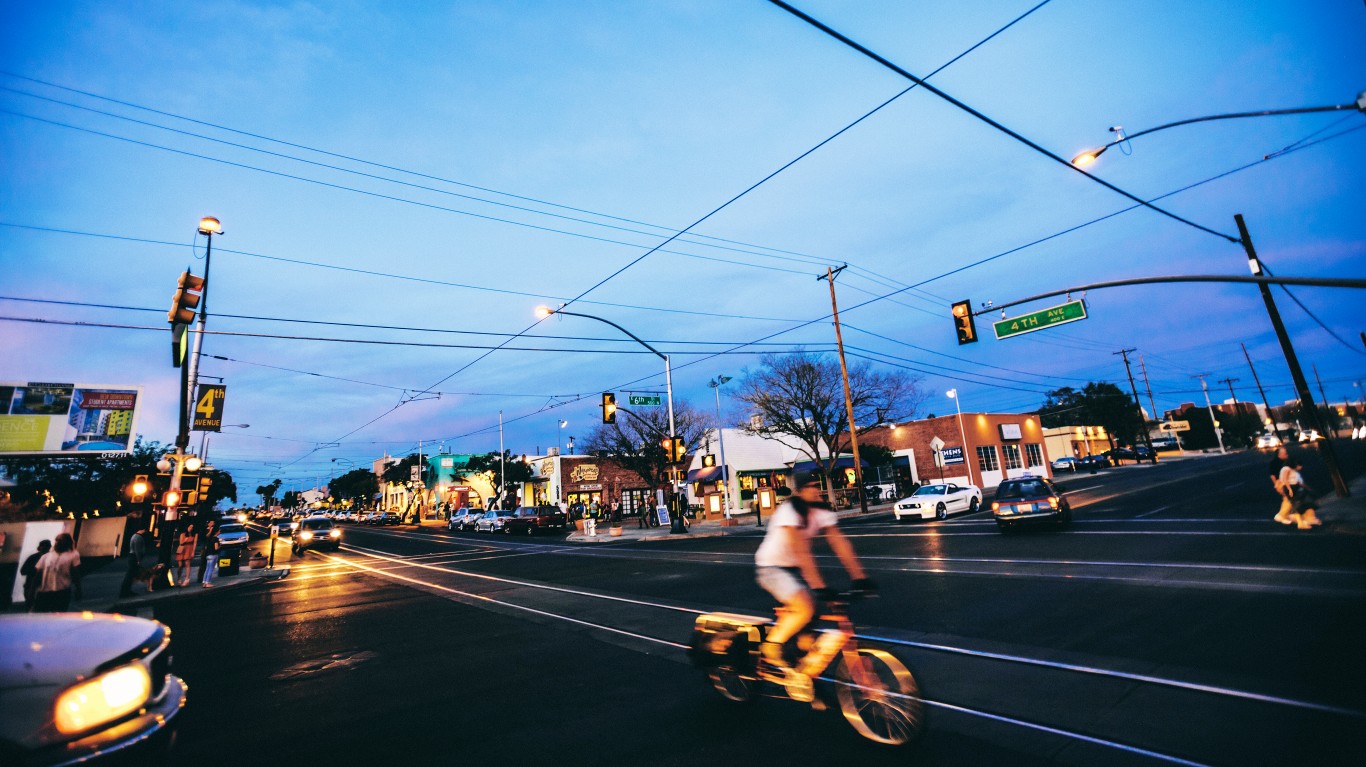 Tucson is a city that is proud of its bicycling population, with nearly 3% of commuters biking to work. In the ’80s and ’90s, the city invested heavily in cycling infrastructure, adding bike lanes to many roads and bike crossings to major streets. Though it has a nearly complete network of bike lanes on arterial streets, that doesn’t stop traffic fatalities. Tucson is now focused on connecting off-street paths and protected bike lanes to the network to offer increased distance between bikers and cars. 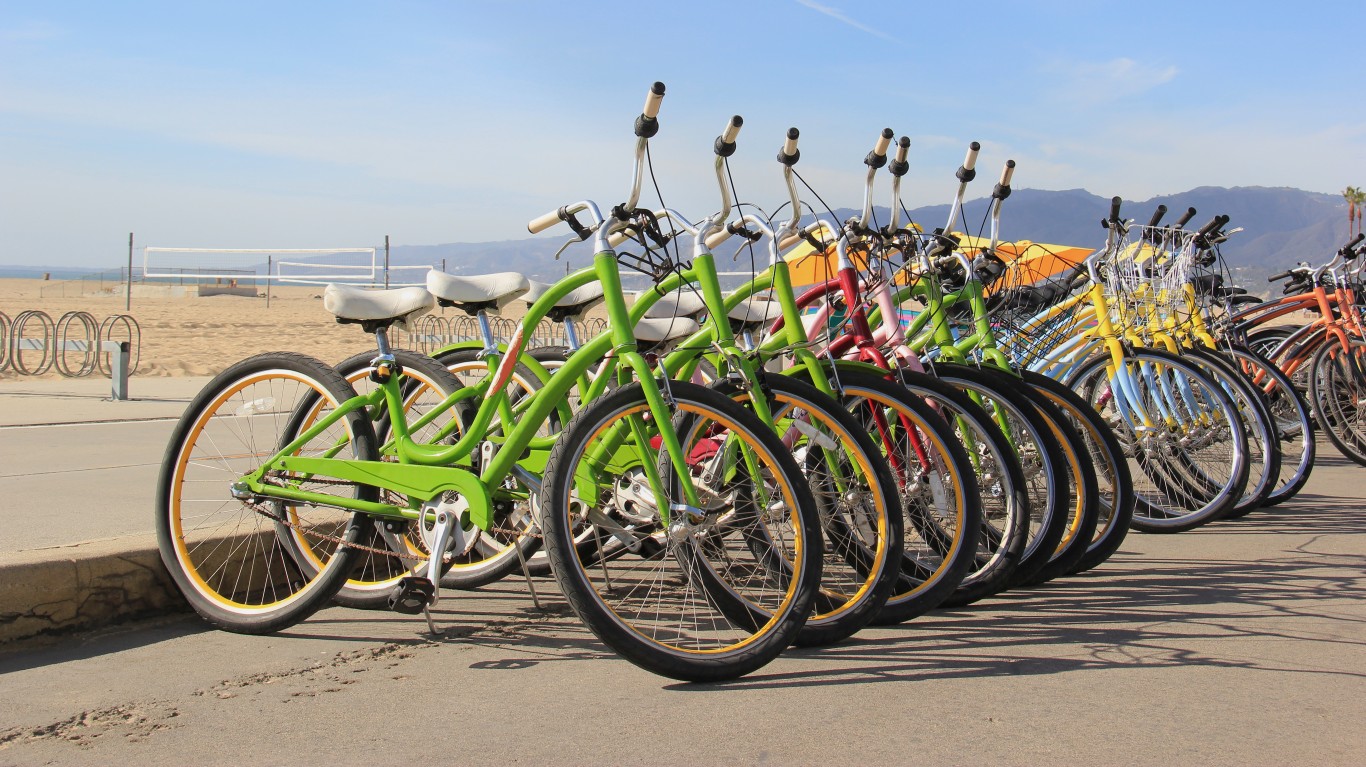 Los Angeles had 20 cycling fatalities in 2016, the most of any city on this list and topping even New York City, which has over double the population of LA. Home to nearly 4 million people, LA is a congested city famous for its heavy traffic and 8-lane boulevards. Though LA launched a Vision Zero project in 2015 to curb fatalities and make roads safer, progress has been slow, and changes have been halted by pushback from drivers.

24/7 Wall St.
Cities Where the Most People Die in Car Crashes 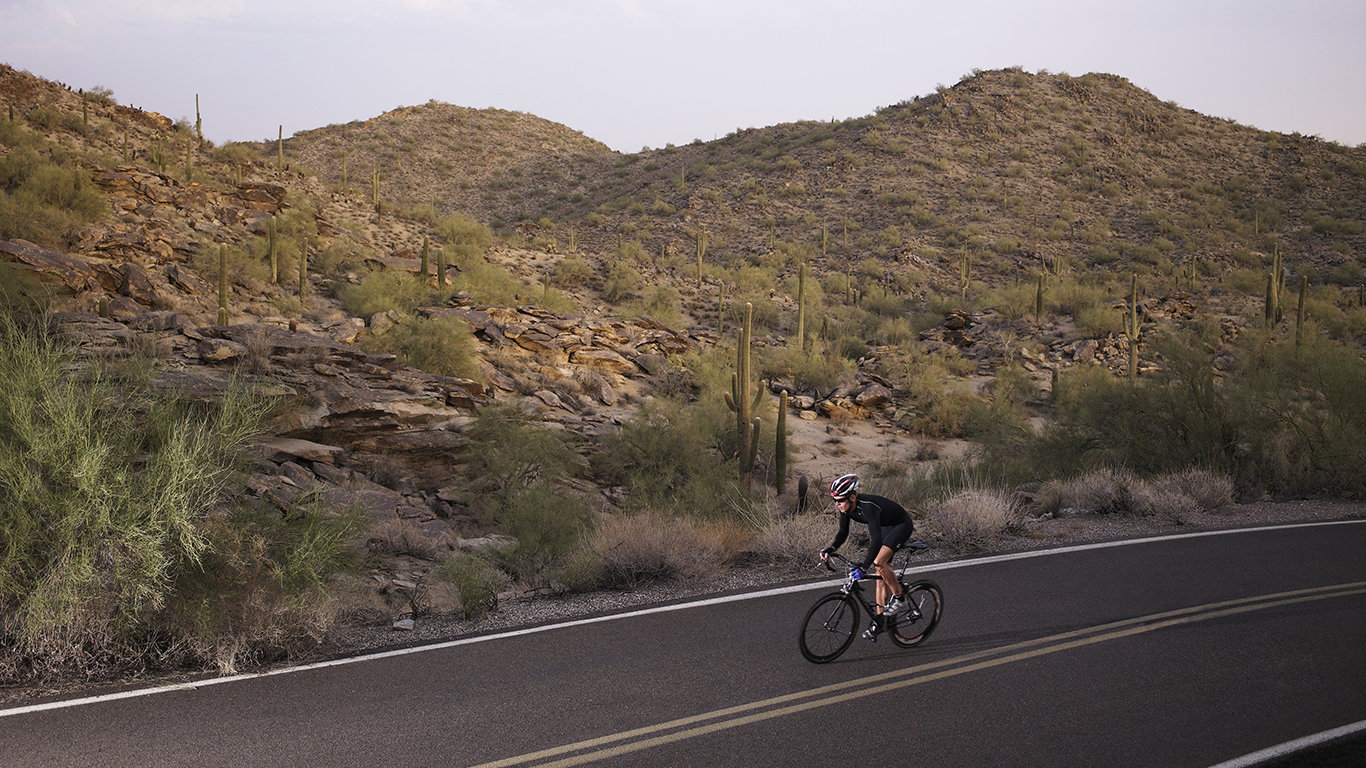 In a car-centric city like Phoenix, where only 3.3% of commuters use public transit compared to about 5.1% of commuters nationwide, pedestrian and cyclist deaths are not uncommon. The city averaged one traffic fatality every 16 hours in 2016. With 40 mph speed limits the norm on most arterial streets, and many intersections lacking crosswalks, Phoenix was designed to move heavy traffic as quickly as possible rather than accommodate cyclists and pedestrians. Though pedestrian and bicycle advocacy groups have pressed for change, they’ve seen most plans halted at the city council level. 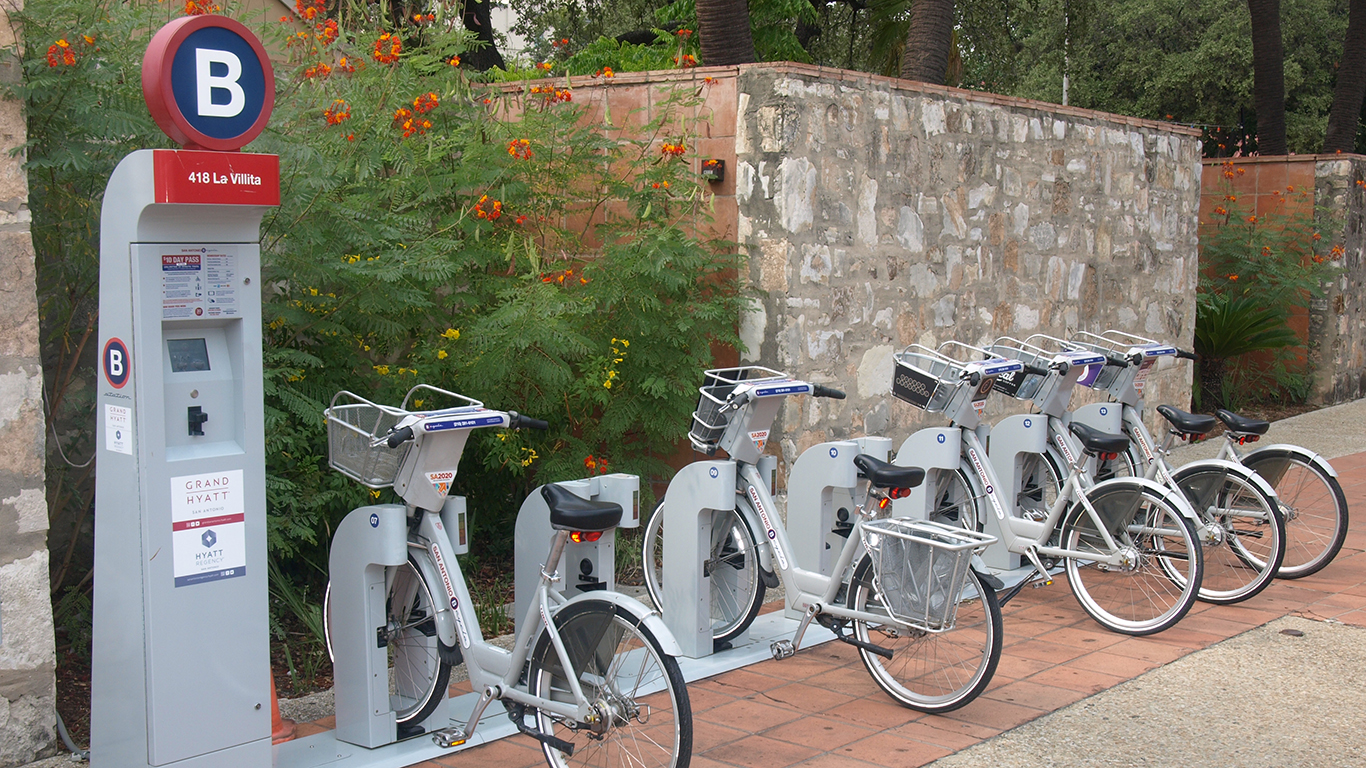 Compared to data from 2008, San Antonio cyclists are now twice as likely to be involved in automobile accidents. There were 362 bicycle crashes reported in 2017, significantly more than the 196 reported in 2008. A few roads, such as Broadway, have higher than average numbers of pedestrian and bicycle accidents and fatalities. As of February of this year, the city was working on a plan to install protected bike lanes on Broadway. 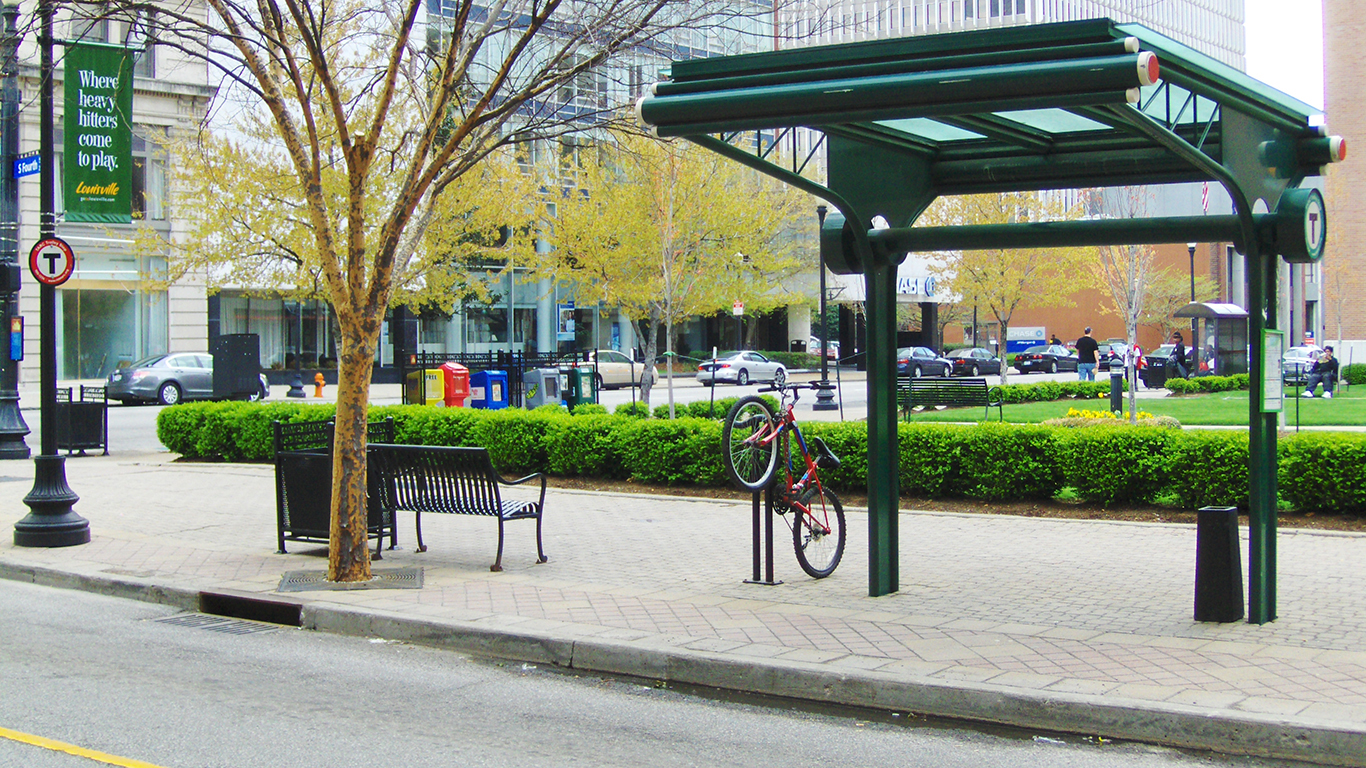 Louisville has been making great strides in its bicycling infrastructure but still has work to do to eliminate fatalities. Though the city has installed miles of buffered bike lanes, which can be converted to protected bike lanes in the future, most of its bike lanes are “sharrow lanes,” which are shared with cars and still pose a risk to bikers.