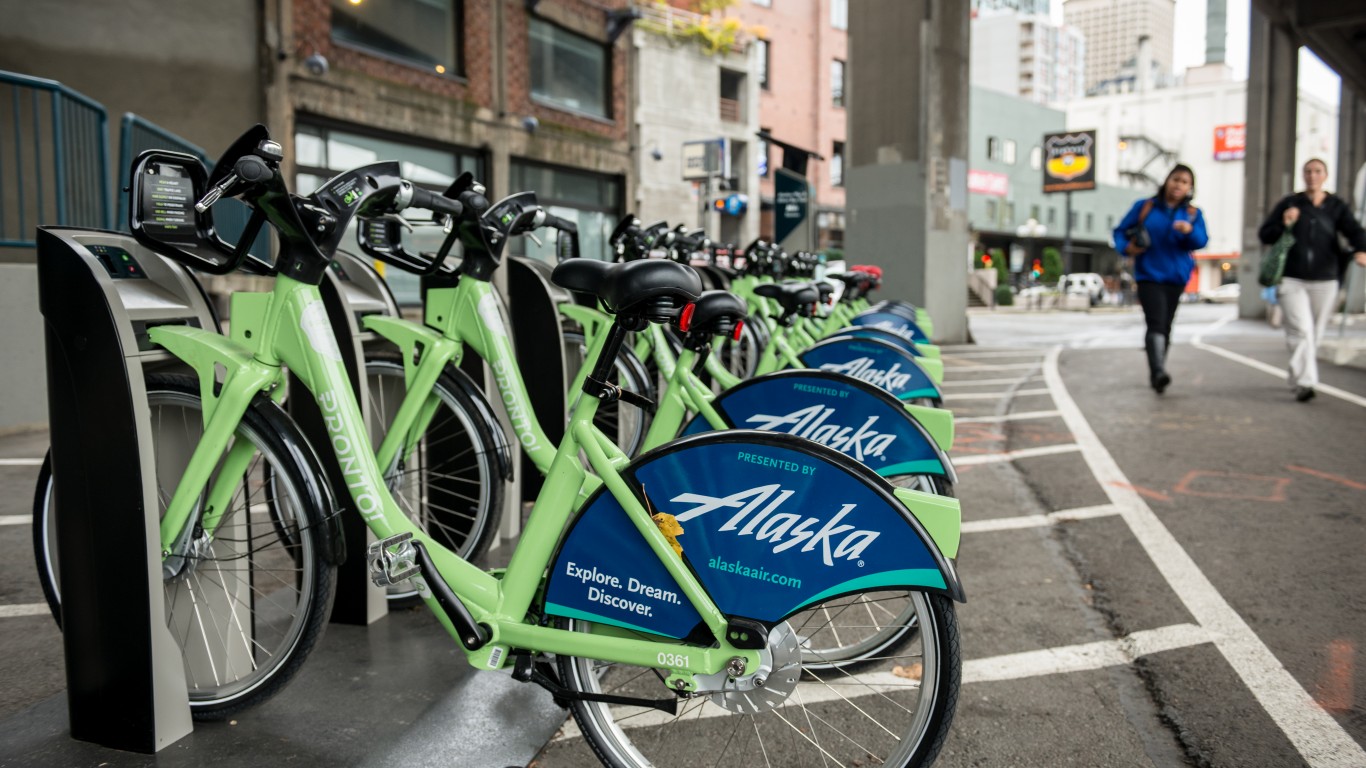 As the Seattle grows, more and more of its population is commuting by other means — 21.4% of the working-age population is using public transit, and 3.5% cycle. Seattle’s traffic fatalities are relatively low in comparison to cities with similar populations — it has half as many fatalities as Denver and a third as many as Charlotte, North Carolina. Despite the relatively low fatality rate, 26 bikers were still seriously injured in car accidents in 2016. Plans to improve infrastructure consistently meet with pushback from residents. 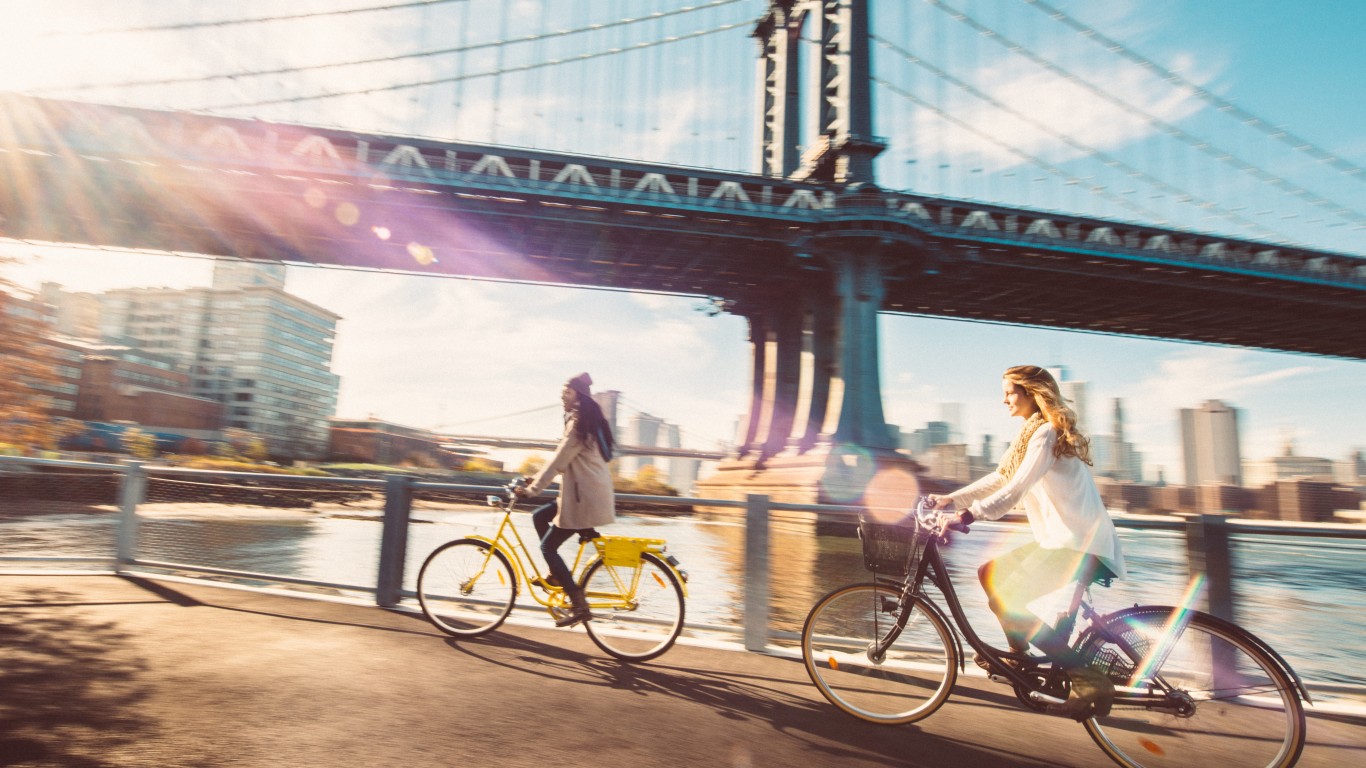 Over 800,000 New Yorkers bike regularly, and 86,000 bike to work or school. An additional 56.5% of the working-age population commutes by public transit, the highest percentage in the nation. Because cities with high public transit use have consistently lower rates of traffic fatalities, the streets of New York City are relatively safe for cyclists. In recent years, the city has expanded the bike network significantly, adding over 300 miles of bike lanes, including 68 miles of protected lanes. 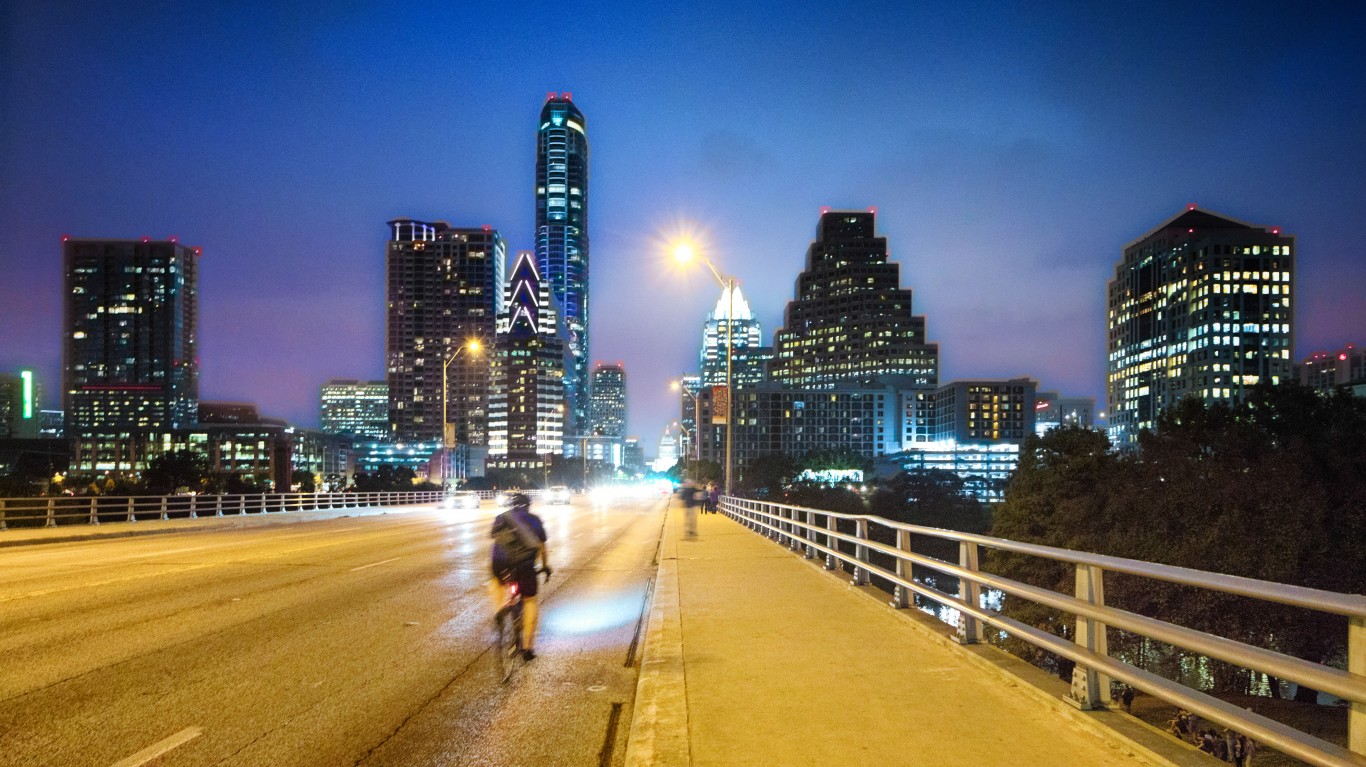 After a record number of cyclist deaths and injuries in 2012, Austin’s transportation department began work on hundreds of new bike lanes throughout the city. The number of cyclist collisions has been decreasing ever since. Though accident rates have not declined in areas with no bike lanes, the city’s hundreds of miles of bike lanes and 30 miles of bike trails are relatively safe places for Austin’s cyclists. 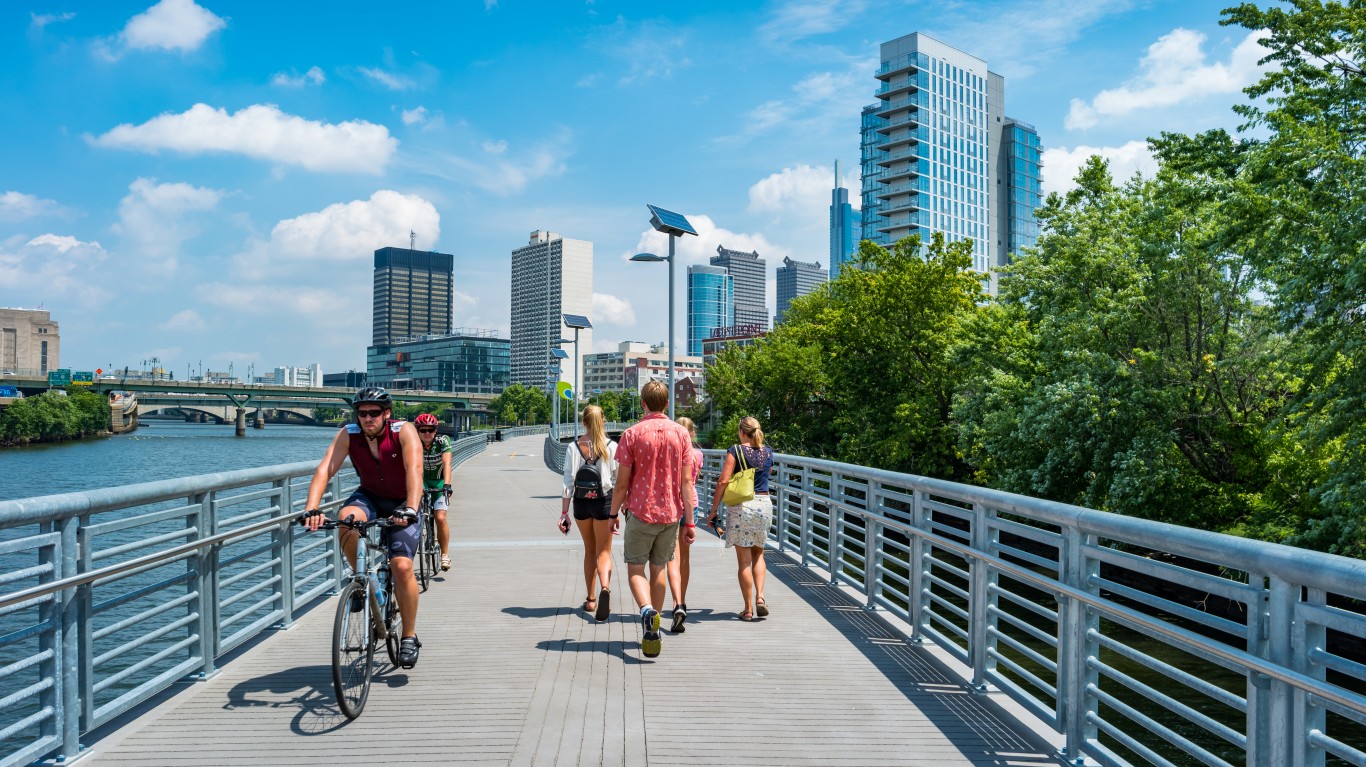 Among the nation’s 10 most populous cities, Philadelphia has the most people biking per capita. The city’s bike share program, coupled with the option for cyclists to take their bikes onto buses and some trains, contributes to the ease of travelling by bike. With over a quarter of its working population commuting by transit instead of automobile, Philadelphia is one of the safer large cities to bike in. 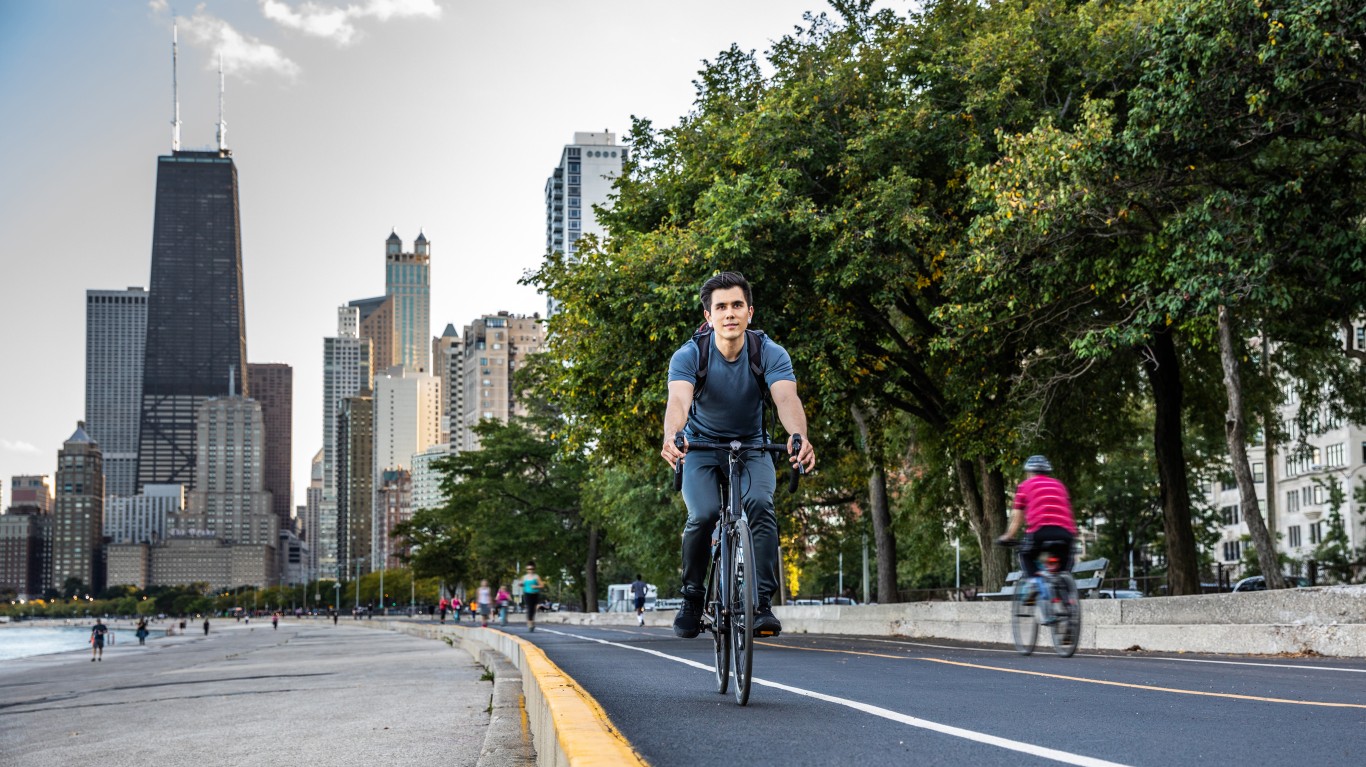 Like many other cities on this list, Chicago has adopted a Vision Zero plan for eliminating traffic fatalities. Part of this plan includes installation of protected bike lanes and reducing speed limits on roads with heavy bike traffic. Coupled with a high percentage of transit commuters — over 28% — Chicago’s 200 miles of bike lanes help keep the city’s cyclists safe.