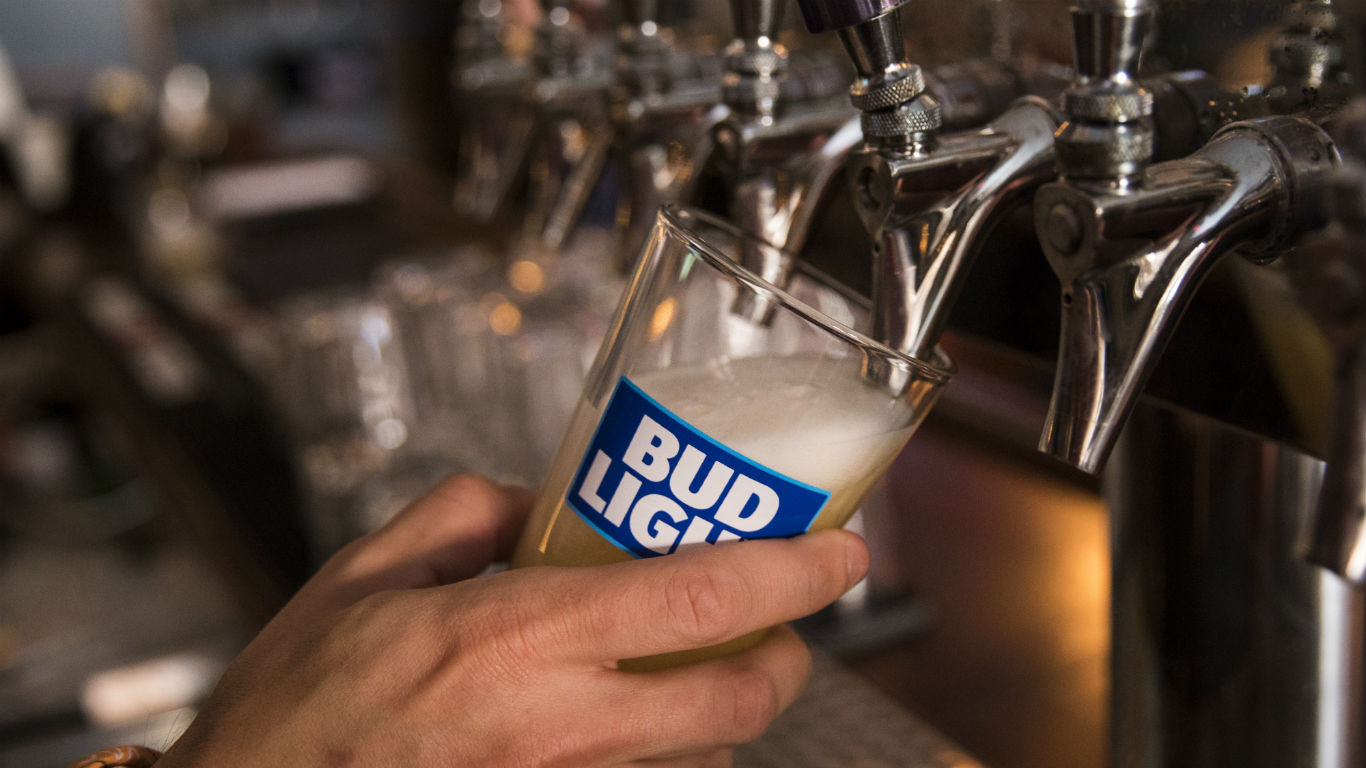 Its sales might be down by over 20% since 2013, but Bud Light is still America’s favorite beer by a two-to-one margin. The fact that it earns an overall score of zero from RateBeer and a 1.86 “Awful” rating from BeerAdvocate obviously doesn’t deter fans. The brand may have suffered a brief downturn after Super Bowl Sunday this year, with its ads bragging that — unlike light beers from Miller and Coors — it doesn’t use corn syrup to sweeten its beer. Some corn farmers reportedly responded by pouring cans of Bud Light down the drain.