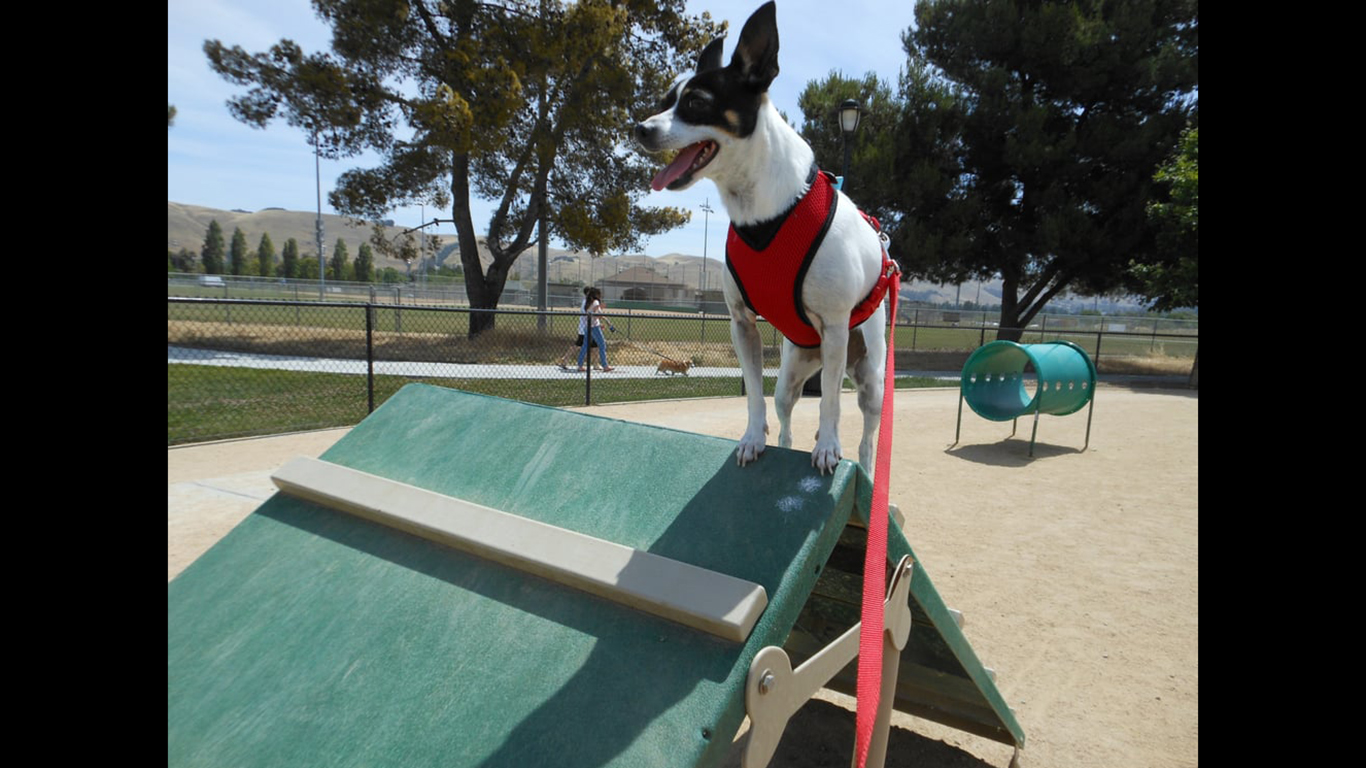 One of the dog parks in Fremont is Central Park Dog Park, located near the Fremont Animal Shelter. The park has two areas, one with artificial turf for large dogs and one with natural grass for small dogs. Other amenities include an agility course in the large dog area. 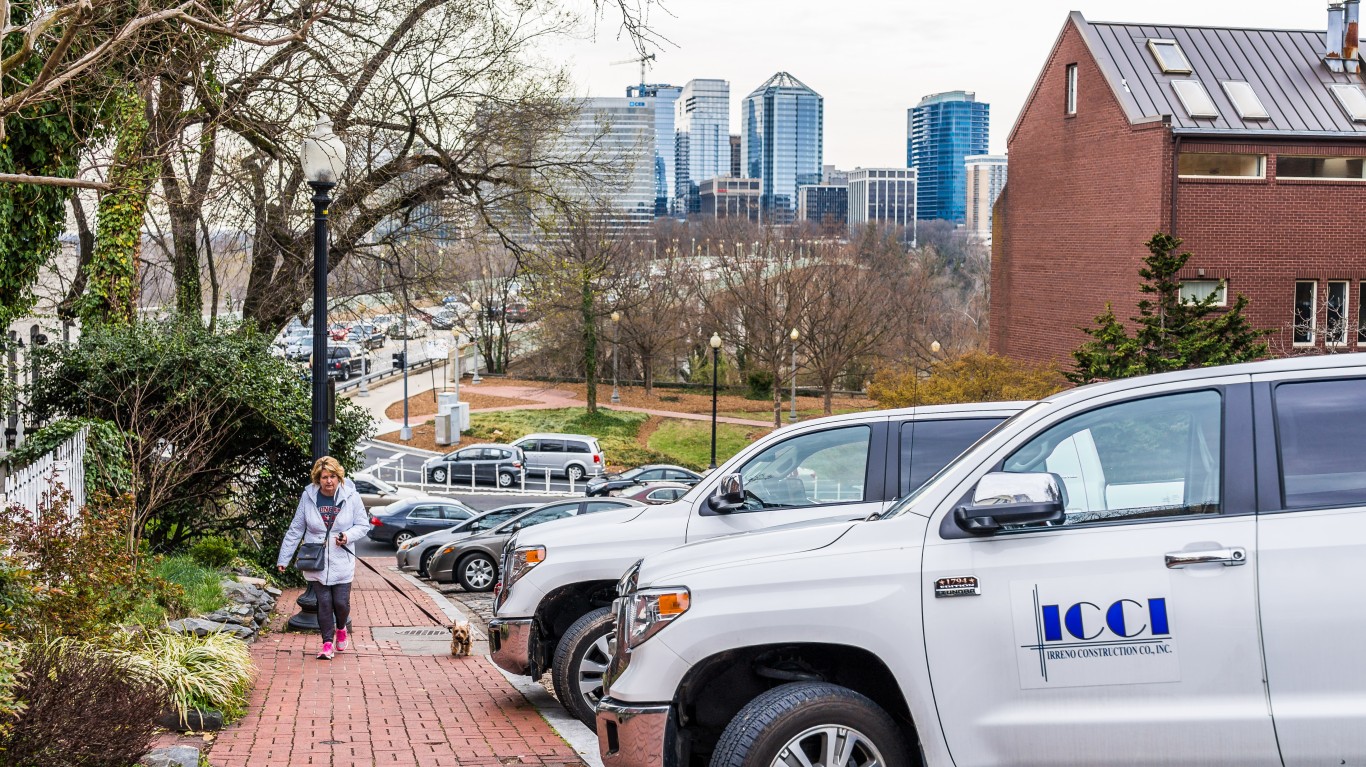 Arlington is one of the wealthiest cities in the country, so even its dog parks are packed with hi-tech and high cost amenities. James Hunter dog park, which cost about $2 million to build, features a fountain/pool for swimming and a sound wall that muffles barking, while Shirlington dog park has access to a stream. 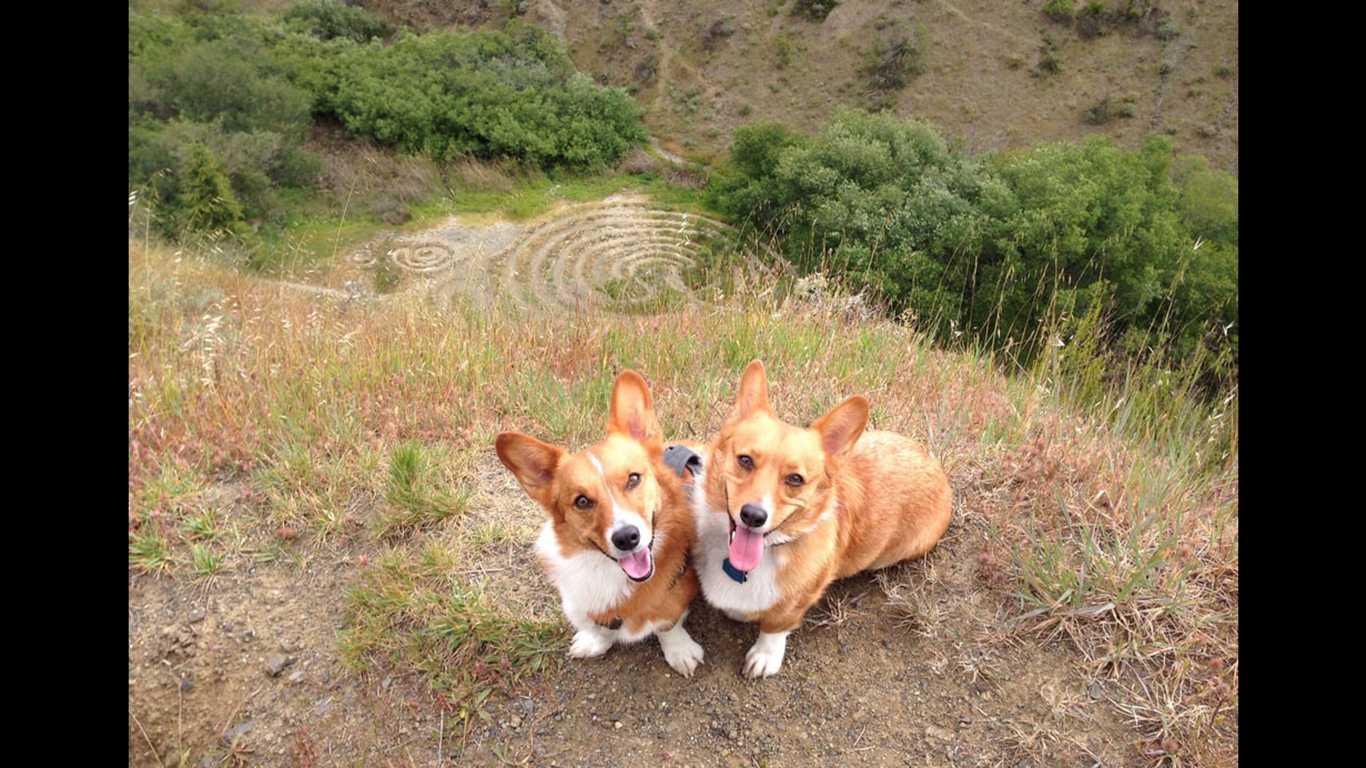 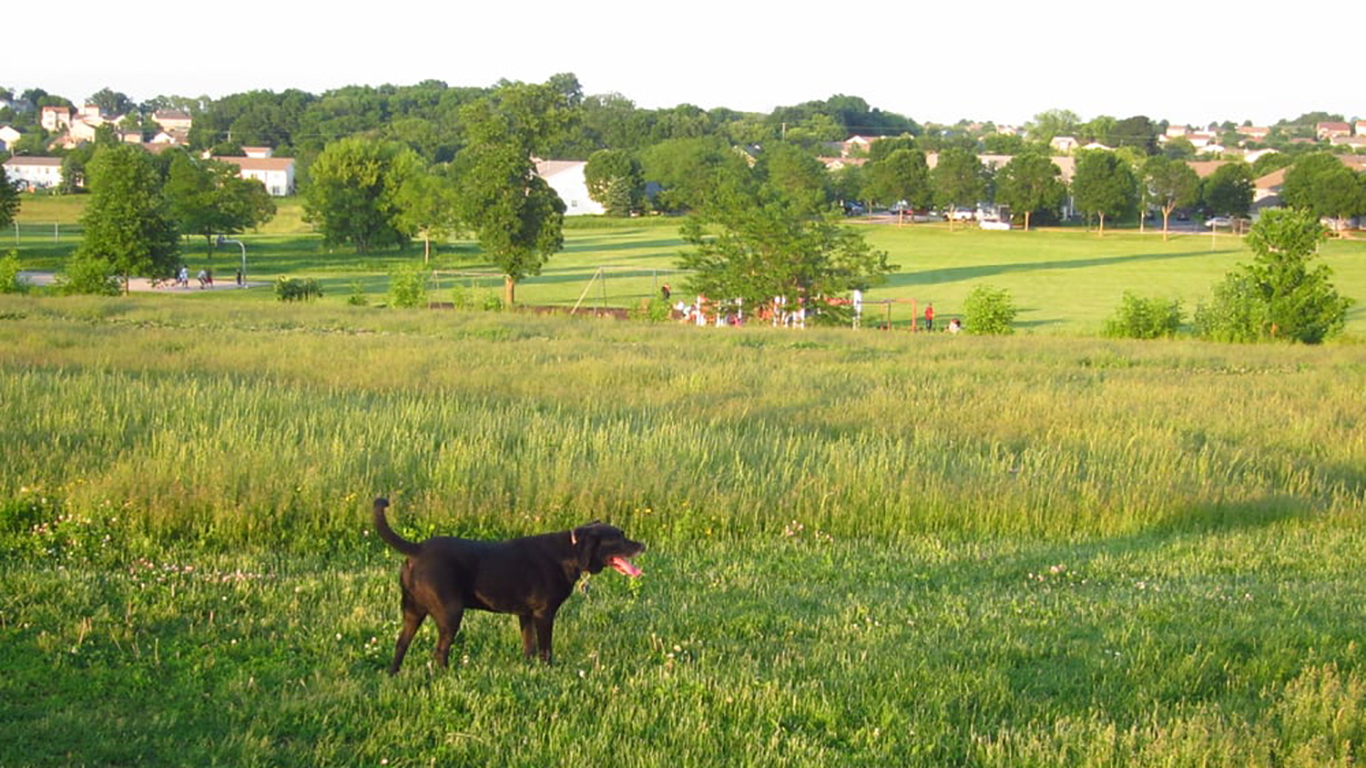 Source: Courtesy of Marissa B. via Yelp

Madison ranks high on the list and may be about to become a whole lot more dog friendly. While the city has many dedicated dog parks, it also has an unusual law that prohibits dogs in most of its roughly 270 parks, even if they’re on a leash, licensed, and have had vaccinations. It is starting a review process that could lead to the opening of all parks to dogs. This has been spurred by increases in the human and, presumably, dog populations. 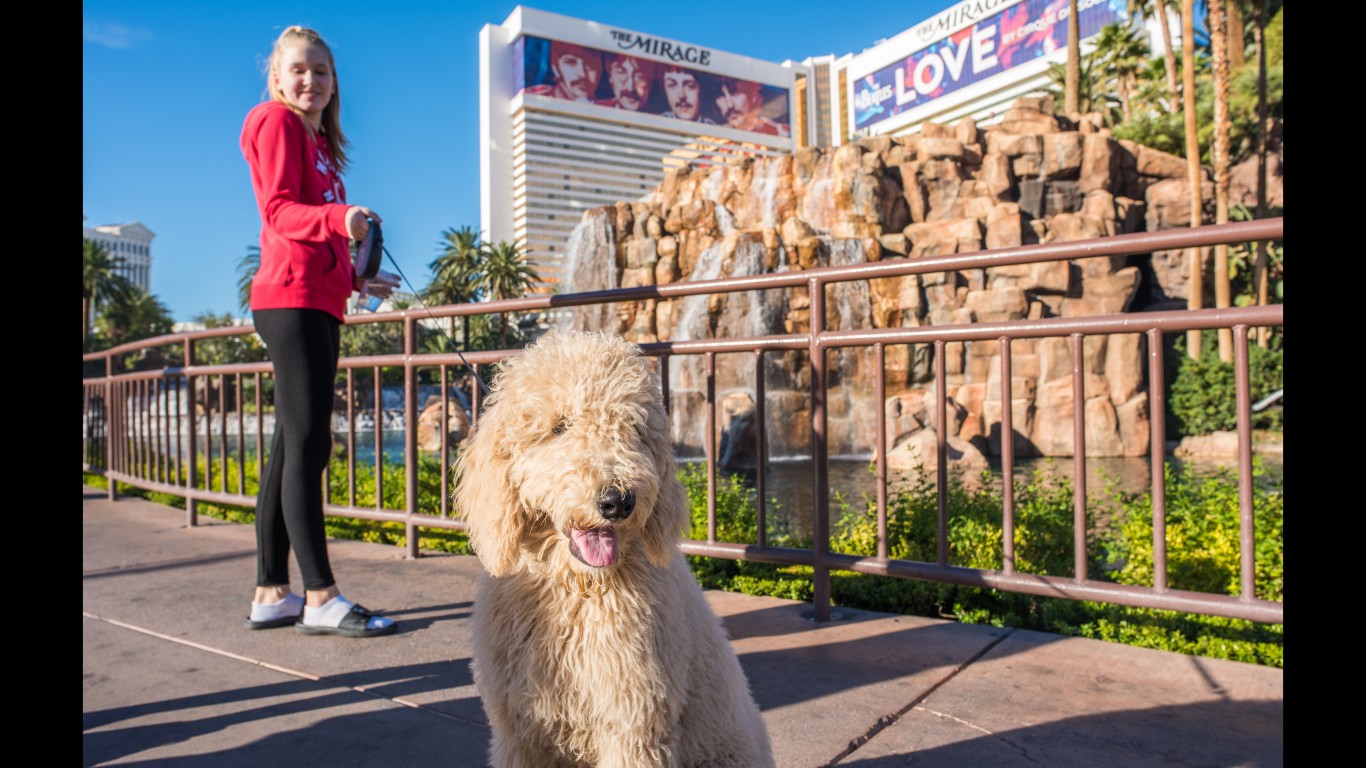 Most people associate Las Vegas solely with gambling, but they may be surprised to know it’s also a dog-friendly place. In fact, it’s an animal-friendly place. One of the most popular destinations, Dog Fancier’s Park, is next to Horseman’s Park. You can park your RV and stay there, too. The Las Vegas economy is driven by tourism, and some hotels on the Strip also tout themselves as dog friendly. One, the Delano Las Vegas, even offers Dog Friendly Welcome package and Doggie Butler Service.