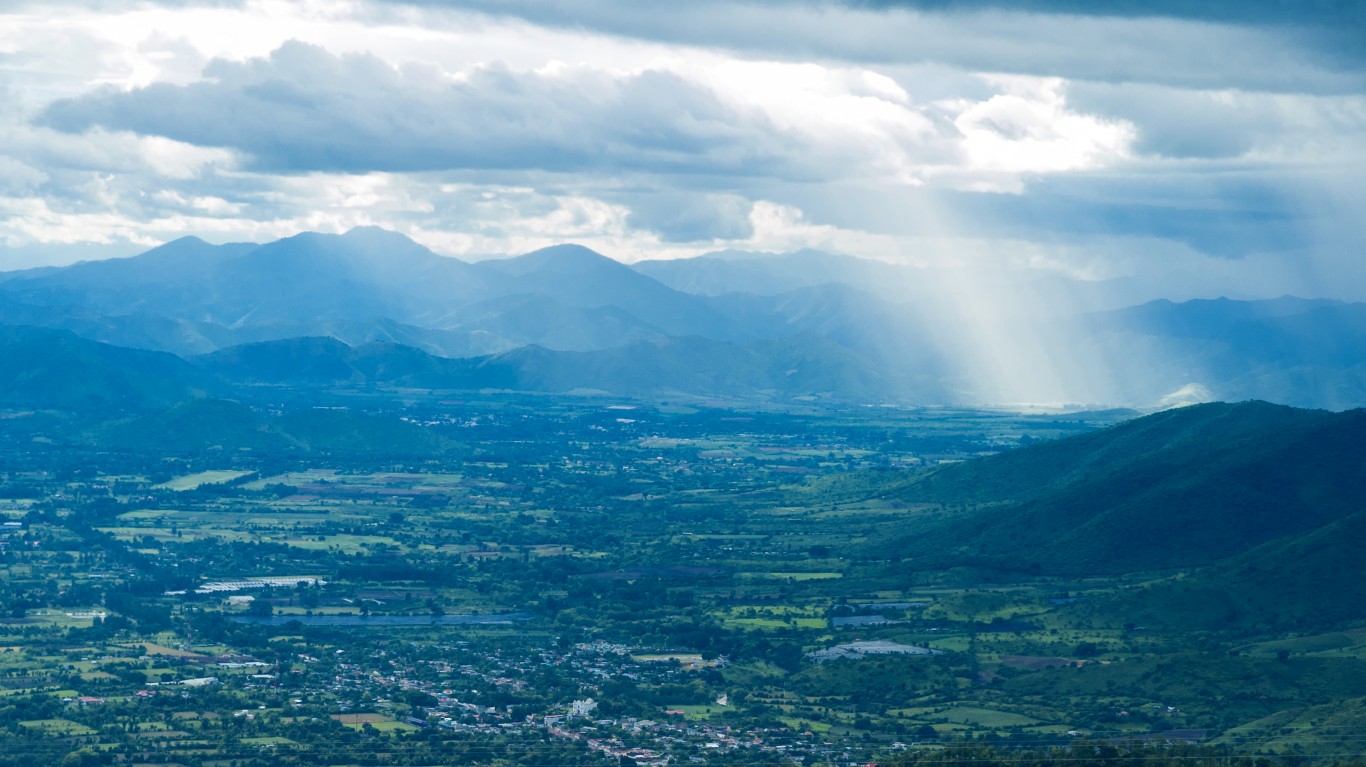 Guatemala has endured more than its share of damaging weather events. In recent years, extreme weather events have become more erratic and extreme, with large fluctuations in temperature and unpredictable rainfall, resulting in both flooding and drought. Ruined crops and loss of economic opportunities resulting from changing weather patterns have particularly afflicted the western highlands region. This environmental and economic disaster has fed the recent migration from Guatemala northward. 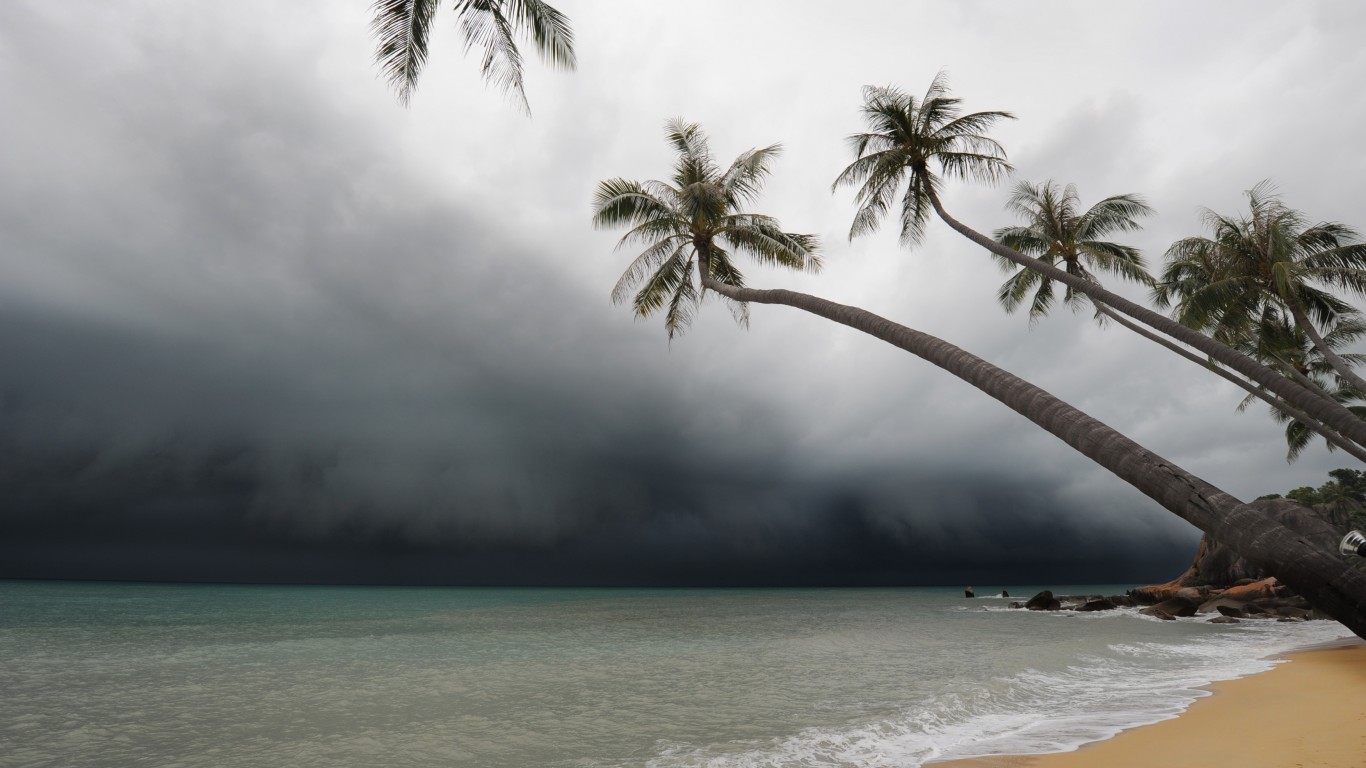 Thailand is located in the monsoon region and is subject to extreme weather events, and these are likely to get worse as temperatures have been rising and rain patterns changing over the last 30 years. Thailand regularly experiences flooding during the monsoon season, but in recent years, the country has experienced extreme floods. The flooding is 2011 was ranked as the world’s fourth costliest disaster as of that year, with two-thirds of the country inundated. Another flood in 2016 damaged farmland and affected 360,000 people, killing 14. In 2017, monsoon rains continued into the dry season, causing floods that affected 1.6 million people, killed dozens, and triggered a deadly tidal wave. Since the period covered by the current CRI ranking, 2019 tropical depression Kajiki and tropical storm Podul caused flooding in 32 provinces, killing 28 and damaging 370,749 households. 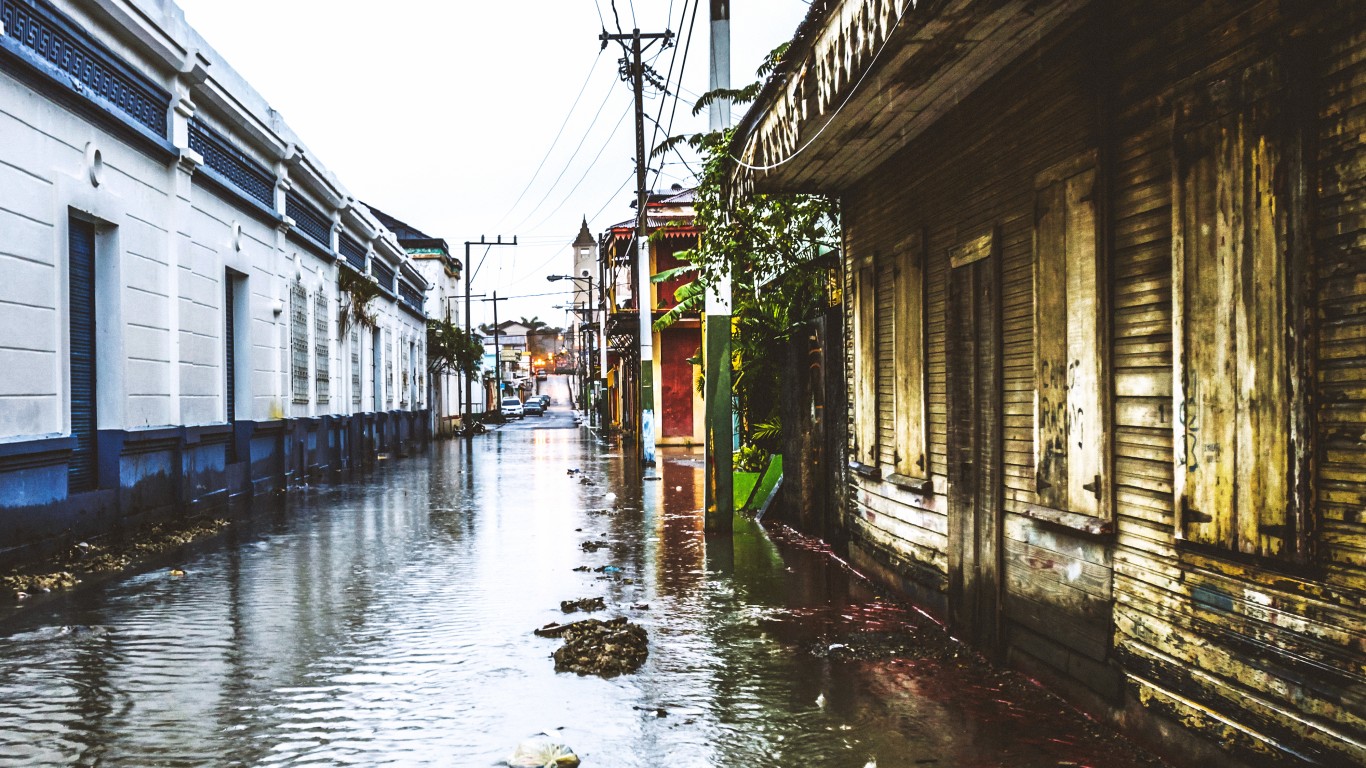 The Dominican Republic is assured a regular spot in the top of the CRI rankings due to its location in the center of the hurricane belt. The northeastern region is also particularly susceptible to storms, flooding, and mudslides, while the northwestern region is subject to an increasing threat of drought. 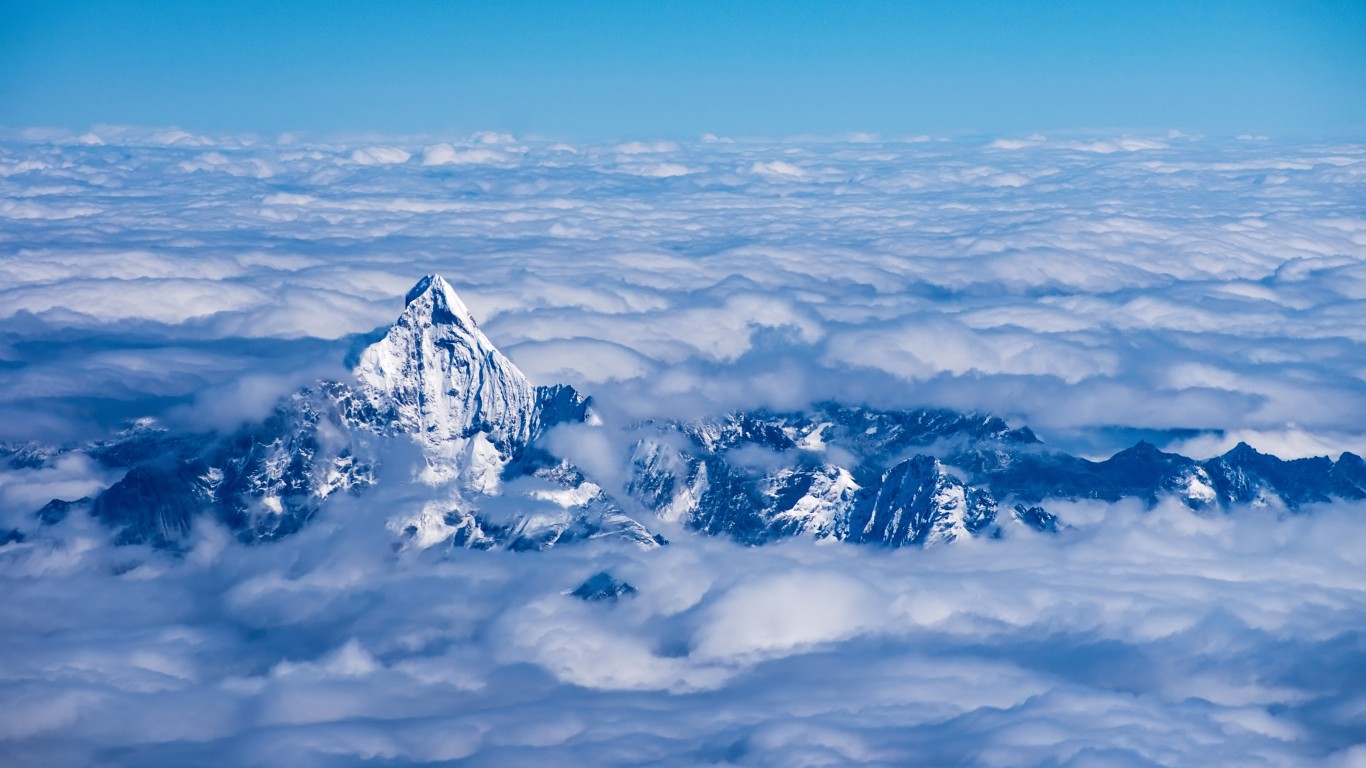 Nepal’s network of 6,000 rivers irrigates the country’s crops but also run havoc on agriculture during the country’s monsoon floods, which also cause damaging landslides and loss of life. In winter months, the primary threat to Nepal’s livability are the frequent droughts and wildfires. An immense monsoon flooding event in August of 2017 affected India, Bangladesh, and Nepal. High rivers in Nepal submerged houses and inundated crop fields — 110 people died in landslides and floodwaters, and thousands were forced from their homes. More recently, and therefore not considered in the lates CRI ranking, monsoon floods and landslides in 2019 killed at least 108 people and submerged villages and houses, displacing 20,273 families. 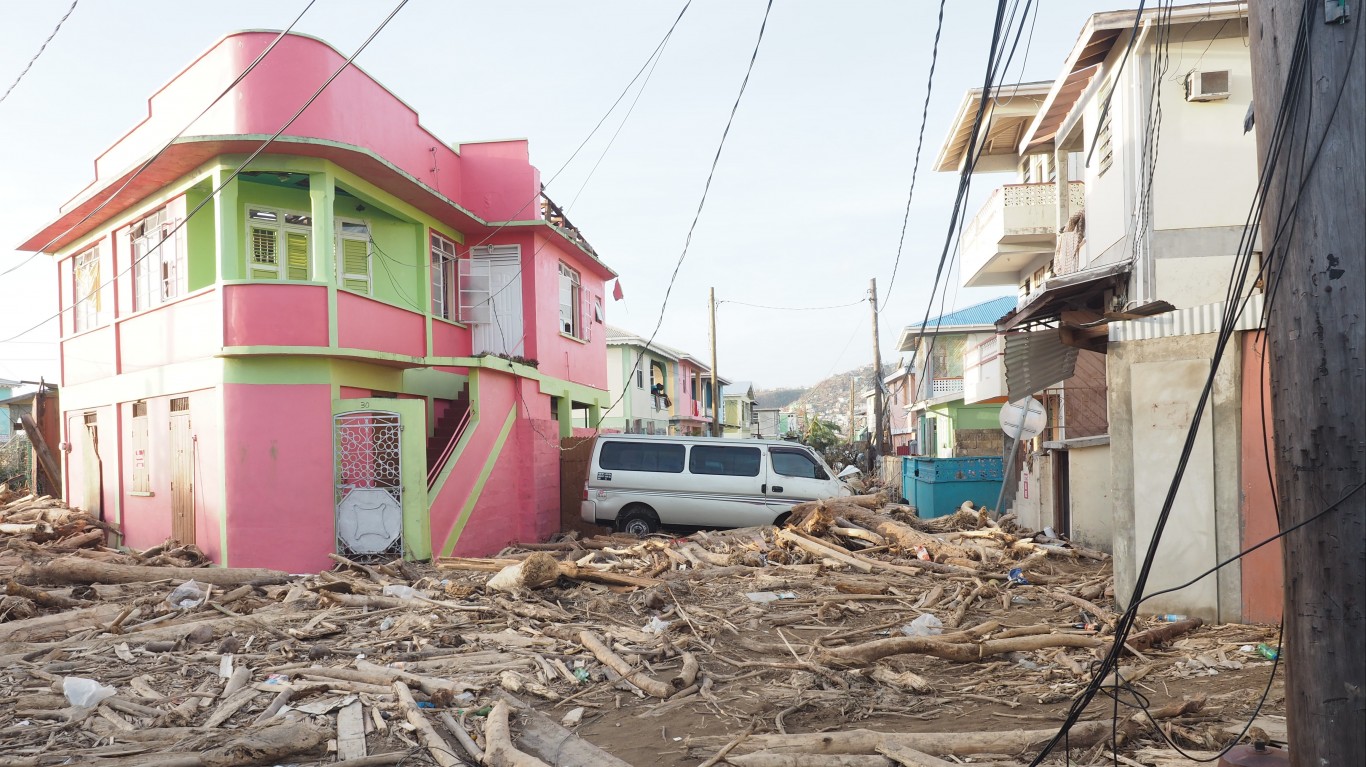 Noted for the devastation it wreaked on Puerto Rico in 2017 as a category 4 hurricane, Hurricane Maria first hit the tiny, mountainous island nation of Dominica as a category 5 hurricane. Maria left thousands of island residents homeless after ripping off 90% of the country’s roofs. During the 20 years of the current CRI ranking, Dominica also suffered damage and loss of life from Hurricane Dean in 2007 and Tropical Storm Erika in 2015.