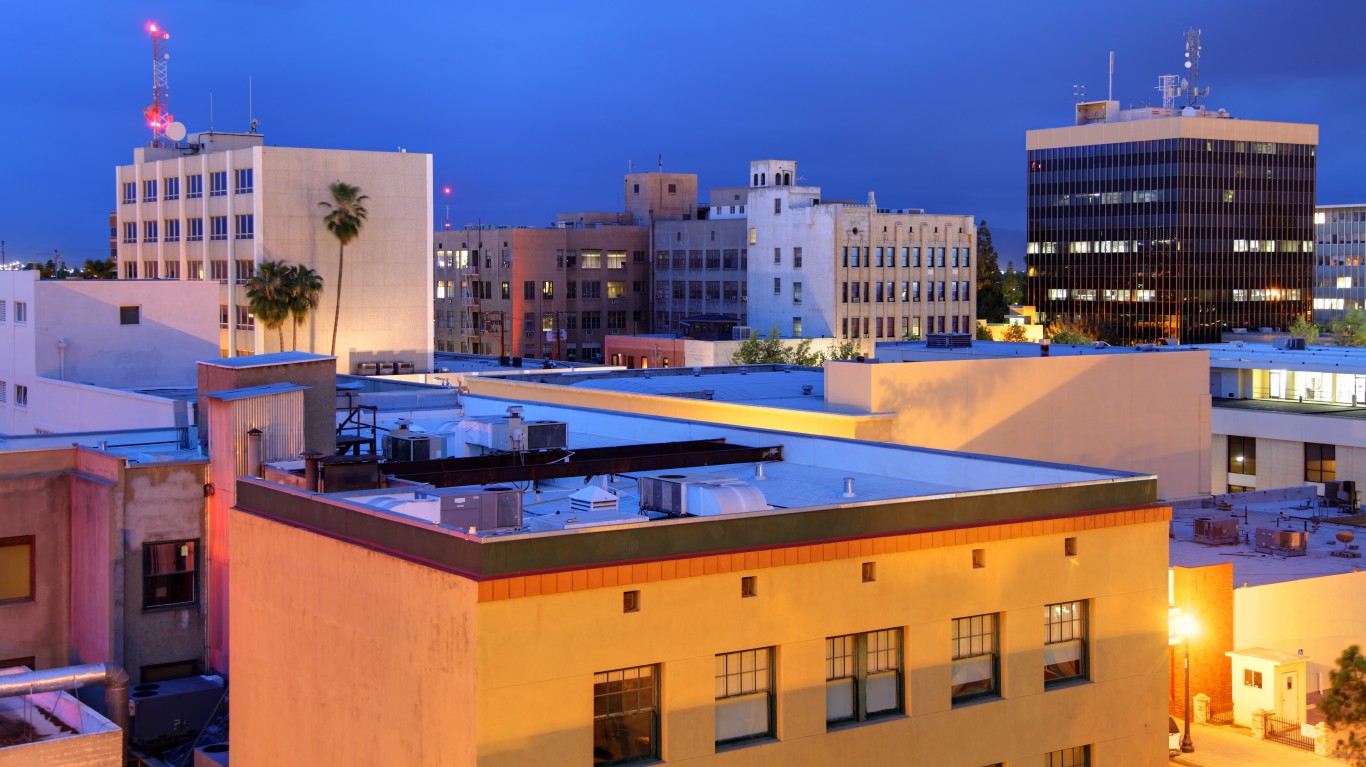 While nationwide, Americans who work full-time, year-round are 4.9 times less likely to be in poverty than the general public, in Bakersfield, full-time workers are only 3.6 times less likely to live below the poverty line. One reason for the relatively high rate of working poverty in the city may be the large number of low-wage agricultural jobs.

Some 19.1% of workers in Bakersfield are employed in agriculture, the fifth largest share in the nation. The average agricultural worker earns just $562 a week, among the least of any metropolitan agricultural sector and less than half the $1,101 average weekly wage for all U.S. workers. 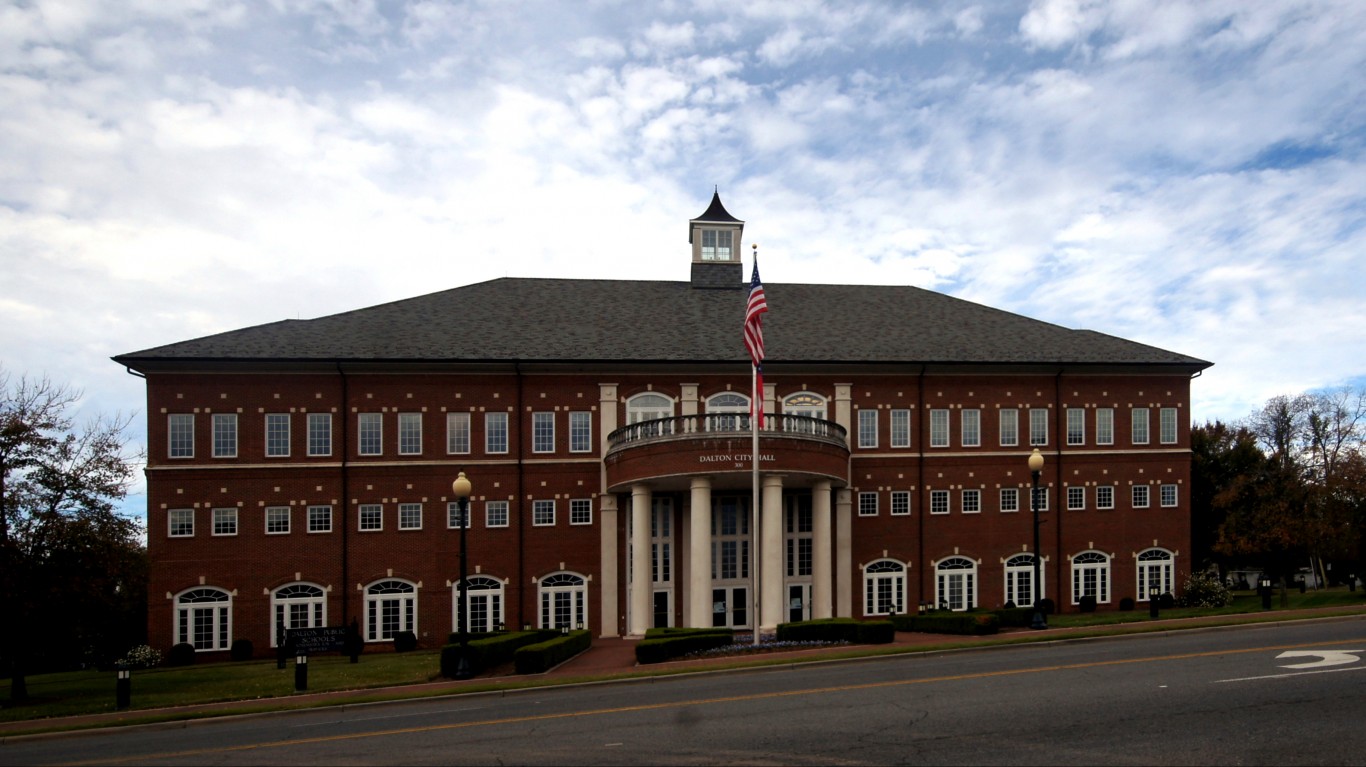 An estimated 5.3% of Dalton residents who work full-time live in poverty, about one-fourth the 18.9% poverty rate for all residents. Nationwide, the 3.0% working poverty rate is roughly one-fifth the 14.6% official poverty rate. 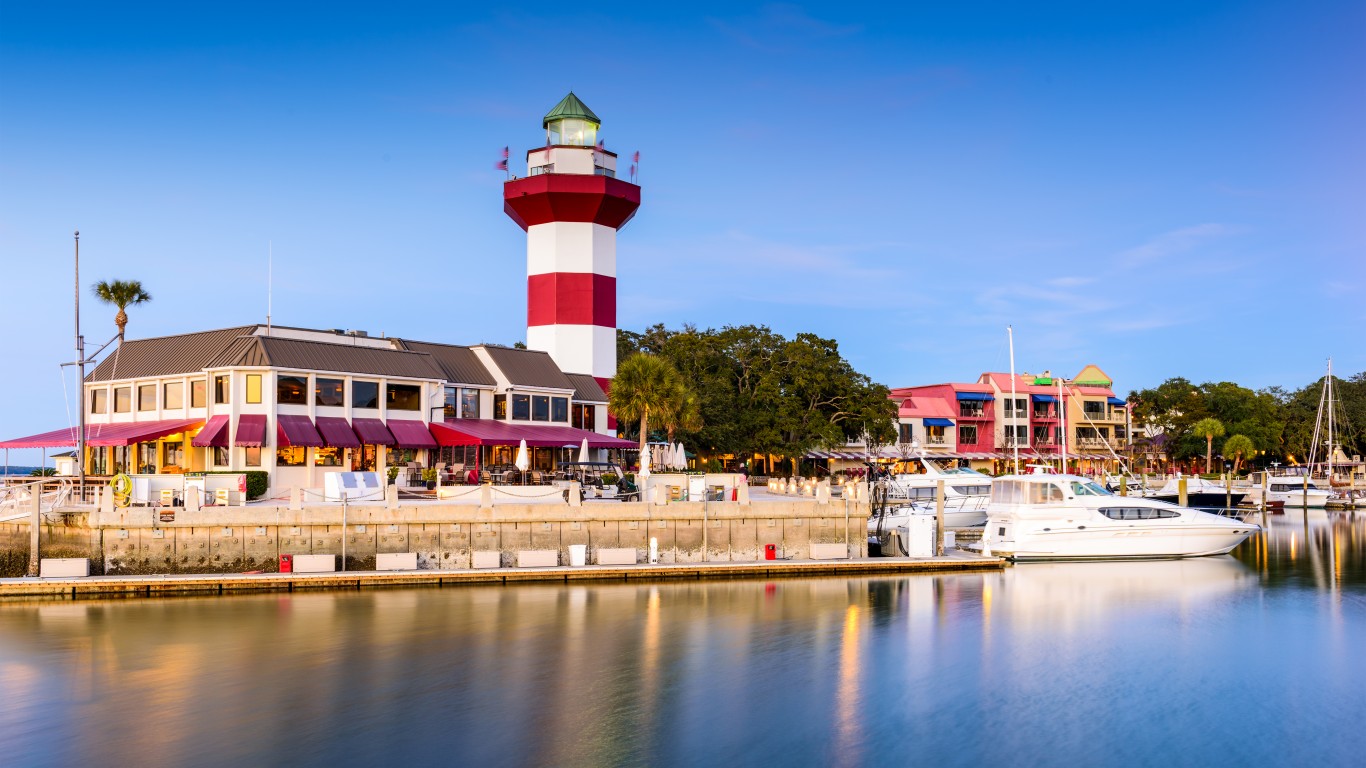 A vacation destination for roughly 2.7 million visitors every year, the Hilton Head Island metro area is one of several tourist hubs where a relatively large share of full-time workers live in poverty because of low-wage jobs. Some 15.6% of the Hilton Head workforce is employed in the leisure and hospitality sector, the seventh largest share of any metro area. The average worker in leisure and hospitality earns just $430 a week, less than half the $1,101 average weekly wage for workers across all industries nationwide. Leisure and hospitality is another sector that can pay full-time workers poverty wages. 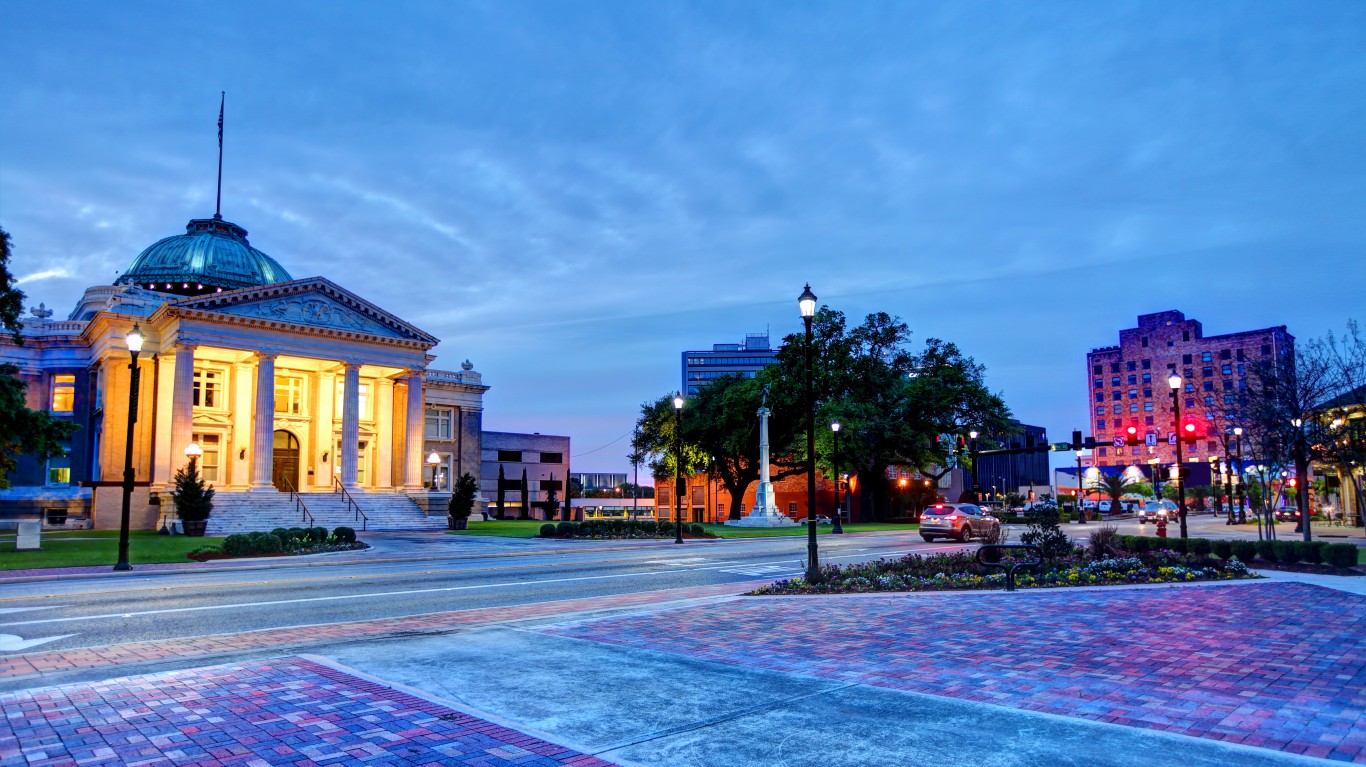 One factor contributing to the relatively large share of working poor in Lake Charles may be the population’s low educational attainment. Areas with low educational attainment are less likely to attract advanced industries and often have relatively few high-wage jobs available. Just 21.4% of adults in Lake Charles have a bachelor’s degree, far less than the 30.9% national rate.