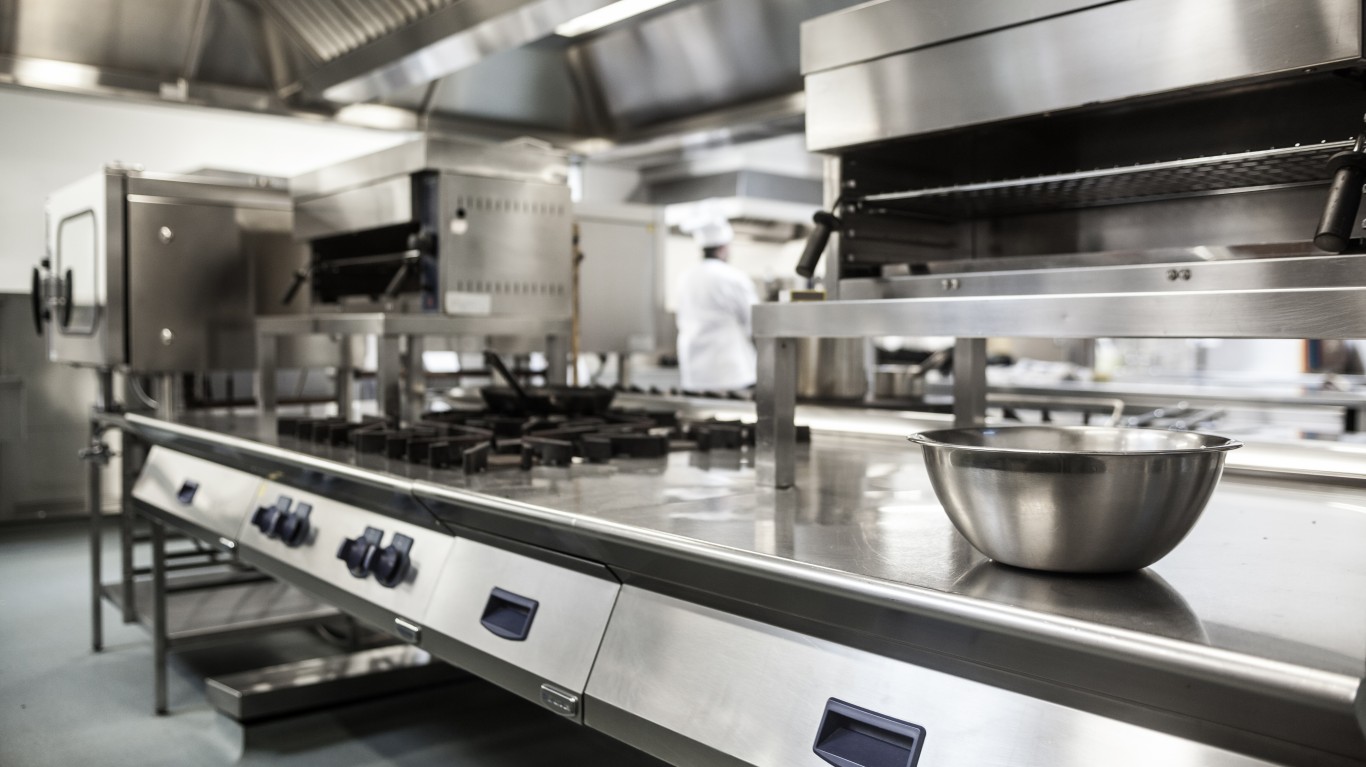 Along with the rise of food ordering apps (see below) has come the proliferation of so-called ghost restaurants — also known as cloud kitchens. These aren’t actual operating eating places, but rather kitchens (or portions of kitchens) devoted exclusively to producing food ordered for delivery online. Sometimes they operate out of full-service restaurants, using underutilized space or personnel, and sometimes they’re set up as freestanding facilities — but wherever they function, they’ve been called the hottest trend in food service today. 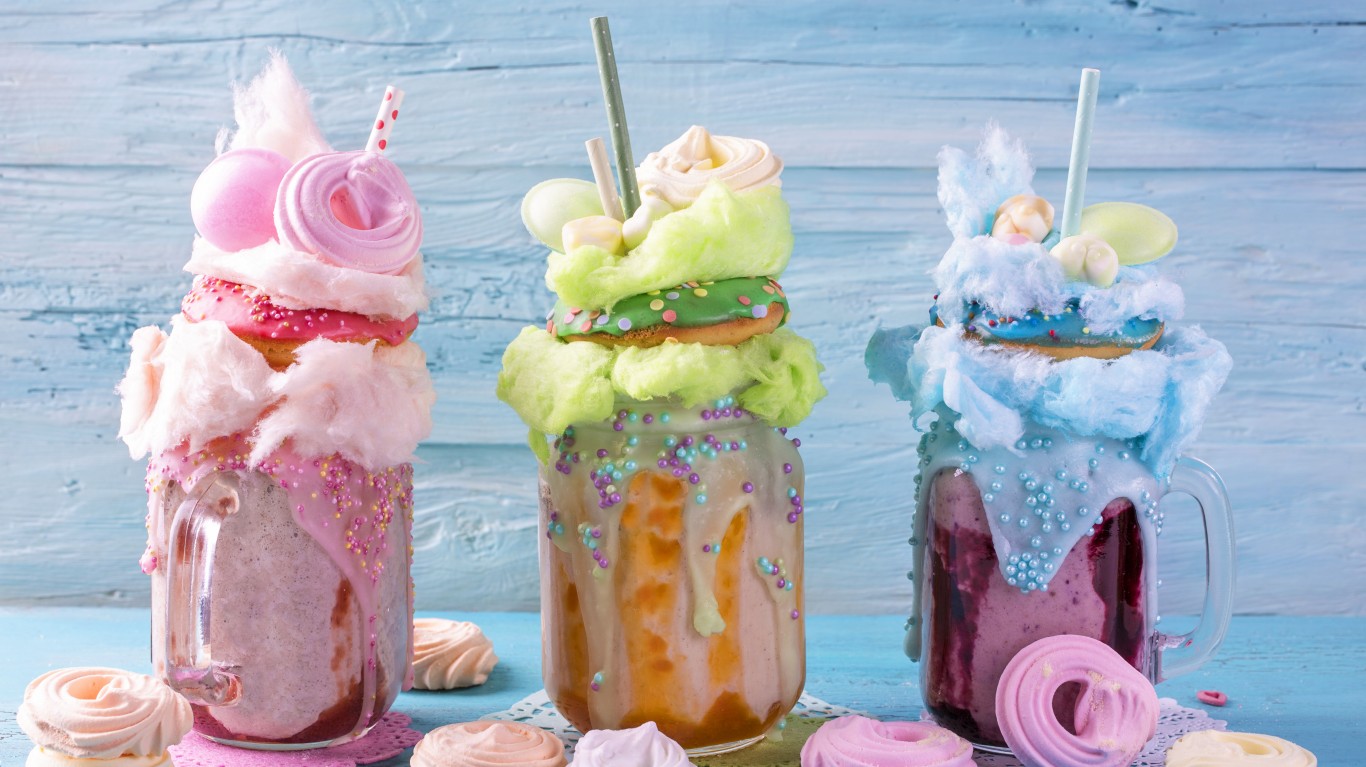 First it was crazy Bloody Marys, with that traditional brunch cocktail garnished with everything from hamburgers and fried chicken to fish sandwiches and lobster claws. Now the over-the-top accoutrement fad has gravitated to the dessert menu. According to the iconic milkshake-machine-maker Hamilton Beach, the trend apparently started in Australia in 2015, where the concoctions were dubbed Freakshakes. New York City’s Black Tap ran with the idea the following year, piling various combinations of cotton candy, lollipops, pretzels, M&Ms, marshmallows, candy canes, caramel apples, and other confections atop its shakes. The trend has spread nationwide and shows no sign of abating. 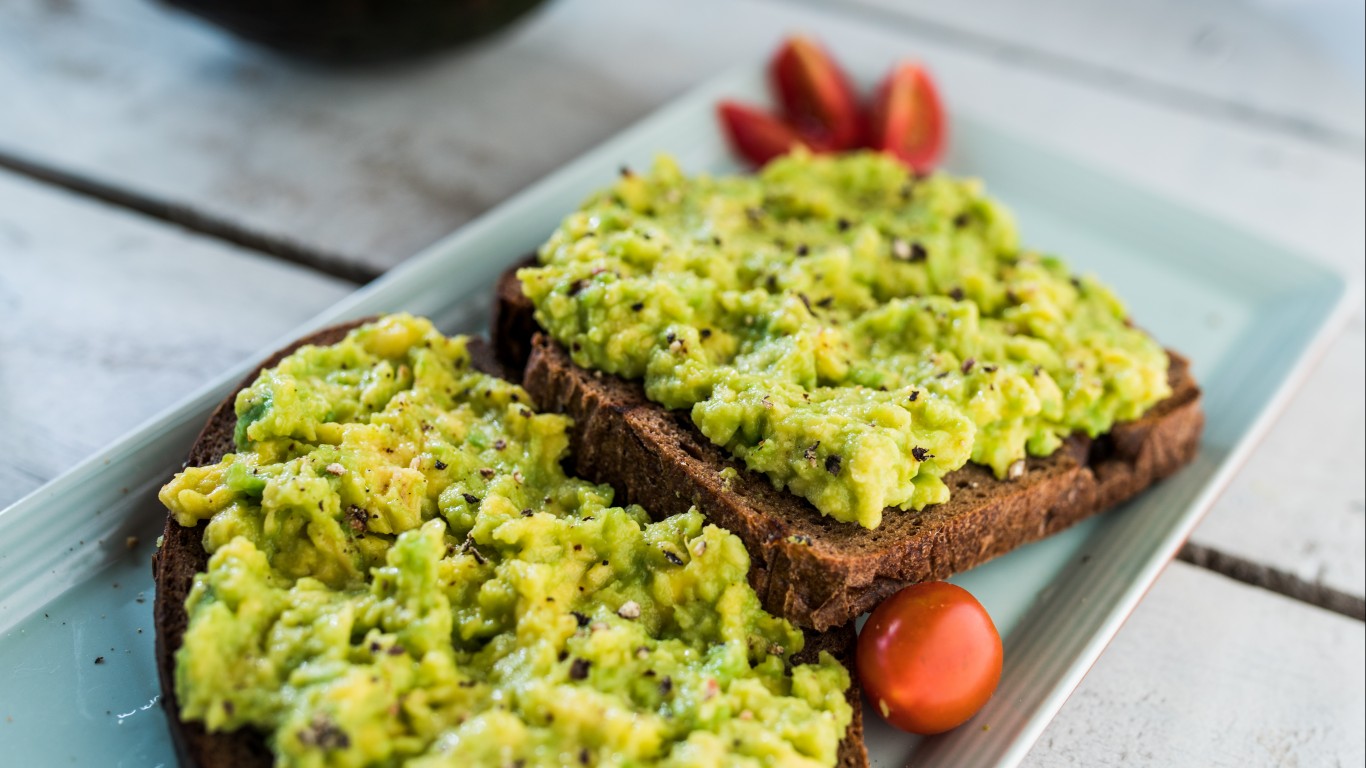 The idea of mashing avocado on toast is said to have been conceived at a restaurant called Bills in Sydney, Australia in 1993, but avocado toast didn’t become a full-fledged U.S. millennial cliché until 2013, when Gwyneth Paltrow included a recipe for it in her cookbook “It’s All Good.” Avocados aside, the artisanal toast trend in America was probably really kicked off a year earlier, after a young L.A. chef named Jessica Koslow put ricotta toast with homemade jam on the menu at her restaurant Sqirl. Today, besides avocado and ricotta, toast might be topped with bananas, nut butters, tomatoes, beans, radishes — almost anything you can think of. When artisanal toast stops being toast and becomes an open-face sandwich isn’t clear. 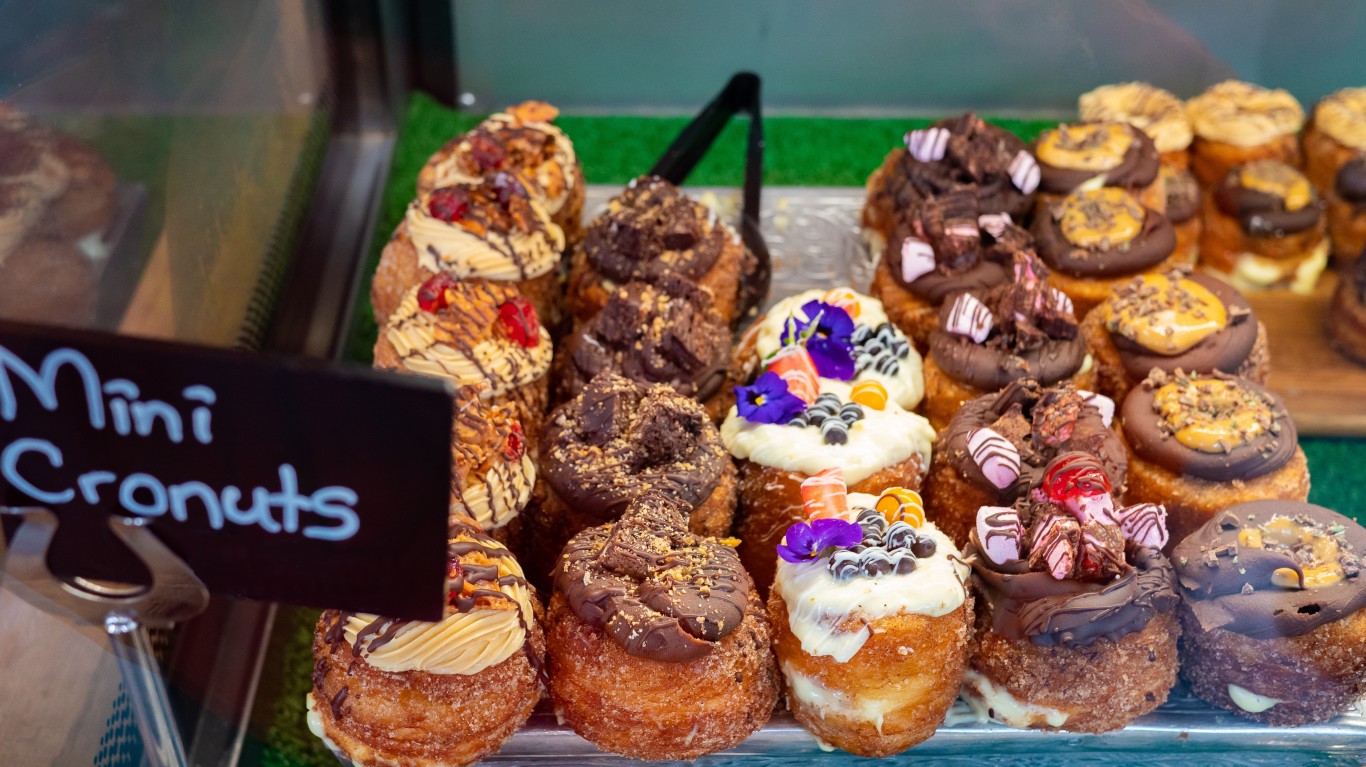 Cronuts and other pastry hybrids

In 2013, French-born New York City pastry chef Dominique Ansel had the bright idea of making a doughnut out of flaky croissant dough, dubbing it the cronut. After a review on Grub Street, his bakery was thronged — and it remains so to this day. The cronut has been copied all over America, and has inspired such other mashups as Cruffins (croissant-muffins), Bonuts (biscuit-doughnuts), and the Cherpumple (three kinds of pie layered inside three kinds of cake). 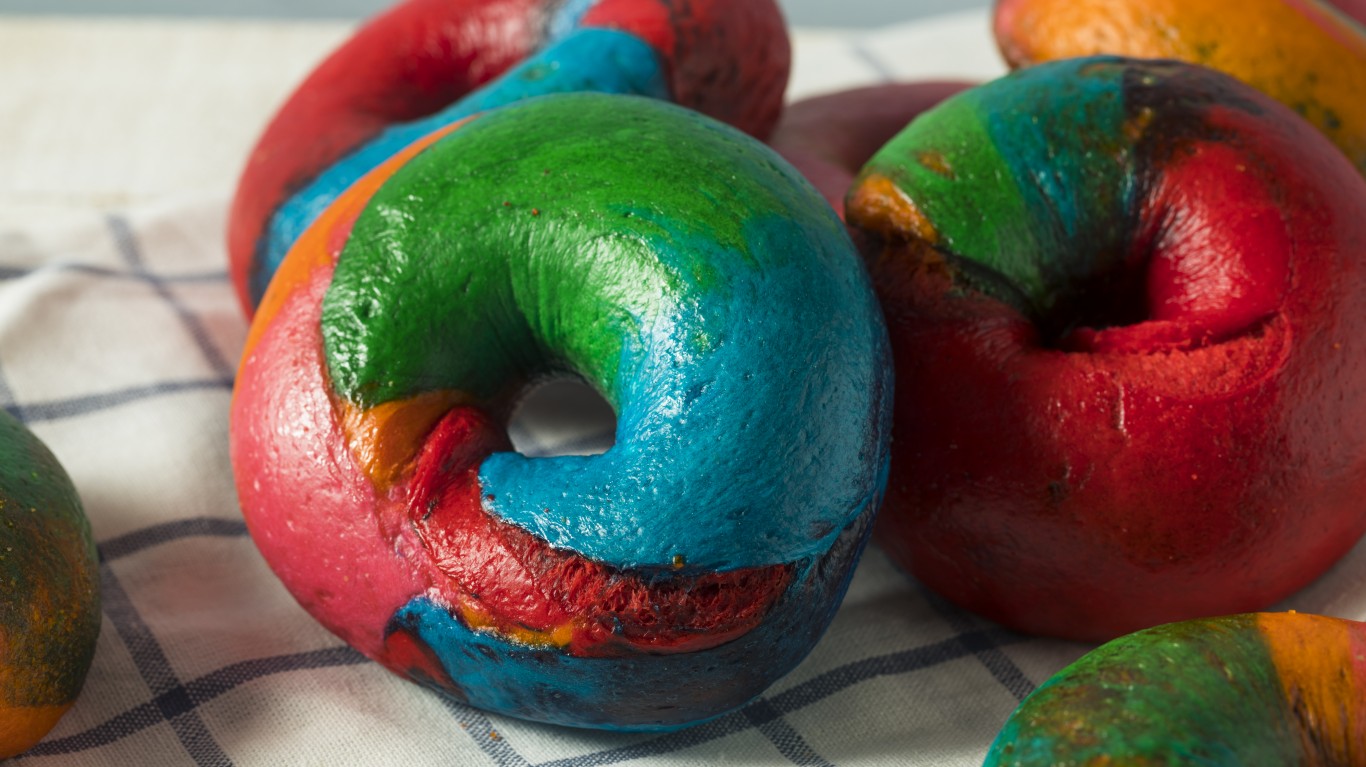 When nutritionists advise people to “eat the rainbow,” this isn’t what they have in mind. (The phrase is just advice to eat a wide range of fruits and vegetables.) Rainbow food in the trendy sense consists of baked goods and other items striped or layered with many colors — what Eater described as “foods that look like they belong in a Lisa Frank-designed universe populated by unicorns.” Rainbow bagels may have gotten the trend started. “Bagel artist” Scot Rossillo of the Bagel Shop in Brooklyn says he invented these more than 20 years ago — but it was only in the mid-2010s that they started taking over social media. Now there’s rainbow cake, rainbow doughnuts, rainbow pasta, rainbow burger buns, rainbow popcorn balls, rainbow grilled cheese, and much more.