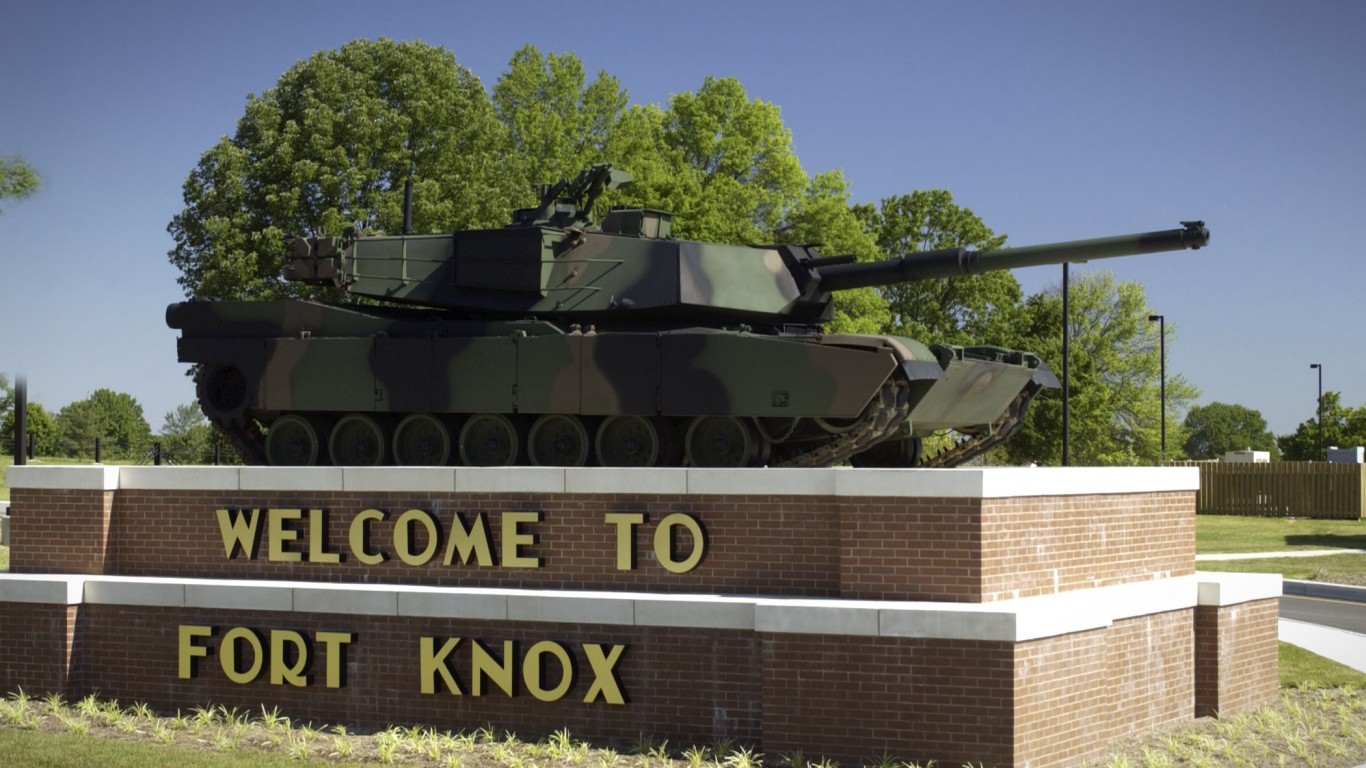 The Elizabethtown-Fort Knox metro area in Kentucky partially shares a name with its the largest military installation. There are 5,266 troops assigned to Fort Knox, an Army installation that serves as a training facility and houses 147.3 million ounces of gold — equal to half the U.S. Treasury’s total reserves.

In addition to the active-duty service men and women in the metro area, there are over 17,000 veterans and as many as 7,217 dependents of active duty troops. Between salaries, pensions, general operating costs, and other expenses, the Department of Veterans Affairs spent nearly $151 million in the metro area in 2018 alone. 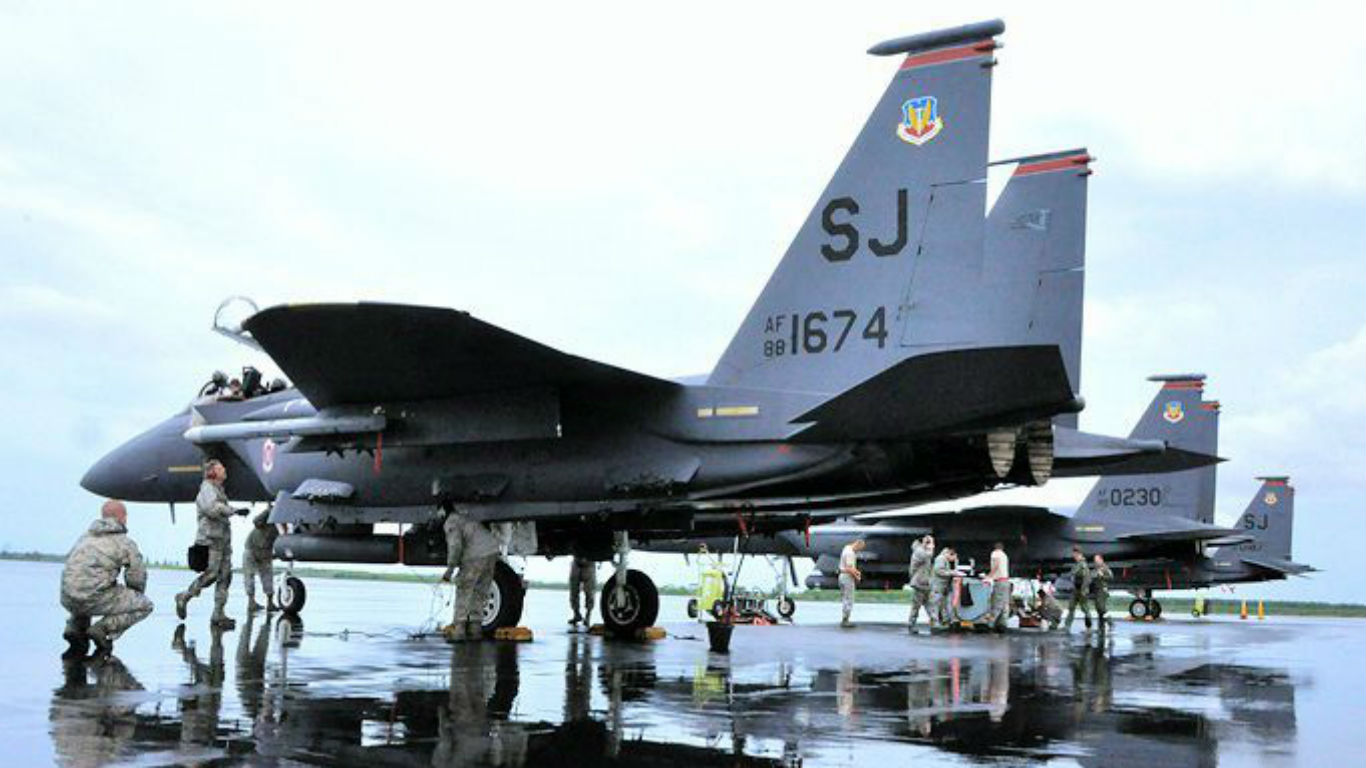 Seymour Johnson Air Force Base was created barely six months after the United States entered World War II, when the government established a technical school just outside of the town of Goldsboro, which is about 54 miles southeast of Raleigh. The facility was deactivated after World War II and reactivated in 1956 as a tactical air command base. The base is home to all of Goldsboro’s 4,502 active duty military service members, and is home to the 4th Fighter Wing.

As is the case in most of America’s military cities, Goldsboro has a relatively large veteran population. Approximately 10% of the area’s population has served in the U.S. armed forces, the 22nd-highest proportion out of metro areas with military bases and nearly double the national percentage of 5.5%. 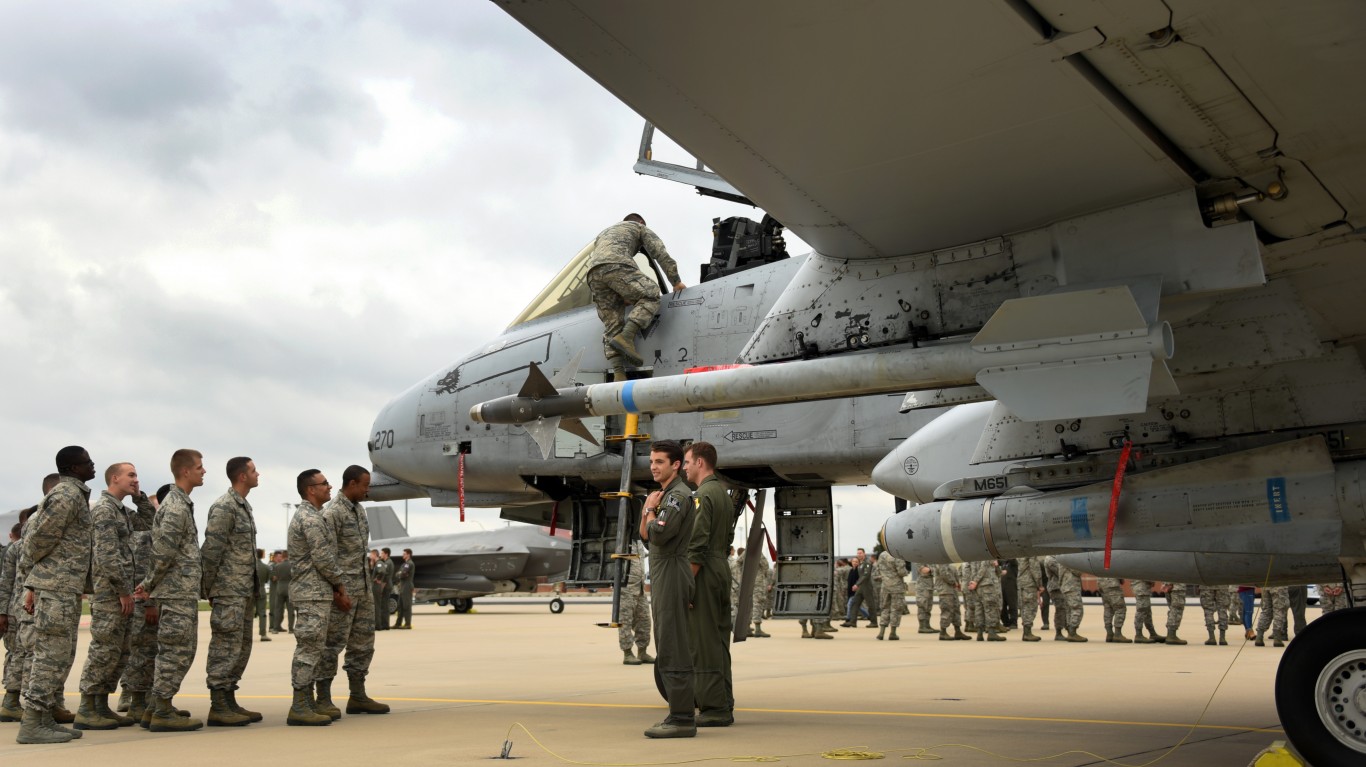 There are nearly 6,000 active-duty troops living in Wichita Falls, Texas, comprising nearly 4% of the metro area’s total population. The area is home to Sheppard Air Force Base, which is not only the largest Air Force training base in the country, but also the only base that conducts both technical and flying training.

As is often the case in areas with large military populations, Wichita Falls is also home to a large number of former military personnel. Nearly one in every 10 metro area residents has previously served in the military. 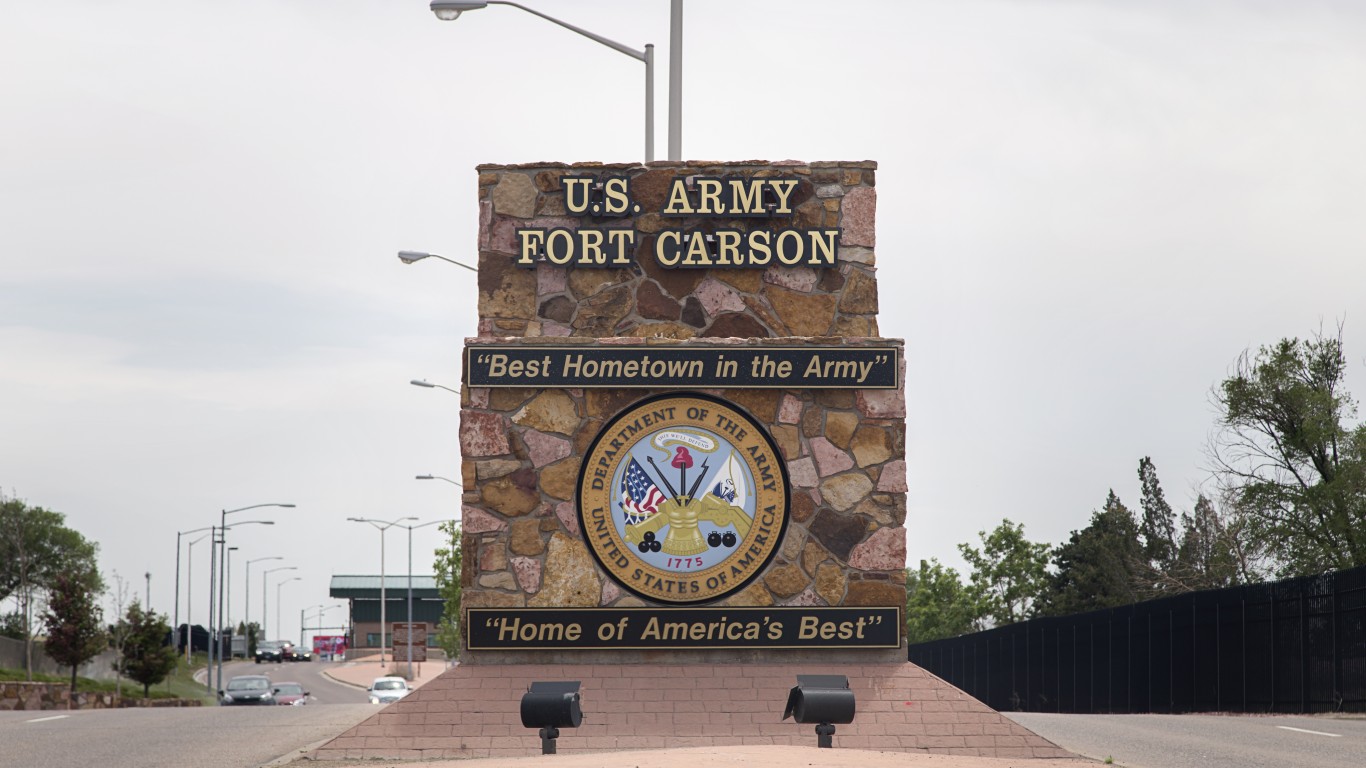 The Colorado Springs area is most famous as home to the United States Air Force Academy. The biggest military installation in the area, however, is Fort Carson, with 23,955 troops. Fort Carson trains troops in rough terrain conditions such as mountainous regions.

Fort Carson, which calls itself the “Best Hometown in the Army,” is home to one of the higher numbers of dependents of military members at 42,864. It also has the second-highest total of veterans on our list at 84,542, which comprises 11.4% of the metro area’s population. 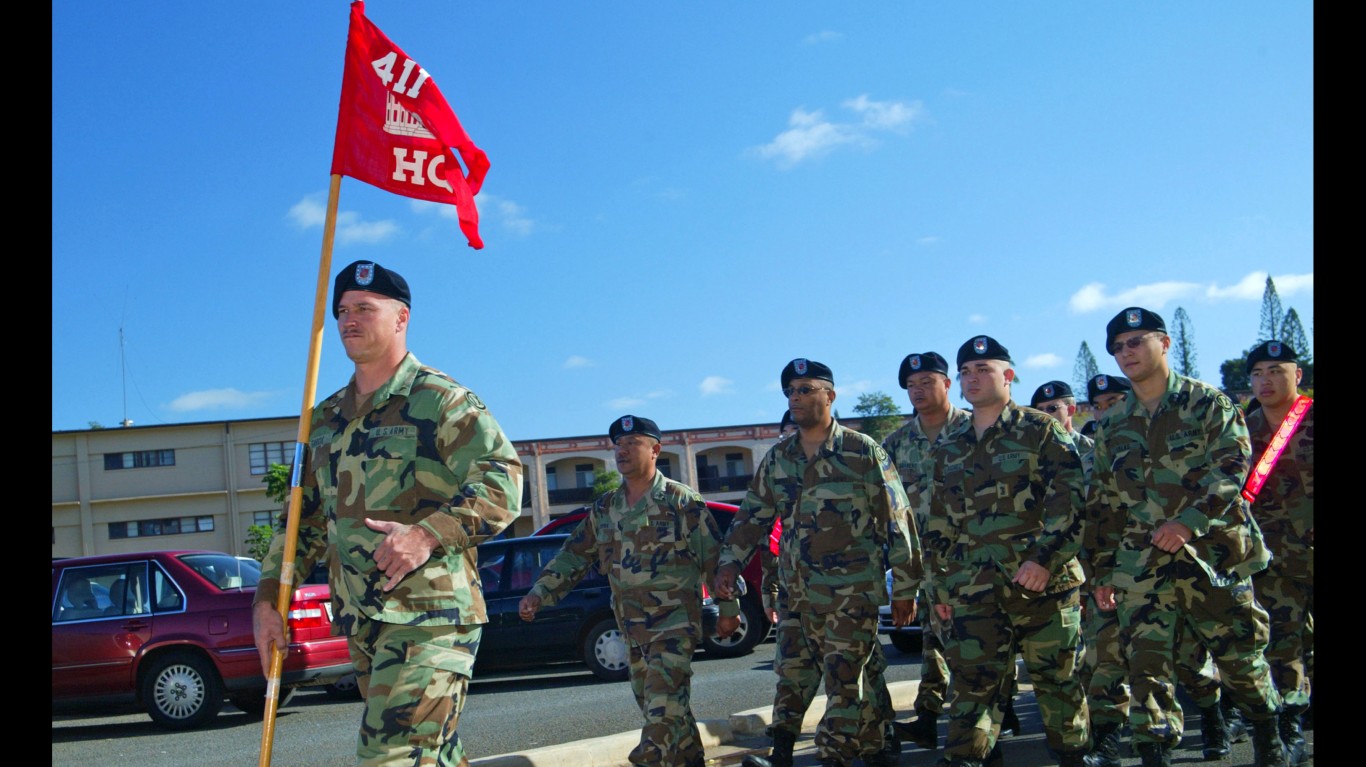 Due to the presence of the Schofield Barracks and the Army’s 25th Infantry Division, in addition to several bases for other branches of the military, there are nearly 43,000 active duty service men and women living in the Honolulu metro area. Troops in the area support over 50,000 dependent family members. Additionally, there are 74,153 metro area residents who have previously served in the military. Between salaries, pensions, general operating costs, and other expenses, the Department of Veterans Affairs spent nearly $760 million in the metro area in 2018 — equal to more than three-quarters of its total spending in Hawaii last year.