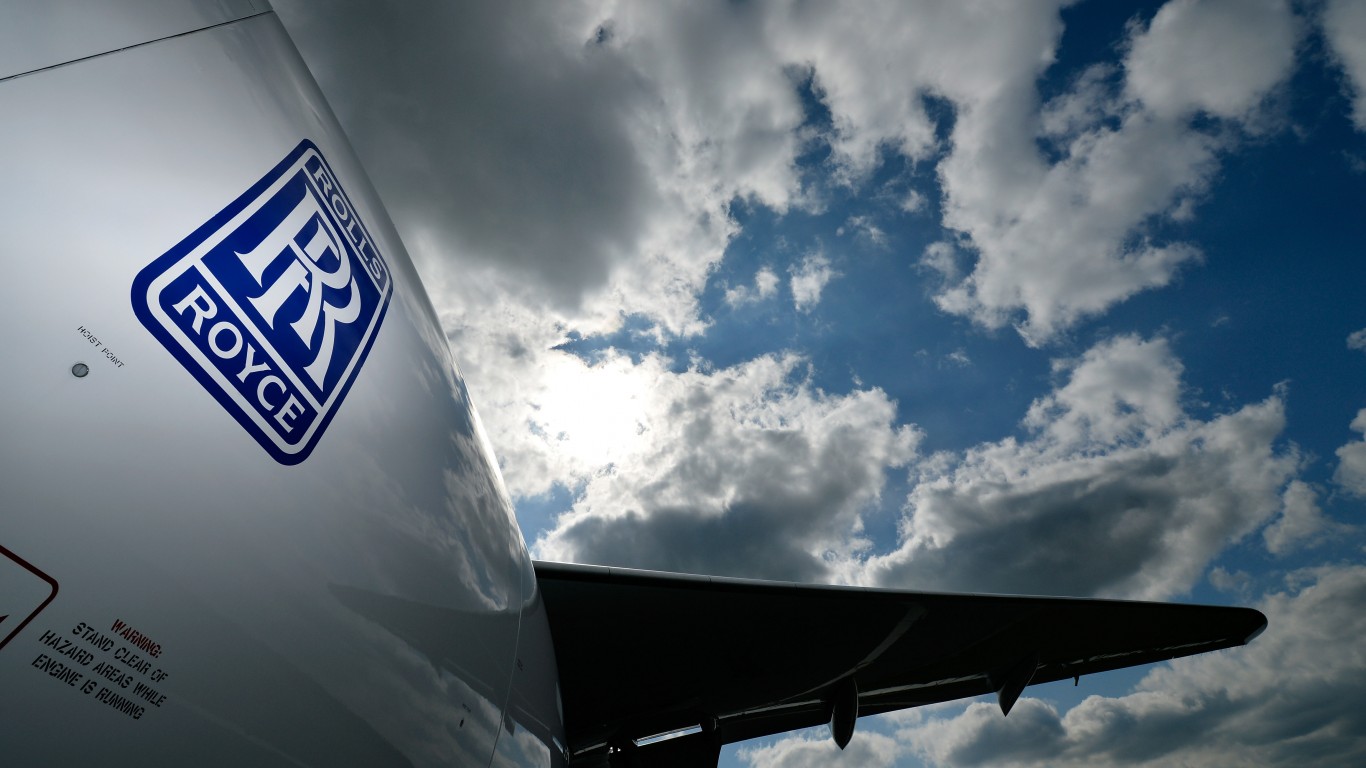 Rolls-Royce Holdings is separate from Rolls-Royce Motor Cars, the luxury automobile manufacturer that was sold to German group BMW in 1998. While Rolls-Royce Holdings sold $4.7 billion worth of military products and services in 2018, arms sales accounted for a relatively small share of the company’s total revenue. Today, the largest shares of Rolls-Royce Holdings’ revenue comes from civil aerospace (48%), followed by power systems (22%), and defense (20%).

In 2018, it won a contract to maintain, repair and overhaul engines for the US Air Force Global Hawk and US Navy Triton fleets, which is worth about $420 million over six years. In November 2019, the company announced it had won a five-year $1.2 billion contract to maintain equipment on U.S. Marine Corps, Navy, and Air Force aircraft. 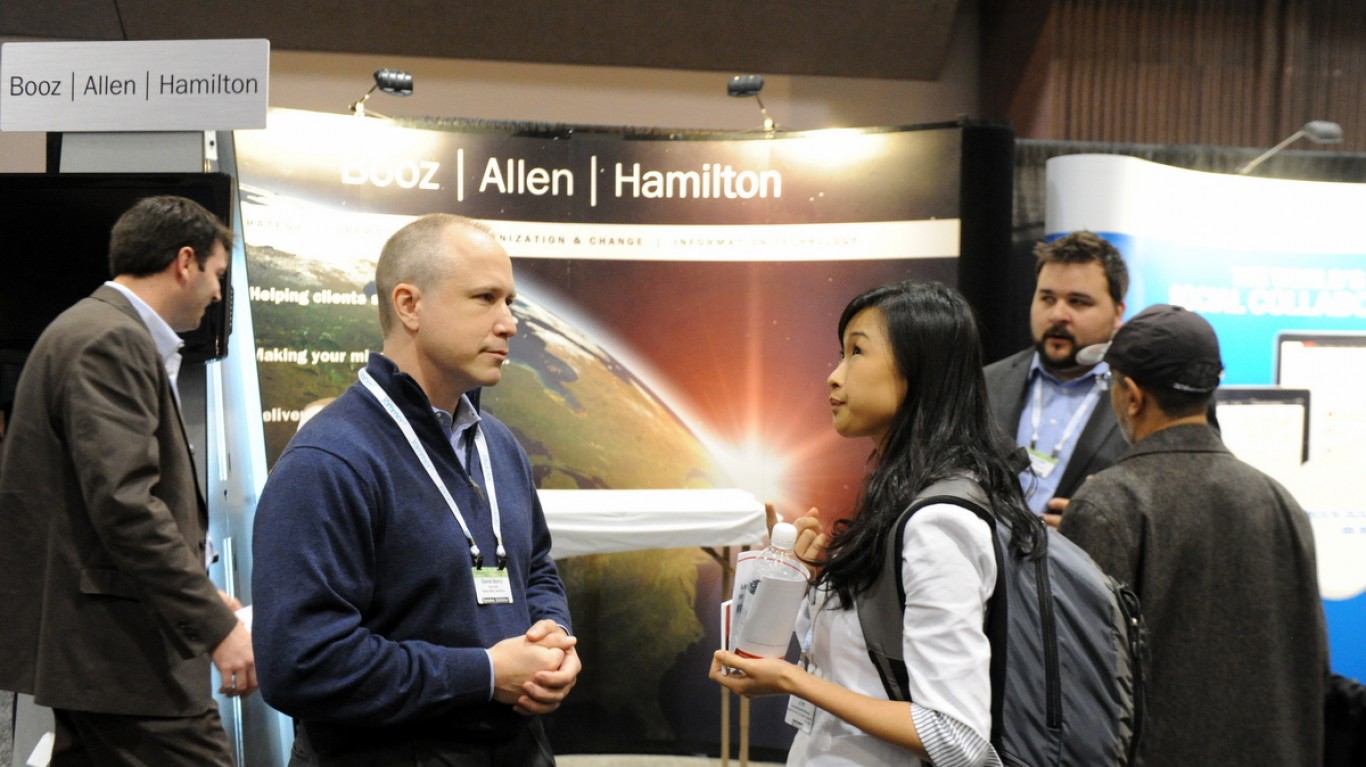 Moving up the list from the world’s 20th largest arms and military services provider to 19th, Booz Allen Hamilton reported total sales of $6.70 billion in 2018. The U.S.-based company relied on arms sales for 70% of that revenue, according to SIPRI estimates.

Like many defense contractors, Booz Allen Hamilton has reacted to U.S. plans to modernize its military — President Donald Trump proposed in 2017 a defense budget of $716 billion, a significant increase from previous years — by making investments in the space sector. Speaking to SpaceNews in July, Booz Allen Hamilton Senior VP Chris Bogdan said, “We don’t build satellites, rockets or rovers. We are investing in open architectures, artificial intelligence, machine learning, data visualization.” Congress approved this December a defense budget of $738 billion. 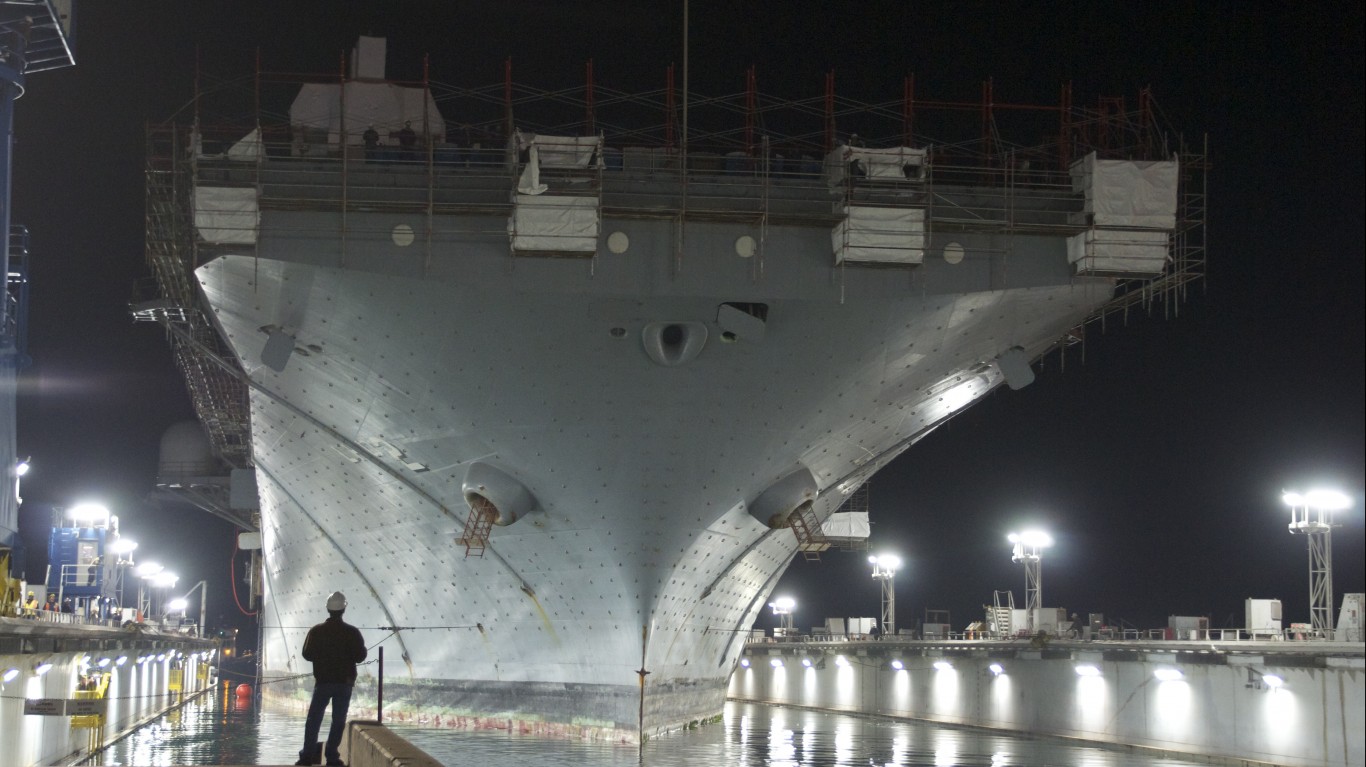 United Shipbuilding Corporation, the largest shipbuilding company in Russia, was established in March 2007. The state-owned defense contractor sold $4.7 billion worth of arms in 2018. Arms sales accounted for 84% of USC’s total revenue for the year.

In July 2014, U.S. Department of the Treasury added USC to a list of companies banned from doing business in the United States. The sanctions were imposed in response to Russia’s continued support for separatists in eastern Ukraine. 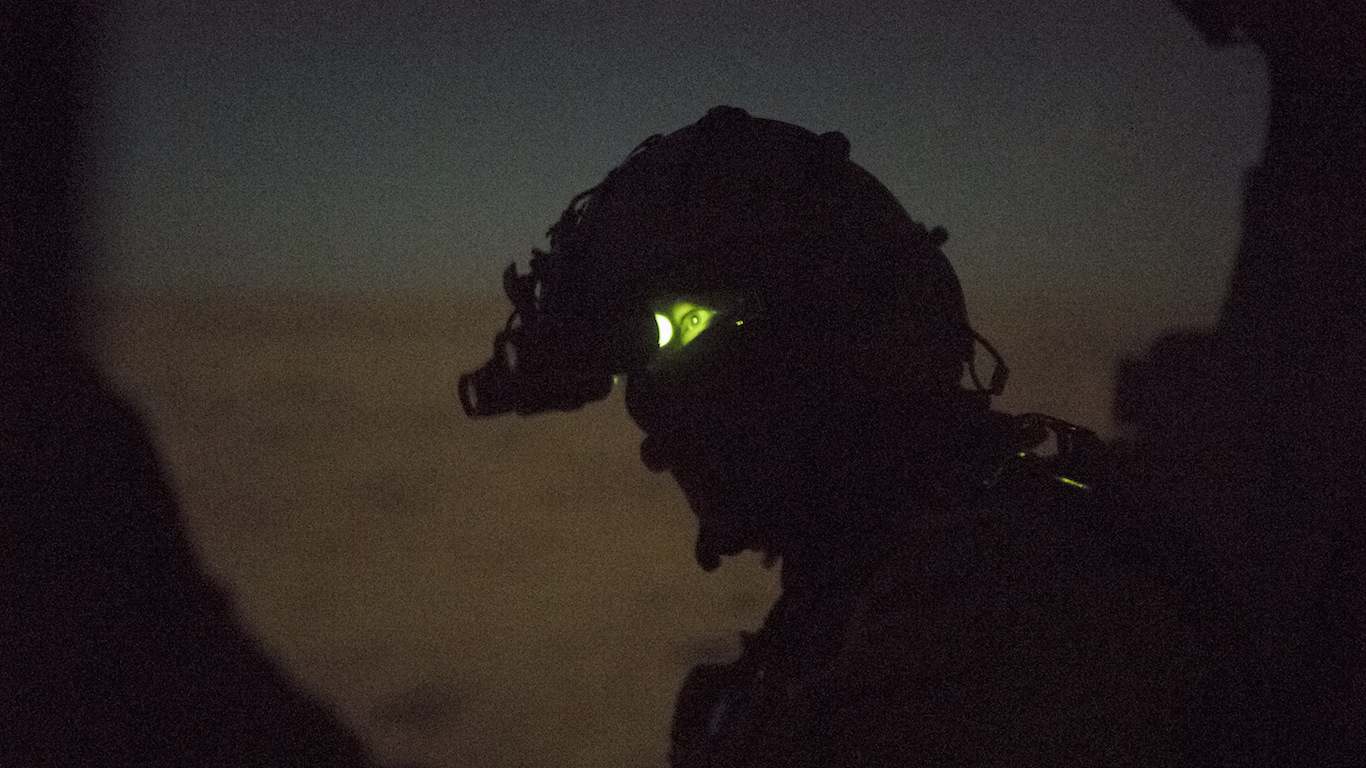 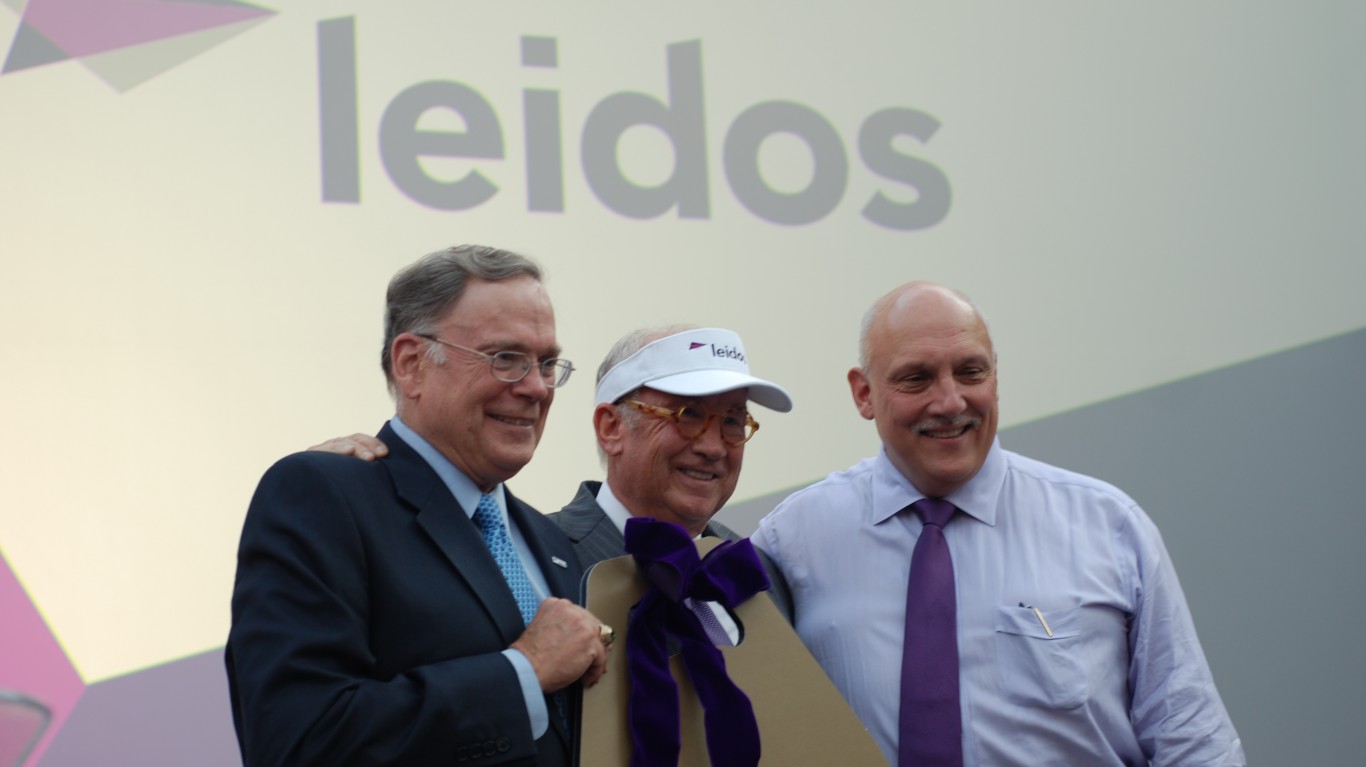 Virginia-based technology company Leidos reported an annual revenue of $10.2 billion in 2018. About half the revenue came from the company’s defense and intelligence division. The company’s services include IT infrastructure, data analytics, cyber security, logistics, surveillance vehicle and equipment development and maintenance, and consulting. Its defense clients include the U.S. Air Force, Army, Navy, and NATO.

The company’s history with the federal government goes back to its founding in 1969. The U.S. government was the company’s first customer when it hired Leidos to analyze nuclear weapon effects for $70,000. More recently, the company was awarded a contract, with a five-year base period, worth a maximum of $6.5 billion, to operate and sustain the Department of Defense Information and System Networks.