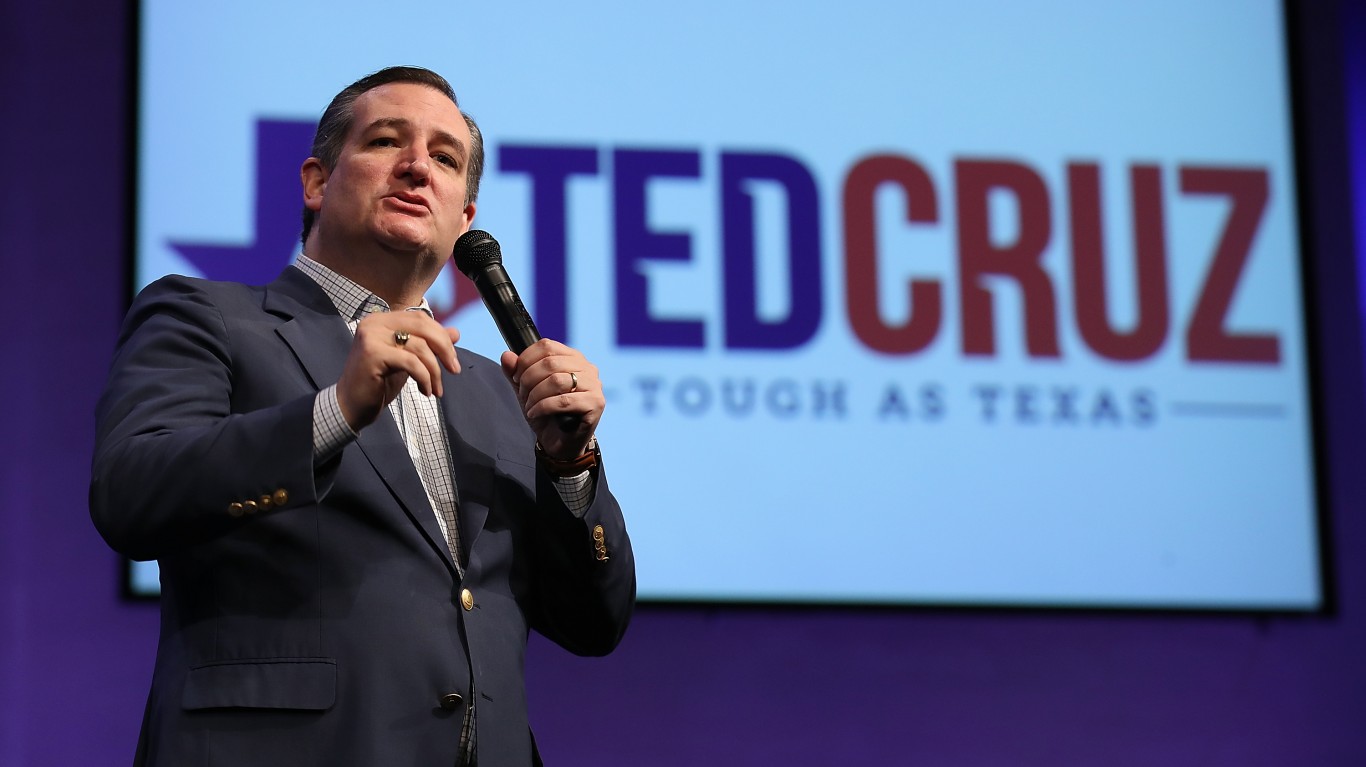 Florida Sen. Ted Cruz, who gained notoriety as the Tea Party darling after a surprising victory for the Senate seat in 2012, won the Iowa caucuses in 2016. He beat Donald Trump and Marco Rubio by 3 and 6 percentage points, respectively, in the first-in-the-nation contest. He won by positioning himself as the most conservative candidate in the field.