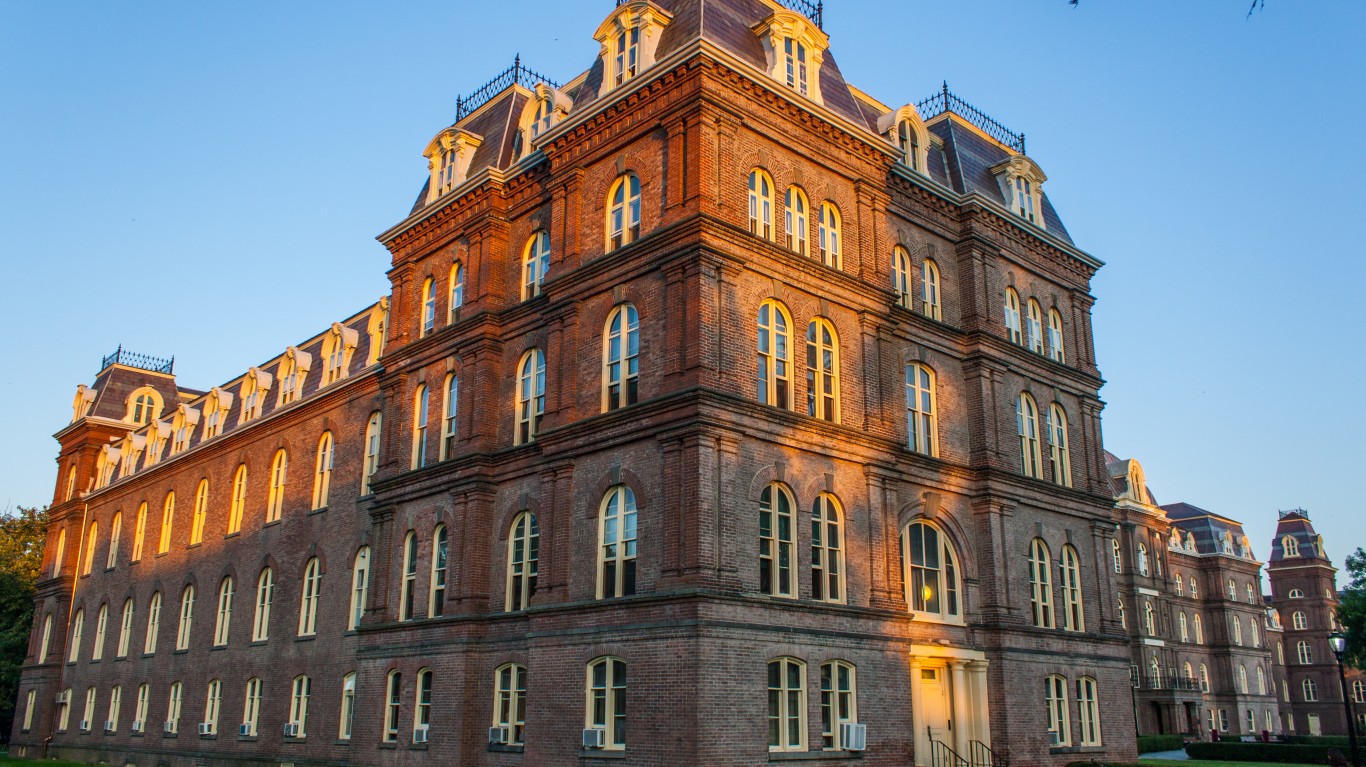 Vassar is a liberal arts college in New York with a diverse student body. Founded in 1861, it is one of the “Seven Sisters” colleges, a group of elite schools initially opened as female-only institutions. It did not accept male students until over a century later, and its student body today is 59% female. Vassar has produced several notable suffragettes like Inez Milholland and Crystal Eastman, as well as former New York state senator Catherine Abate. 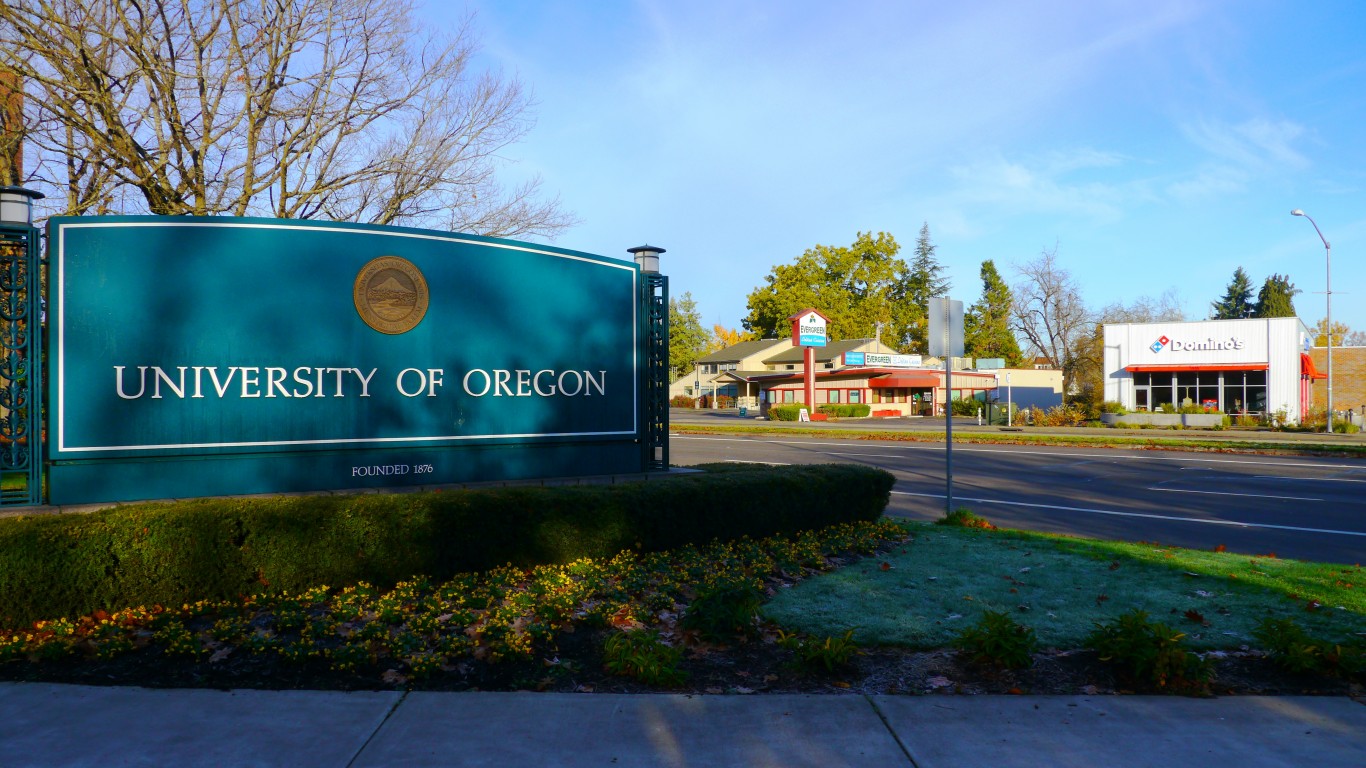 The University of Oregon is one of just a handful of large public universities to rank among the most liberal colleges in the country. Eugene is located in Oregon’s 4th Congressional District, which has been represented by Democrat Peter DeFazio, a school alumni, since 1987. Current Democratic senator from Oregon Ron Wyden earned his law degree at the university. Another notable alumni is Oregon’s first and only female senator, Maurine Neuberger, who was well-known for pushing a progressive agenda.

24/7 Wall St.
The Least Popular Members Of Congress From Every State 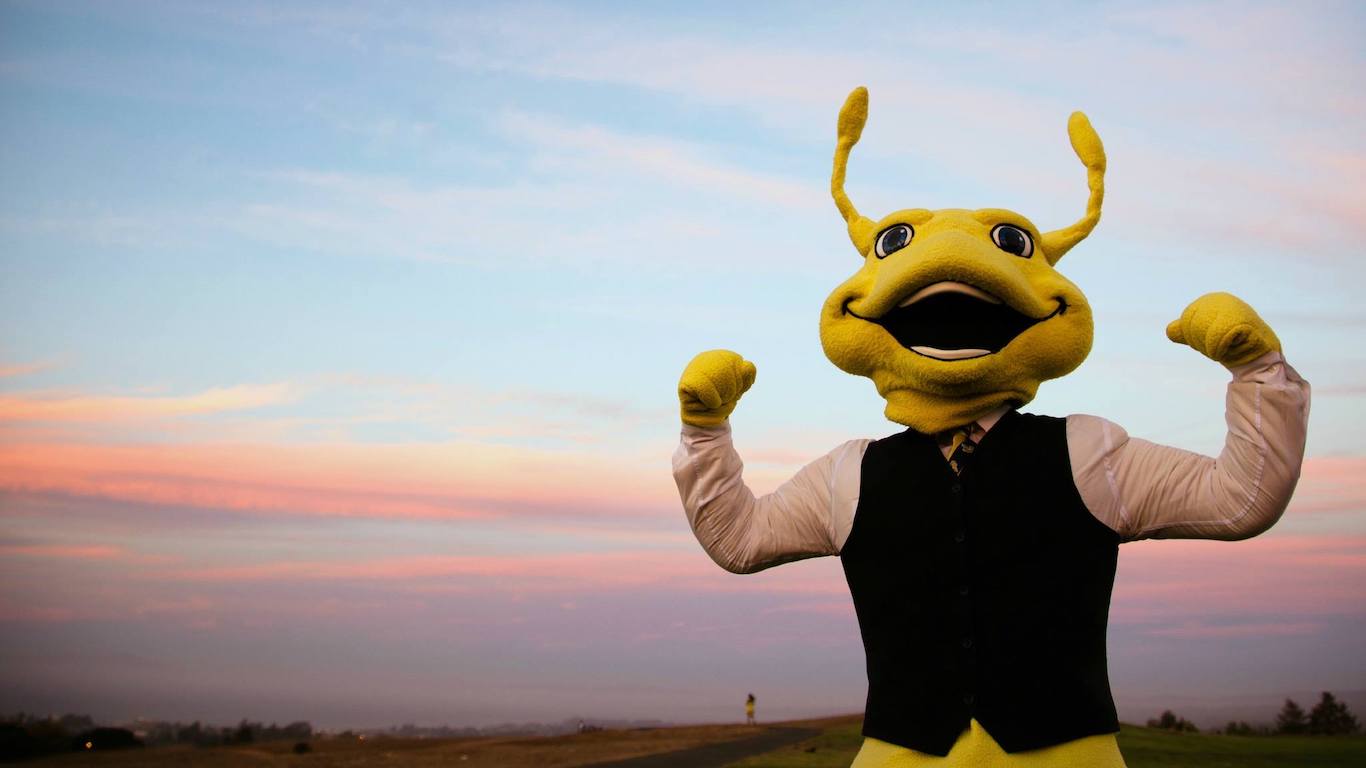 The University of California-Santa Cruz, located among state parks and nature reserves, has an intense focus on the environment. The school has billed itself as a national leader in sustainability, pledging to become completely carbon neutral by 2025 — the first major university to promise such a feat. Co-founder of the Black Panther Party Huey Newton earned his doctoral degree in social philosophy from UC Santa Cruz. 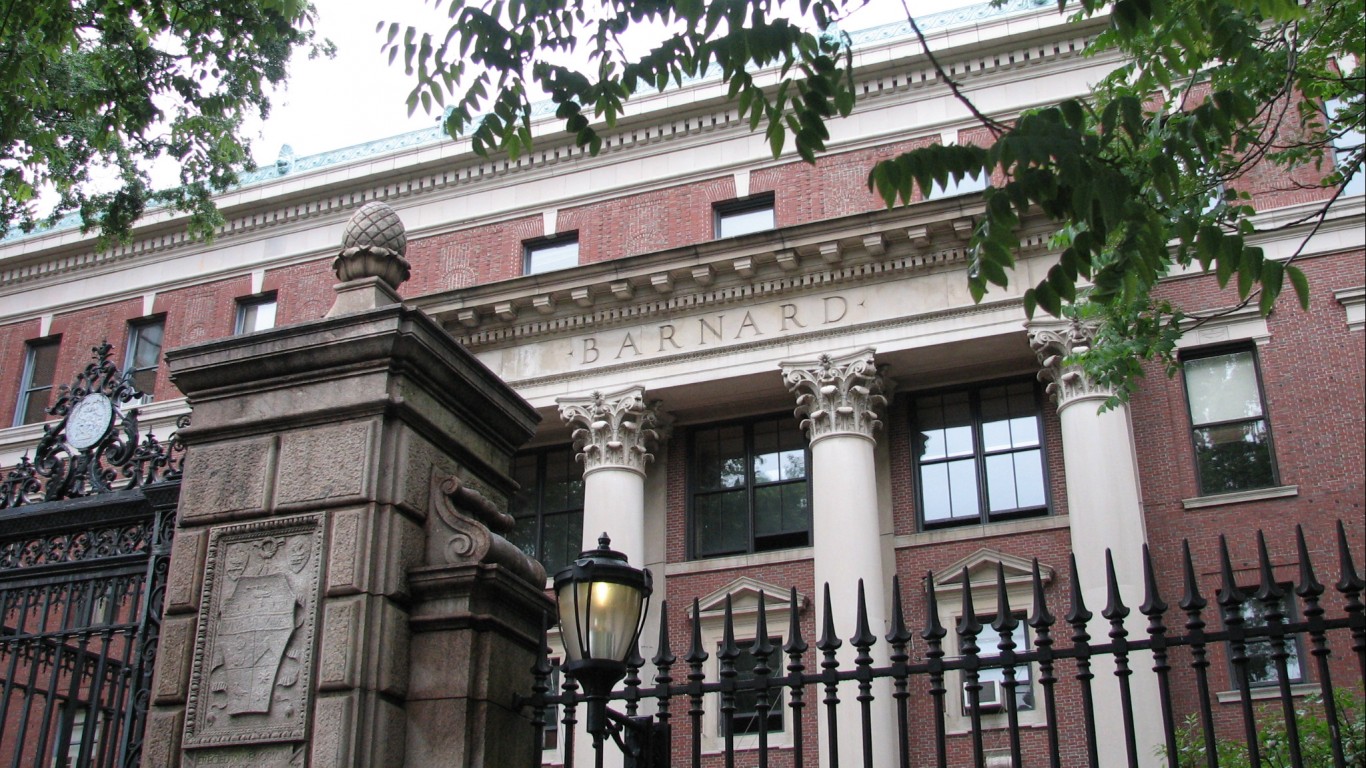 Barnard College (CC BY 2.0) by WalkingGeek

Barnard College is one of several schools located in and around New York City to rank among the most liberal colleges in America. It is also one of several “Seven Sisters” colleges to rank among this list. Barnard is still attended exclusively by women and has produced many notable progressive figures, including ACLU president Susan Herman and writer Zora Neale Hurston. 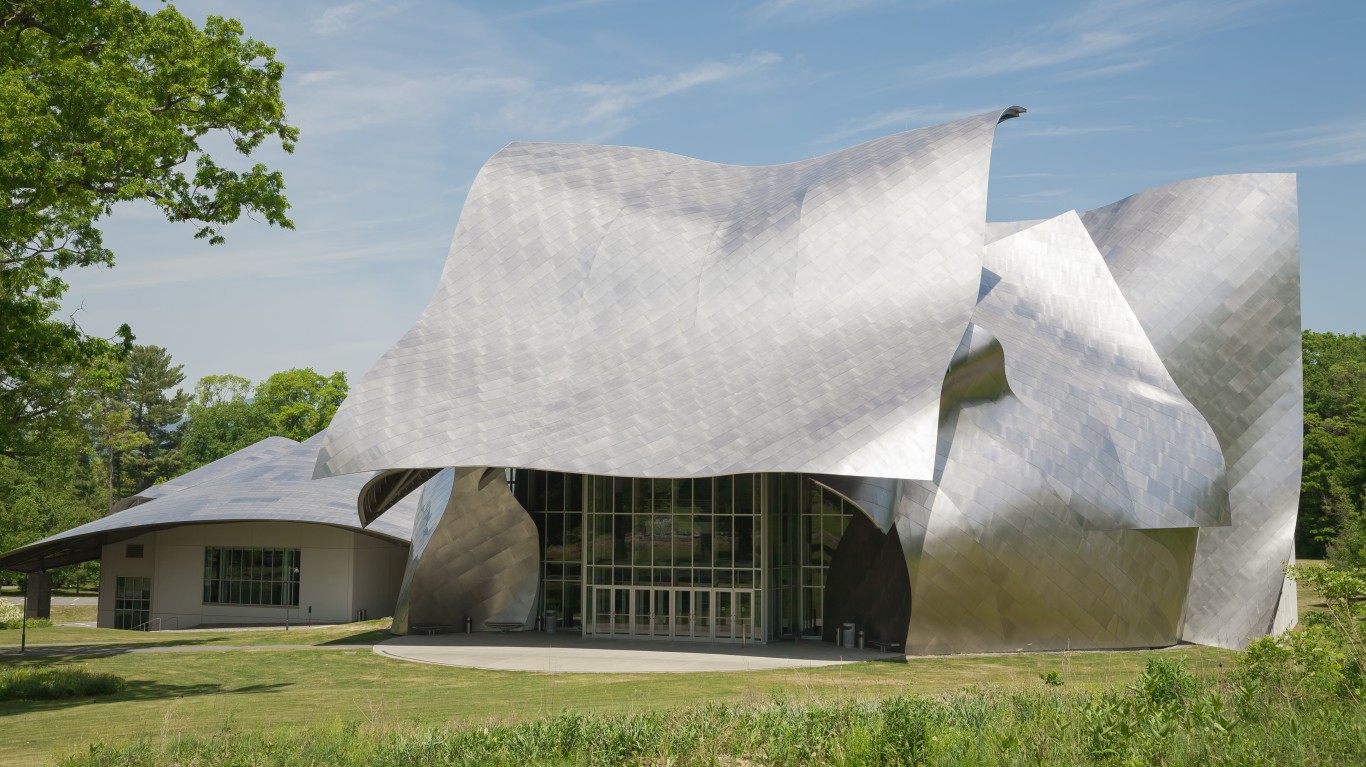 Bard College is a small liberal arts institution located 90 miles north of New York City. In the 20th century, the school began to stand out as a progressive institution, focusing on a student’s overall development as opposed to just school work. It was the first to give full academic status to students studying performing arts and one of the first schools in America to offer students the option of majoring in human rights.