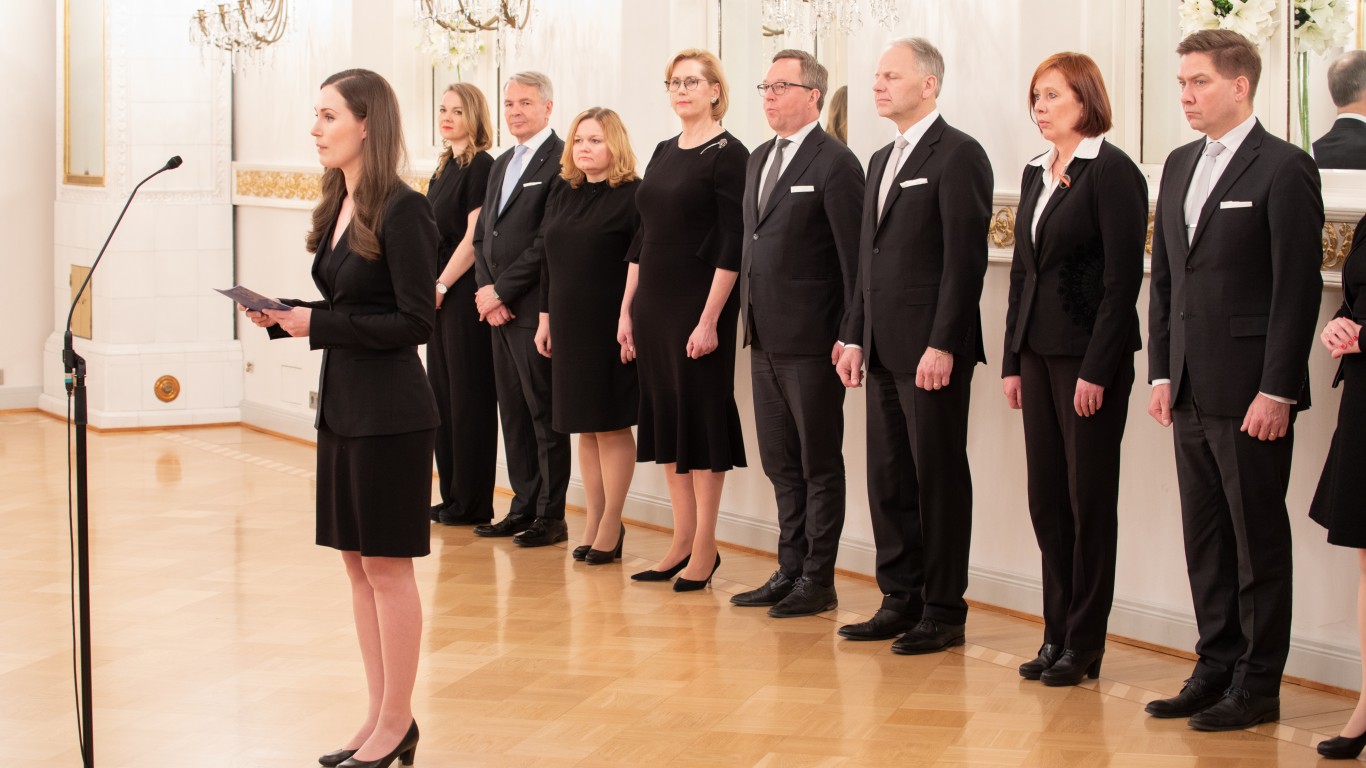 When 34-year-old Sanna Marin was sworn in as prime minister of Finland in December, she became the youngest leader of a nation in the world. Marin, whose star has been rising since she first was elected to the Finnish Parliament in 2015, succeeded Antti Rinne, who resigned over his handling of a postal strike. Marin is considered to be a left-tilting politician who is focused on equality, improving social welfare, and climate change. Scandinavian countries are among the most progresive when it comes to gender parity, and Finland is no exception. All of Finland’s major political parties are headed by women, and three of the leaders are under 35 years old.