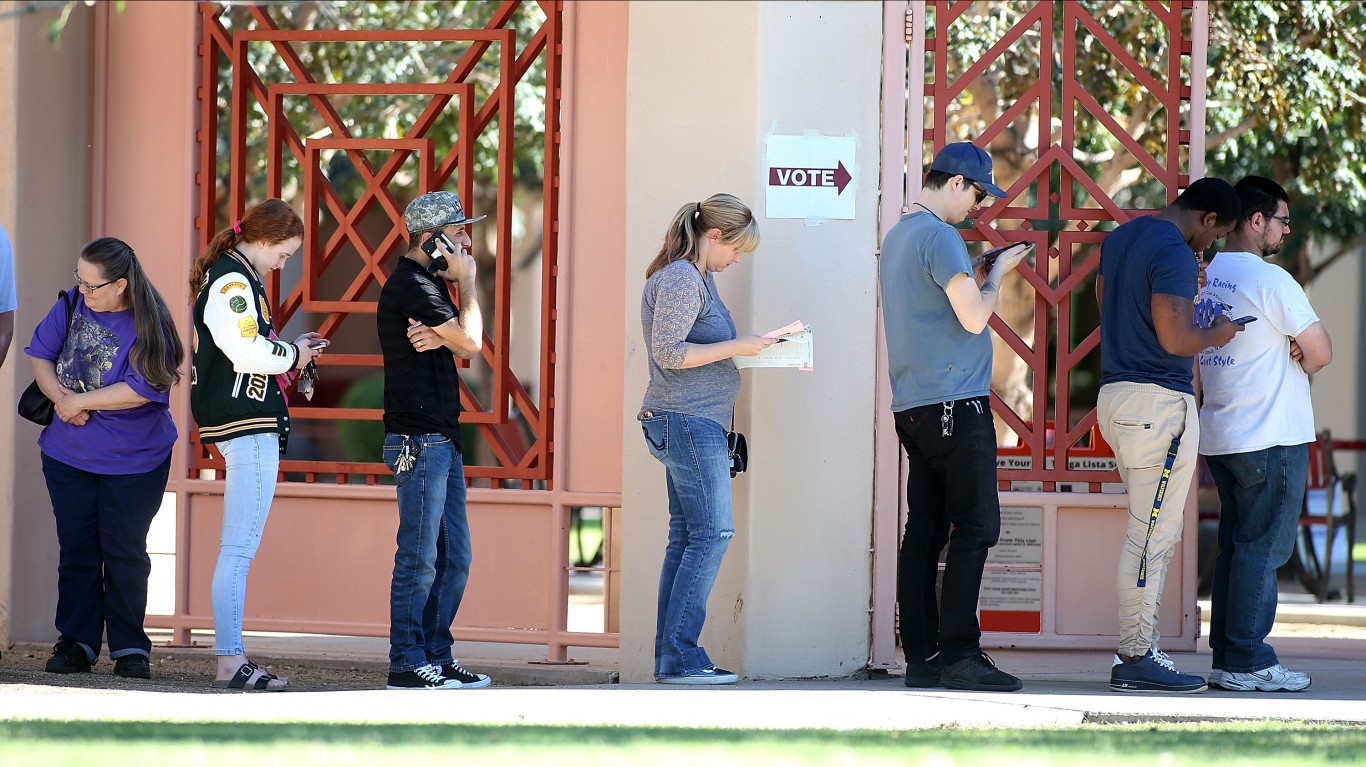 President Donald Trump won Arizona’s 11 electoral votes in 2016 by a 3.5 point margin over his Democratic challenger Hillary Clinton. Though Arizona has not voted for the Democratic presidential candidate since 1996, this year, it has become a battleground state. In fact, most major polls in the state have Democratic nominee Joe Biden ahead of the incumbent president by several points as of mid-September.

Several factors may help explain Arizona’s apparent shift to the left. First, the state has a large and growing Latino population, a demographic that votes largely Democratic. Additionally, the sprawling Phoenix metro area is home to about two-thirds of the state’s population, and suburban voters have become increasingly likely to vote Democratic since 2016 — both in Arizona and nationwide. 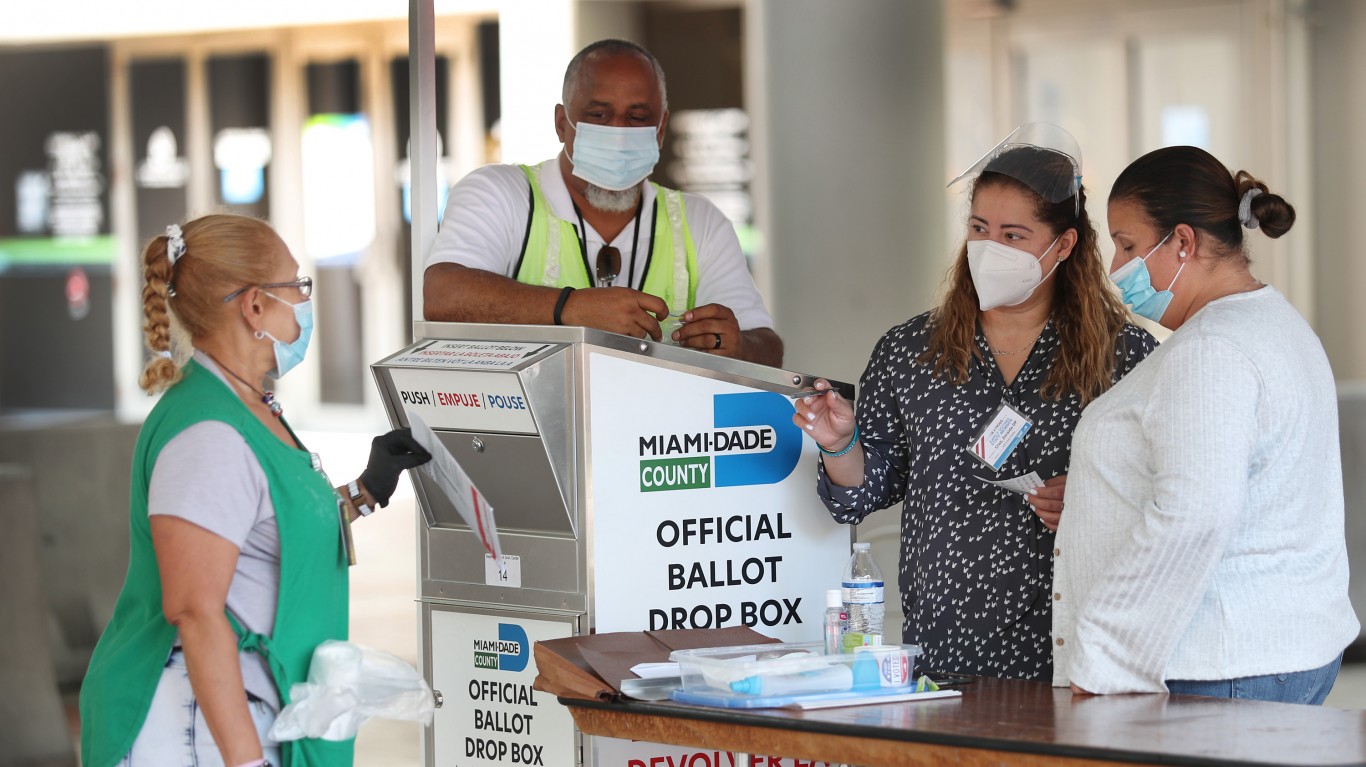 Worth 29 electoral votes, Florida has historically been one of the most coveted and hotly contested battleground states — and this year is no different. The Sunshine State went to Republican George W. Bush in both 2000 and 2004 before going to Democrat Barack Obama in 2008 and 2012. Though Florida went to Trump in 2016 by a slim 1.2 point margin, Biden currently has a slight advantage in the polls.

Florida is a massive state, home to over 21 million people of a wide range of demographic backgrounds and political interests — and as a result, there is no prototypical Florida voter. Appealing to the broadest possible segment of voters in the state is critical for both Trump and Biden. The last candidate to win the presidency without winning Florida was Bill Clinton in 1992.

24/7 Wall St.
The Most Republican County in Each State 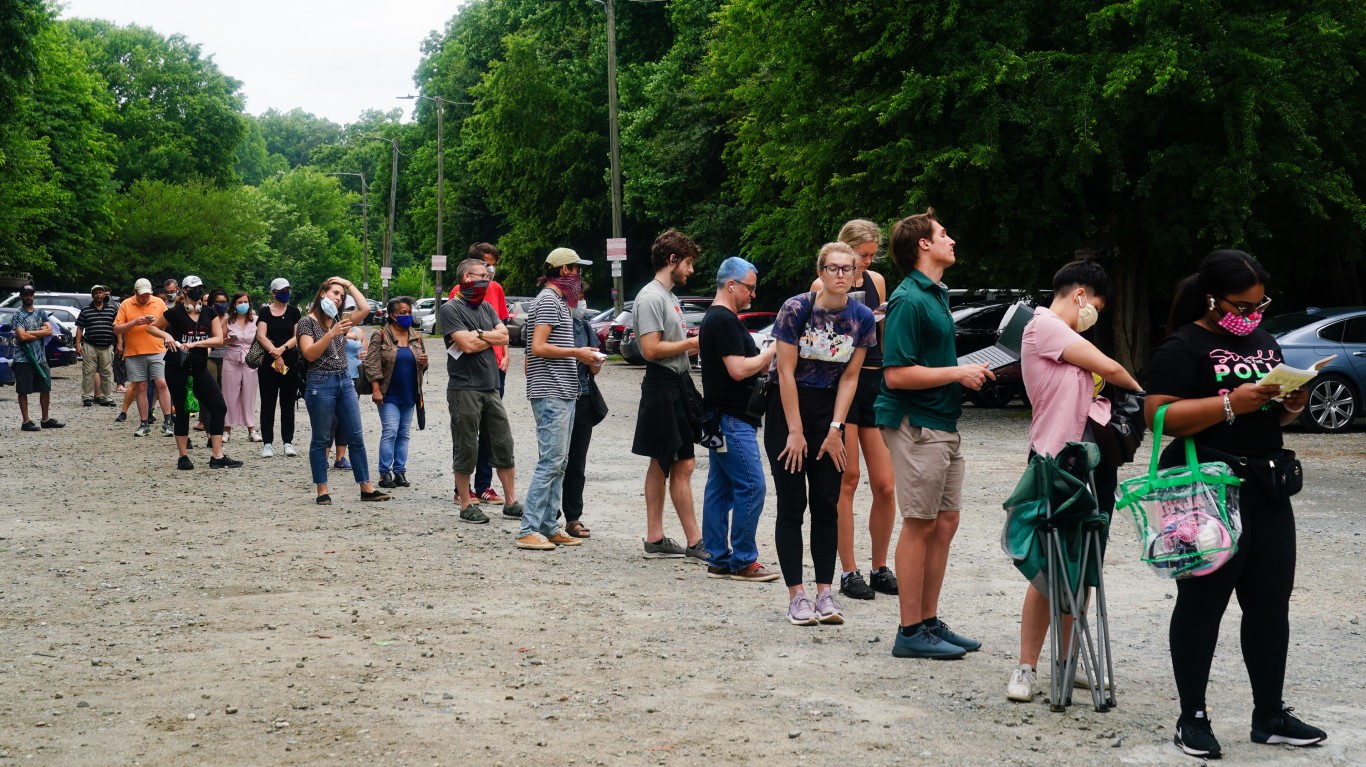 Since going to its native son Jimmy Carter in 1980, the only time Georgia’s electoral votes went to a Democrat in the last 40 years was in the 1992 election, when the state went to Bill Clinton. Though Donald Trump won the state by a 5.1 point margin in 2016, Georgia has become more diverse in the years since — a factor driven in part by the growth of the Atlanta suburbs. Currently, some polls are putting Trump ahead in the state, while others are showing an advantage for Biden. 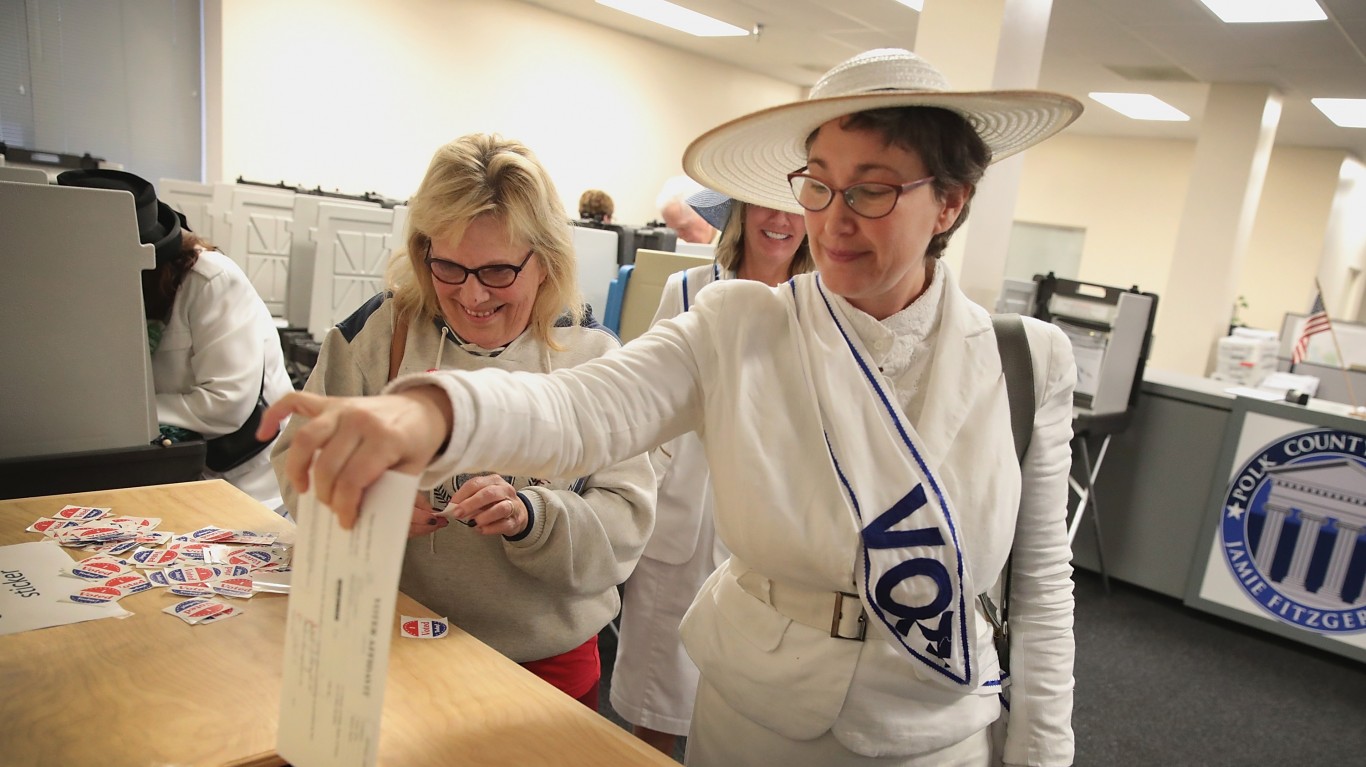 Since the 1988 election, Iowa has only gone to a Republican twice — first to George W. Bush in 2004, and again to Donald Trump in 2016. The state appears to be shifting to the right as the Republican Party has solidified the support of working class white voters. Though current projections give Trump a slight advantage in the state, Biden is by no means out of contention in Iowa. 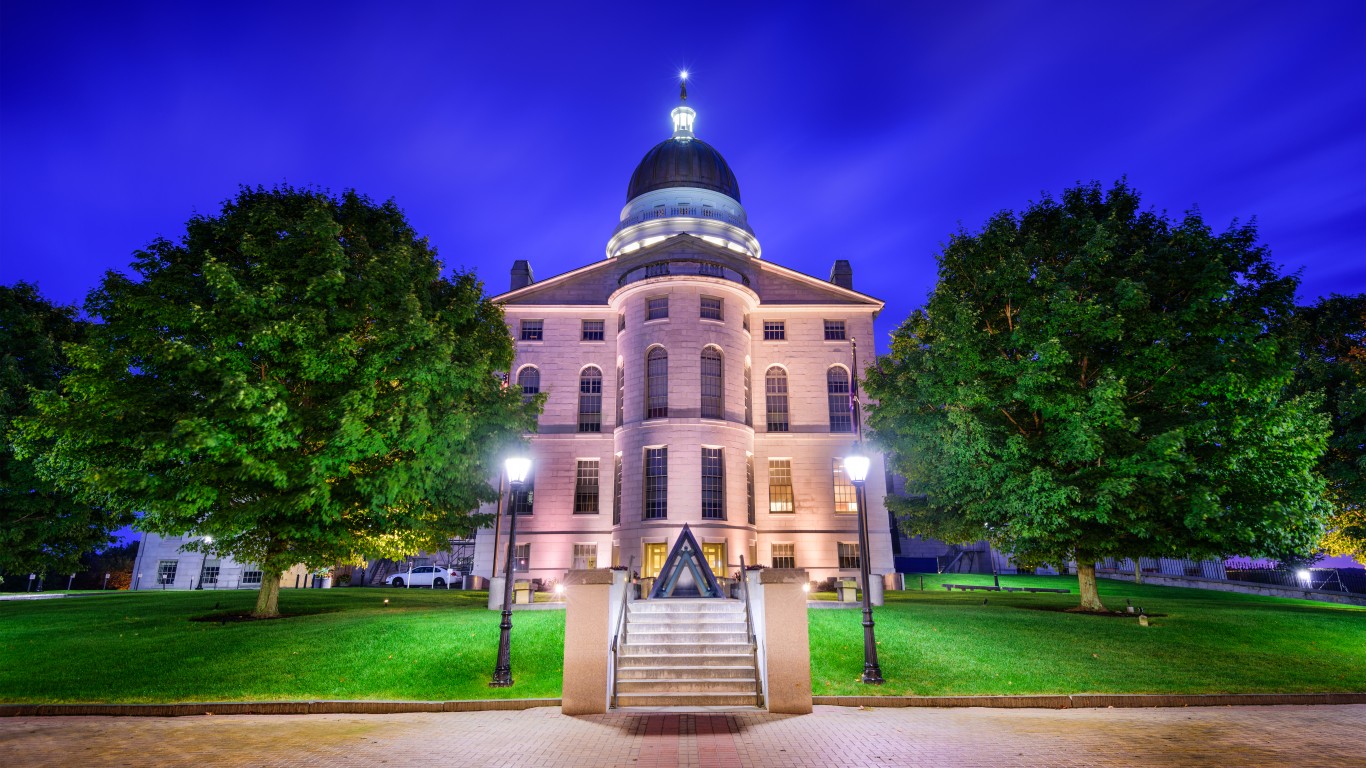