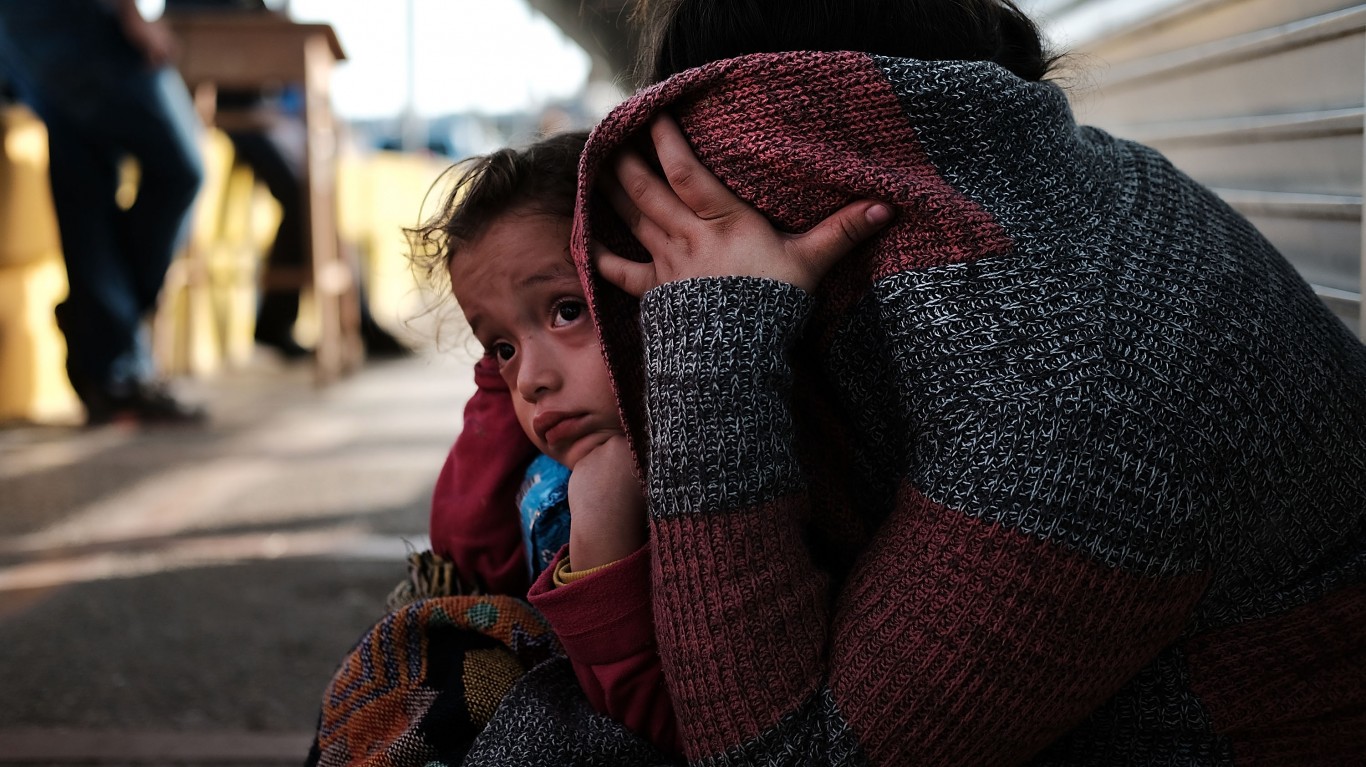 According to the official poverty measure, 12.7% of the Texas population lives in households with incomes below the poverty threshold. After accounting for factors such as taxes, cost of living, medical costs, and other expenses included in the supplemental poverty measure (SPM), the estimated share of people living in poverty rises to 13.7%. The difference between Texas’ SPM and the official poverty rate is the 16th largest compared to all states. The SPM in Texas is itself the sixth highest in the nation.

One factor driving the higher SPM rate in Texas may be the burden of medical expenses incurred by the state’s large uninsured population. Uninsured Americans are often charged higher medical care costs than individuals with health insurance, and they have more difficulty paying their bills. In Texas, 18.4% of residents do not have health insurance, the highest uninsured rate of any state. 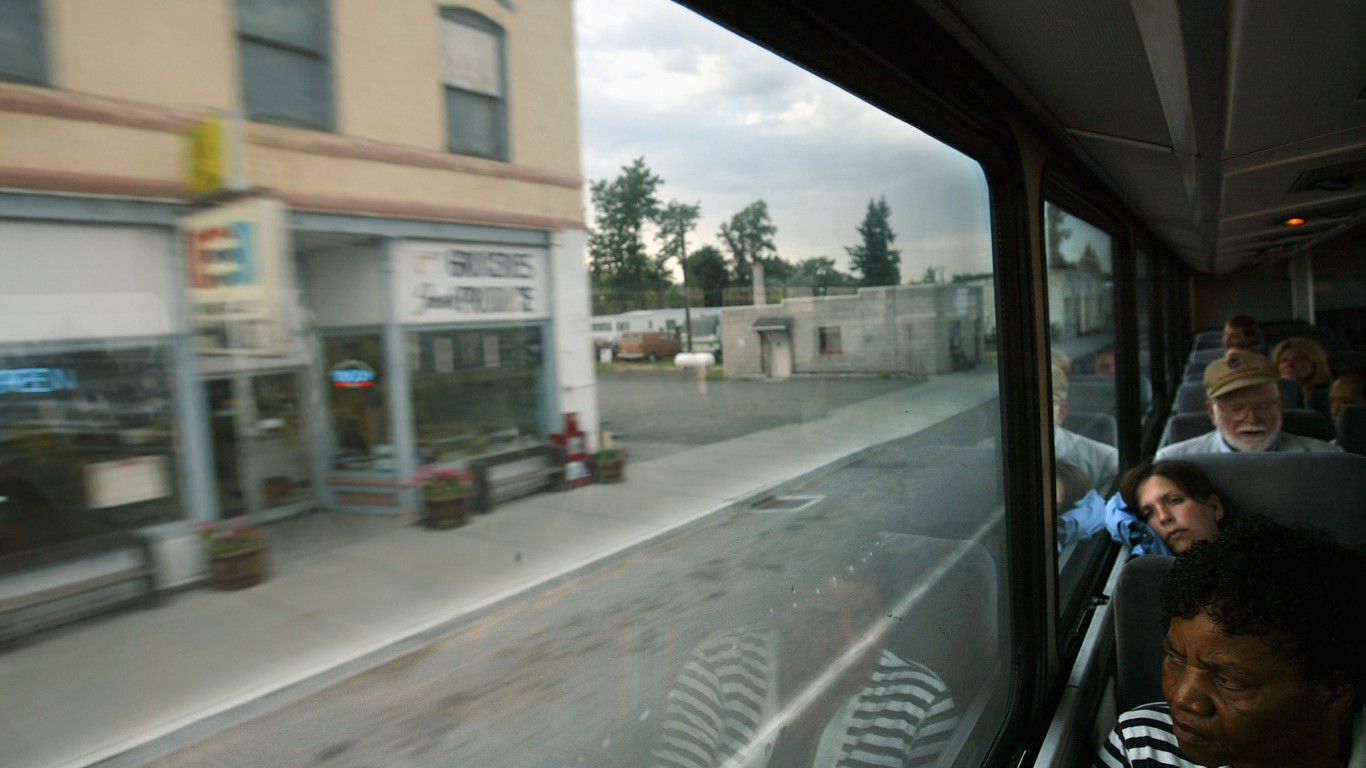 Poverty-relief programs and government subsidies help ameliorate financial stress for people and families with low incomes, thus lowering the true level of poverty compared to the official rate. Such programs are used by relatively more households in Oregon — 14.3% of households use SNAP benefits, the seventh highest share in the nation — and yet the supplemental poverty measure is still higher than the official rate. After accounting for the effects of government subsidies, health care expenses, cost of living and other factors, approximately 47,000 more people in Oregon are living in poverty than measured by the official poverty rate.

As is generally the case in states where poverty is worse than it might seem, the cost of living in Oregon is higher than it is on average across the country.

ALSO READ: American Cities That Went From Rich to Poor 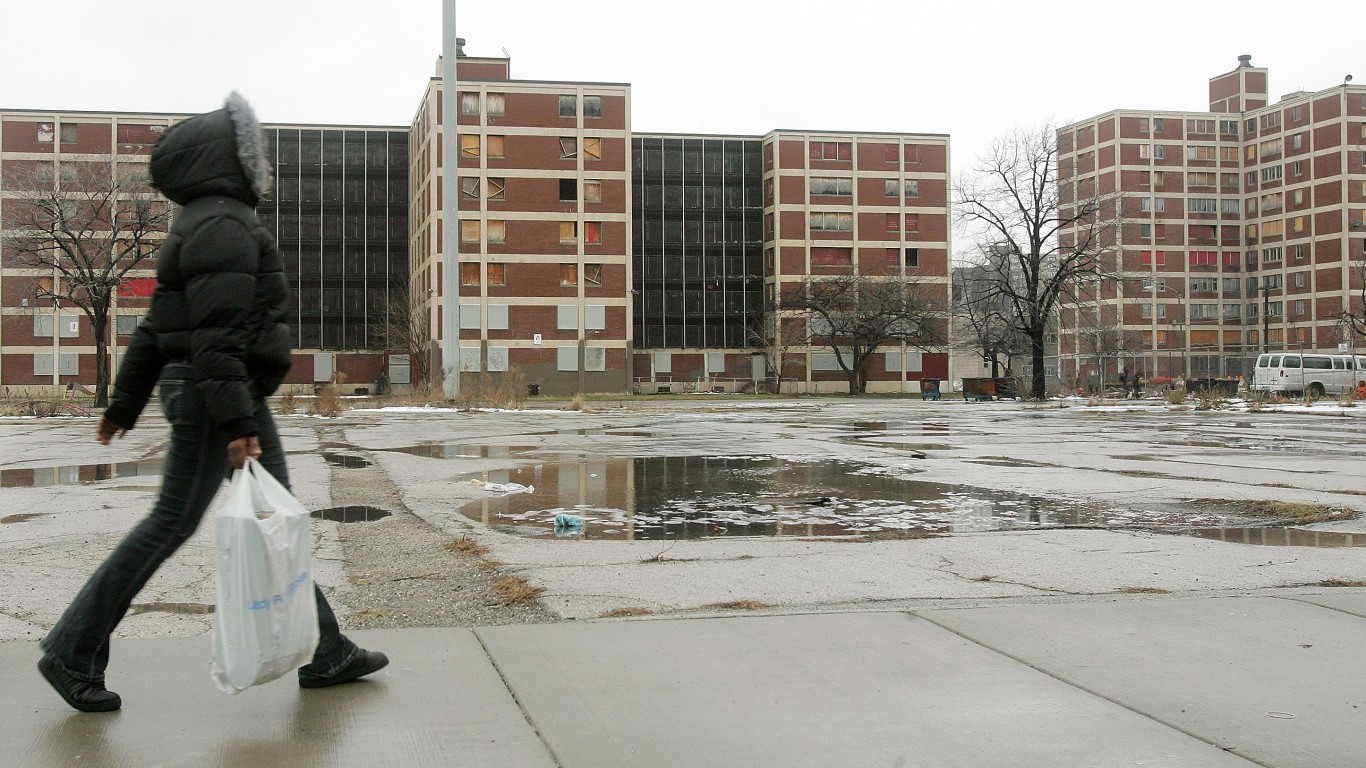 After adjusting for taxes, medical costs, cost of living, and other expenses, the percentage of Illinois residents living below the poverty line rises from 10.4% to 11.4%.

A Census Bureau study analyzing the effect of various anti-poverty subsidies determined that Social Security had the greatest effect on keeping people above the federal poverty threshold, as measured by the supplemental poverty measure. In Illinois, 29.5% of households receive Social Security income, the 10th smallest share of any state. 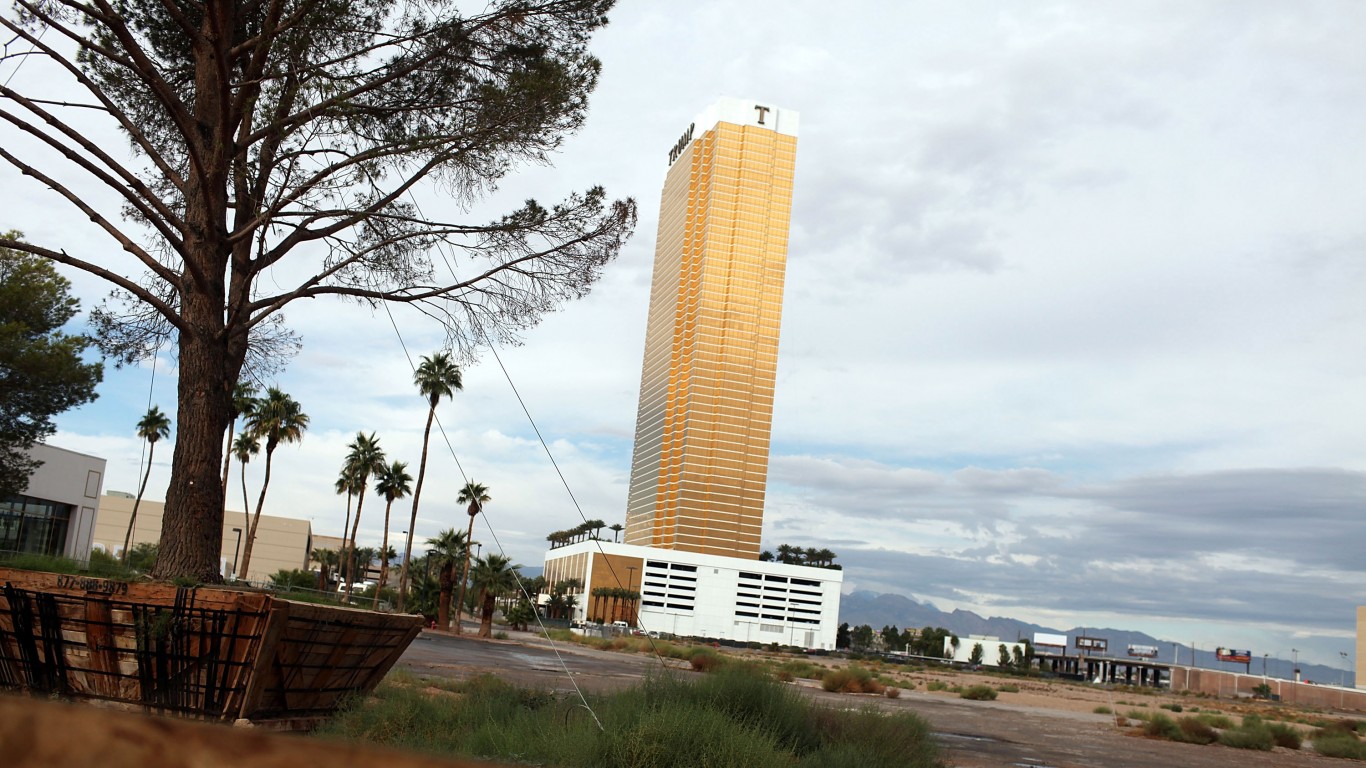 Nevada is one of 16 states in which the poverty rate increases after accounting for taxes, medical costs, and other expenses, as well as anti-poverty subsidies such as SNAP, TANF, and unemployment insurance. After adjusting for these costs and subsidies, the poverty rate in Nevada rises from 12.1% — the 15th highest — to 13.4%, the eighth highest.

One factor tied to the high rate of poverty in Nevada may be the low rate of homeownership in the state. Owning a home is one of the most effective ways for low-income families to build long-term wealth and avoid the cycle of poverty. In Nevada, just 56.6% of heads of households own their homes, the third lowest homeownership rate of any state. 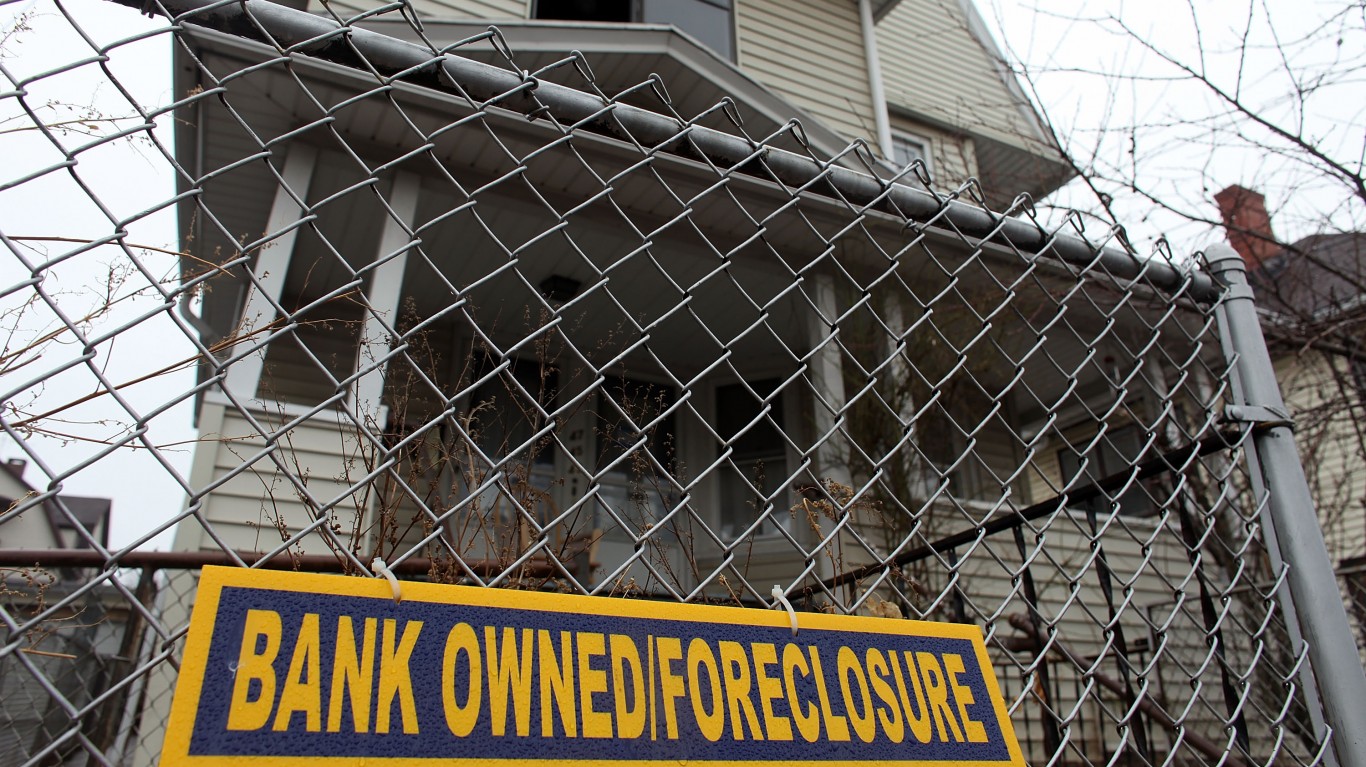 After adjusting for expenses such as medical costs and taxes, as well as for anti-poverty subsidies like Social Security and SNAP, approximately 53,000 more people in Connecticut are considered to be living in poverty than measured by the official poverty rate. The difference raises the poverty rate in Connecticut from 9.7% to 11.2% — still lower than the national SPM of 11.7%.

As is the case in many of the states on this list, Connecticut residents are relatively affluent, contributing to the high cost of living across the state. The typical household in the state earns $78,833 annually, the sixth highest median household income in the nation. Just over 13% of households report annual incomes of $200,000 or more, the fifth highest such share of all states. Goods and services cost 6.1% more in Connecticut than they do nationwide, the eighth highest cost of living of any state.