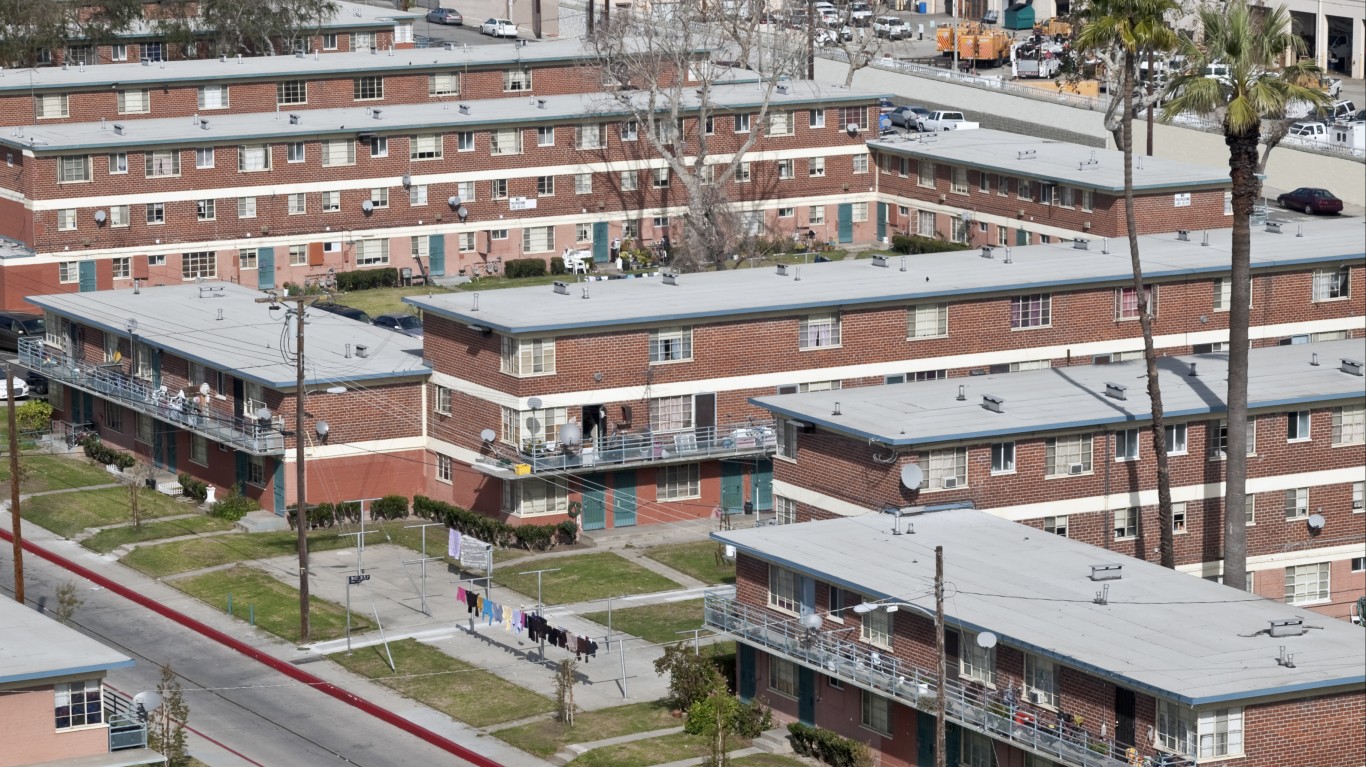 Under the official rate, 11.4% of California residents are considered to be living below the poverty line, roughly in line with the 11.5% national poverty rate. After adjusting for medical costs, taxes, and other expenses as well as government aid programs and subsidies, however, the percentage of people living in poverty rises to 17.2% — the highest supplemental poverty measure rate of any state and the largest gap between the two measures.

A Census Bureau study analyzing the impact of various anti-poverty subsidies determined that Social Security and SNAP have the largest and third largest effect of any program on keeping individuals above the federal poverty line. In California, however, just 28.4% of eligible households receive Social Security benefits, the sixth smallest share of any state. Similarly, fewer than 10% of households receive SNAP benefits, the 13th smallest share.