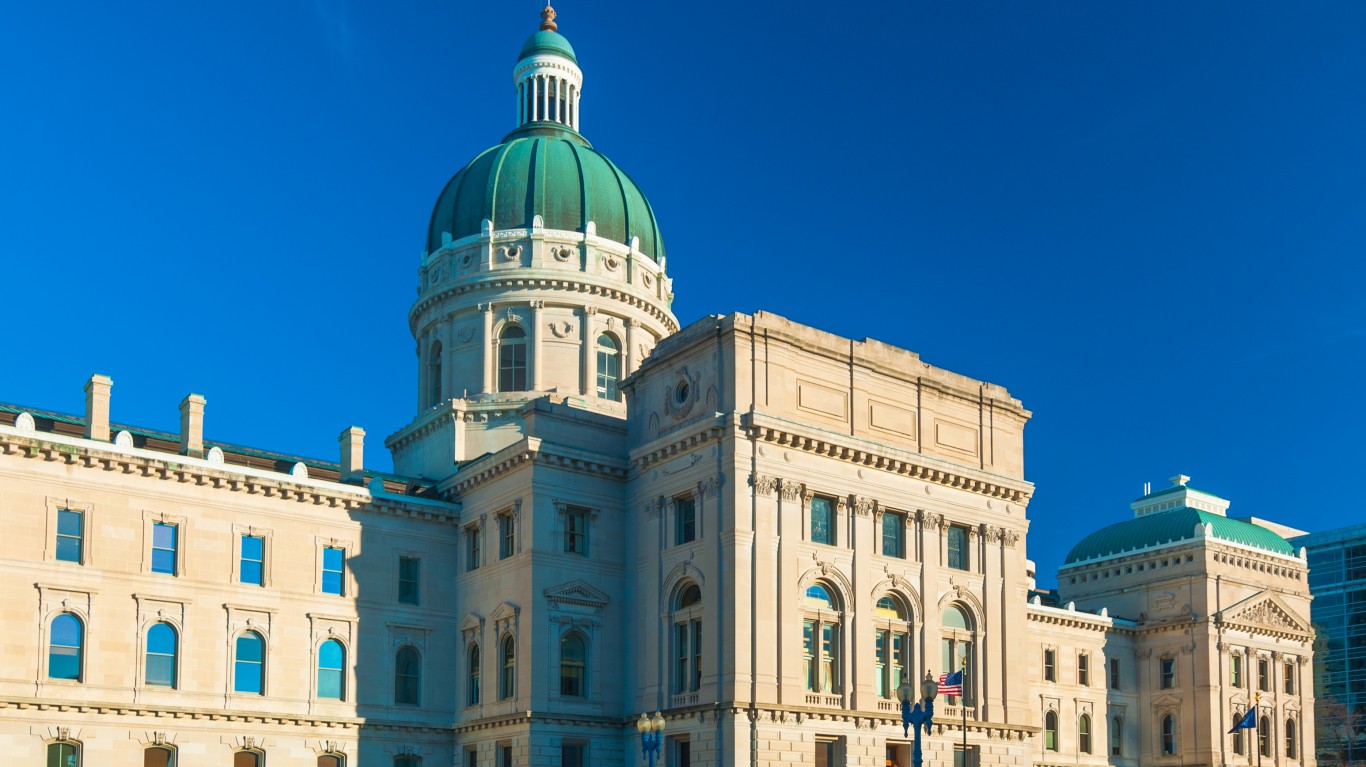 Indiana’s economy is faring better than most other state economies in terms of offering residents employment opportunities and incomes that exceed the federal poverty level — as just 3.3% of the labor force is unemployed and 11.9% of the population lives below the poverty line, compared to the 3.7% and 12.3% respective national rates.

Economic growth in the state has been lackluster however. Indiana reported 1.6% GDP growth in 2019, compared to the 2.2% national GDP growth rate. Indiana is also poorly equipped to pay out public sector employee pensions, as the state has only enough assets on hand to cover 66.5% of its pension liabilities. Across the country, state governments have the means to cover about 71% of pension obligations on average. 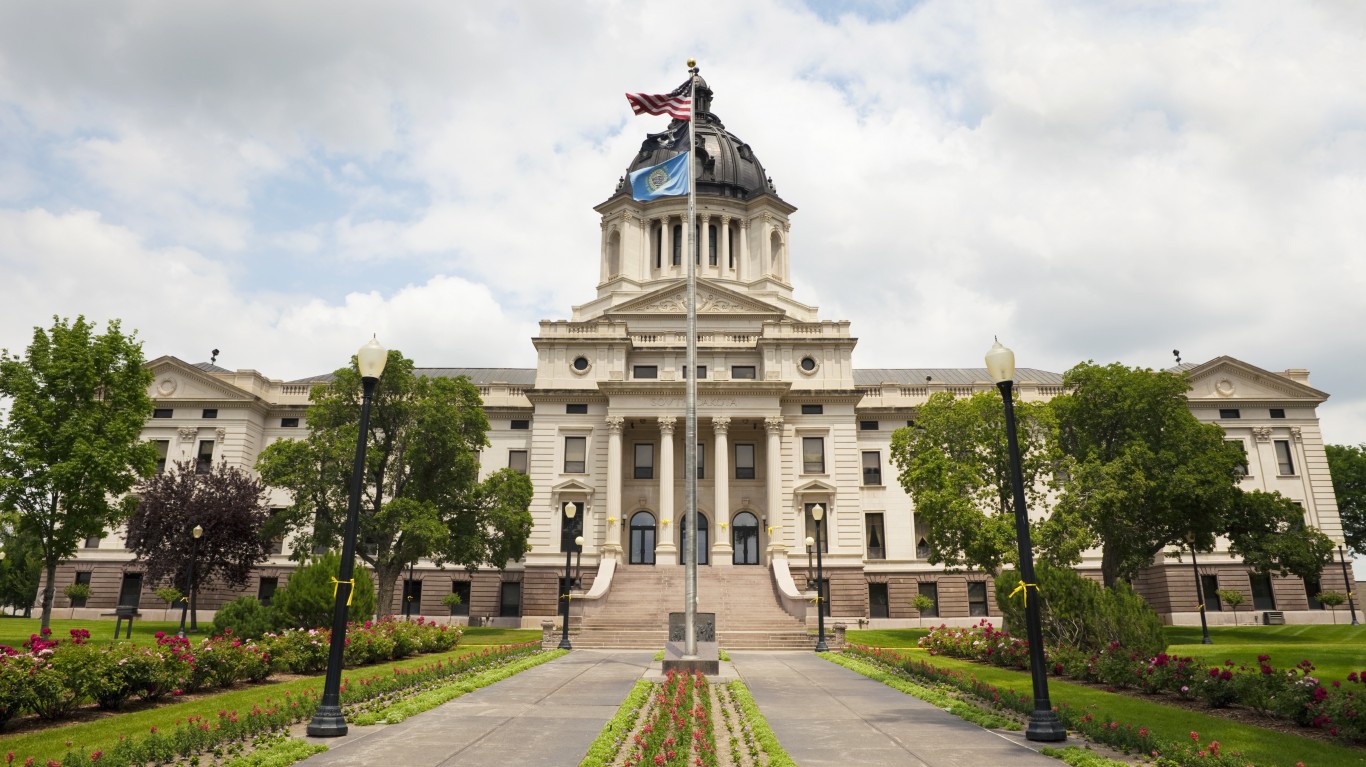 South Dakota is the only state that has enough money to meet all of its pension obligations. On average, states have enough money to pay for only about 70% of their pension liabilities. However, the state’s debts amount to nearly two-thirds of its revenue. In most states, debt amounts to less than half of revenue.

24/7 Wall St.
Most Popular Grocery Store in Every State 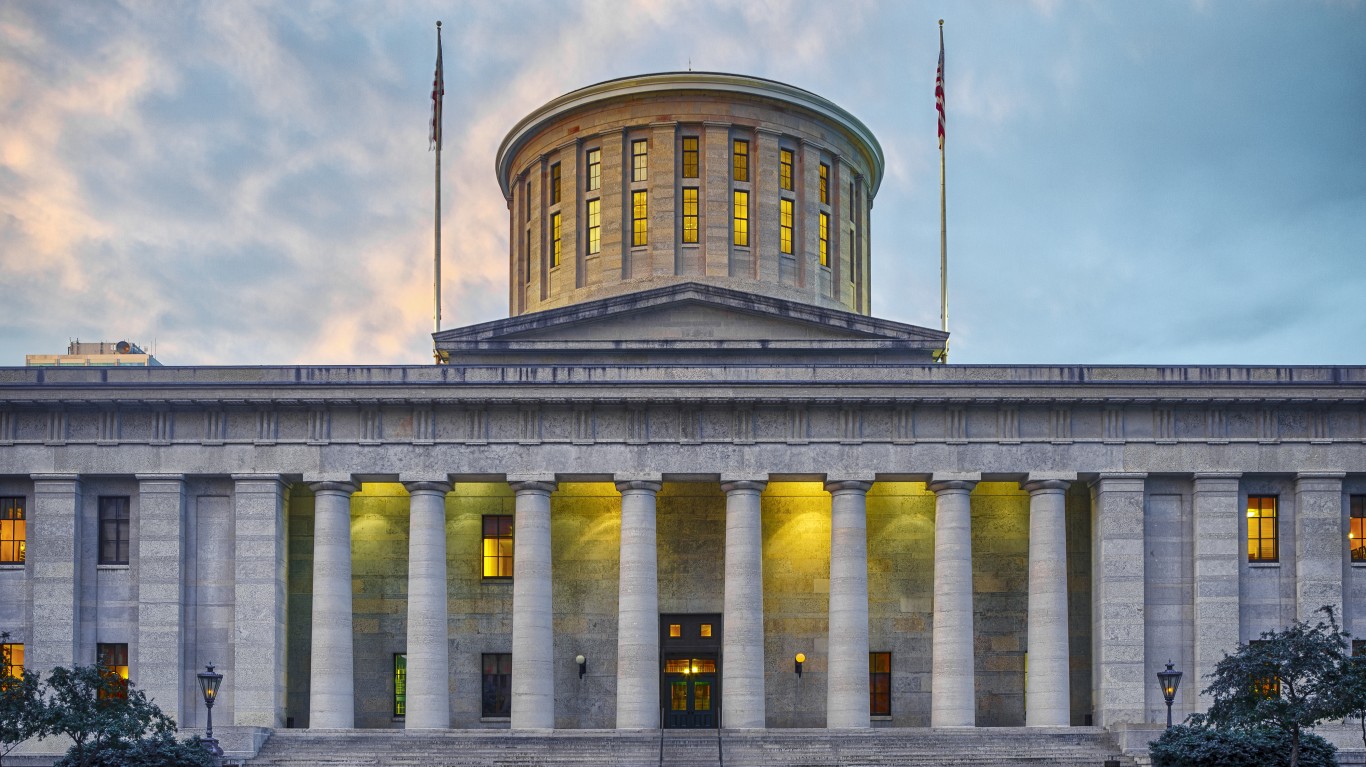 Even before the COVID-19 pandemic, Ohio was struggling with unemployment to a greater degree than much of the country. Employment in the state increased by only 3.0% from 2015 to 2019, less than half the 6.4% employment growth across the U.S. as a whole. Partially as a result, the annual unemployment rate in Ohio stands at 4.1% — higher than the 3.7% national unemployment rate.

While Ohio lags behind much of the country in some key economic measures, it also fairs well in other important social indicators. A relatively safe state, Ohio’s violent crime rate of 293 incidents for every 100,000 people is considerably lower than the national rate of 367 per 100,000. 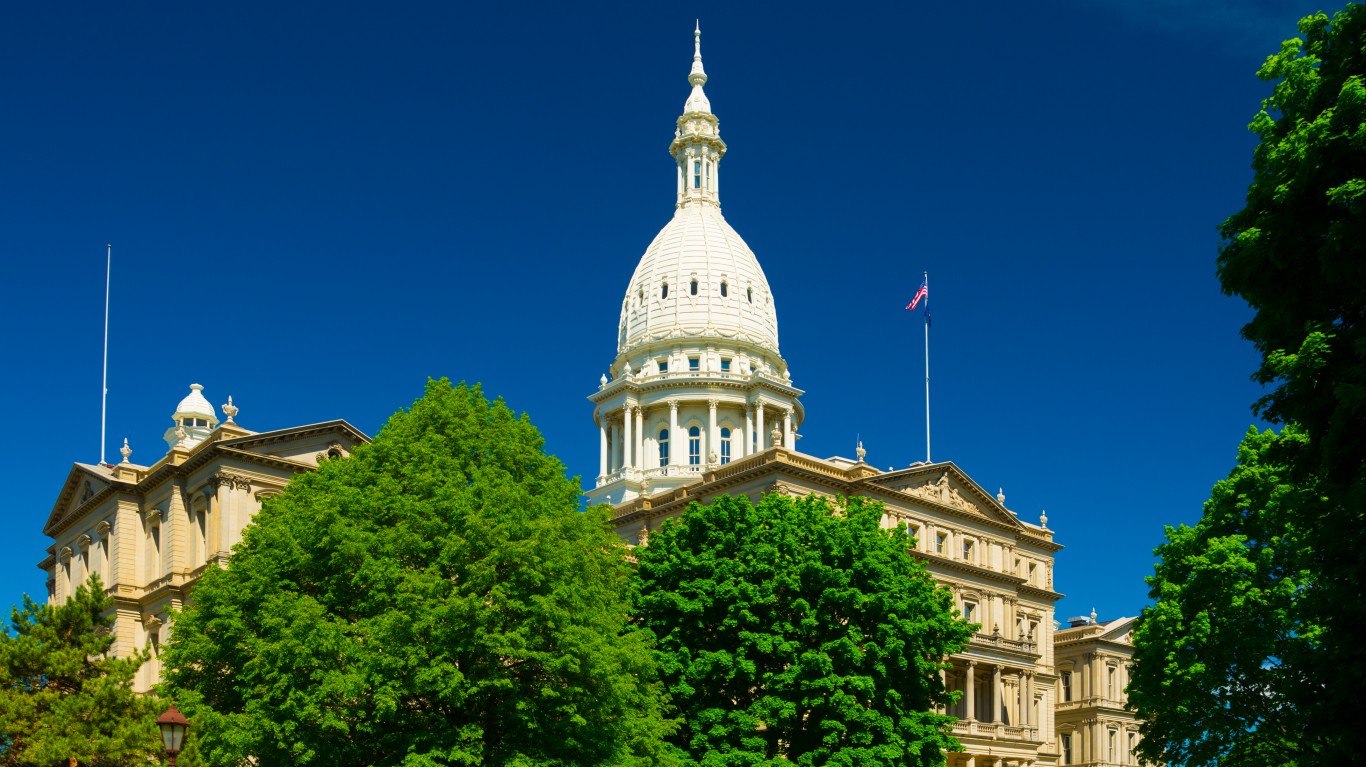 Like other states that make up the Rust Belt region, Michigan has for some time struggled with economic issues related to the long-term decline of American manufacturing, beginning in the late 1970s. For years, the state has had one of the highest unemployment rates in the country. An average of 4.1% of the labor force was out of work in 2019, the 10th highest unemployment rate out of any state. Rust Belt states are often subject to population drain, and about 10,500 more people moved away from Michigan in 2019 than moved there.

Still, Michigan’s status on this list has improved somewhat over the past decade, as it ranked fourth-worst among states in the 2010 edition of this story. Home values in the state increased by 23.3% over the last five years, a larger increase than in the vast majority of states. 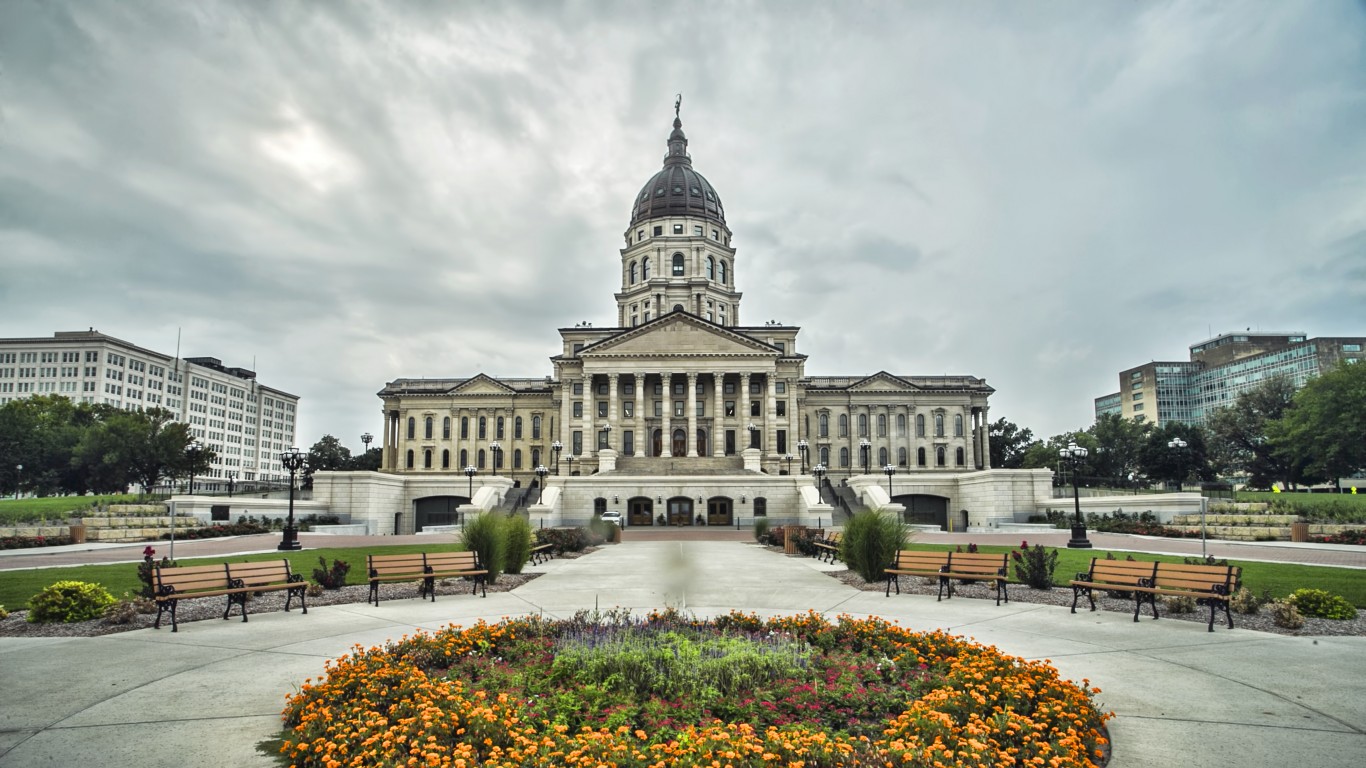 Kansas has one of the worst credit ratings of any state, at Aa3. It is also the only state with no money in its rainy day fund. Most states have hundreds of millions, if not billions, of dollars saved in case of emergency.

Kansas had a relatively low unemployment rate before the pandemic, with just 3.4% of its labor force out of work in 2019, slightly lower than the 3.7% U.S. unemployment rate for that year. Yet the state’s total employment grew by just 1.6% from 2015 to 2019, one of the smallest increases of any state.