NFL Teams that won a Championship on a Shoestring Budget 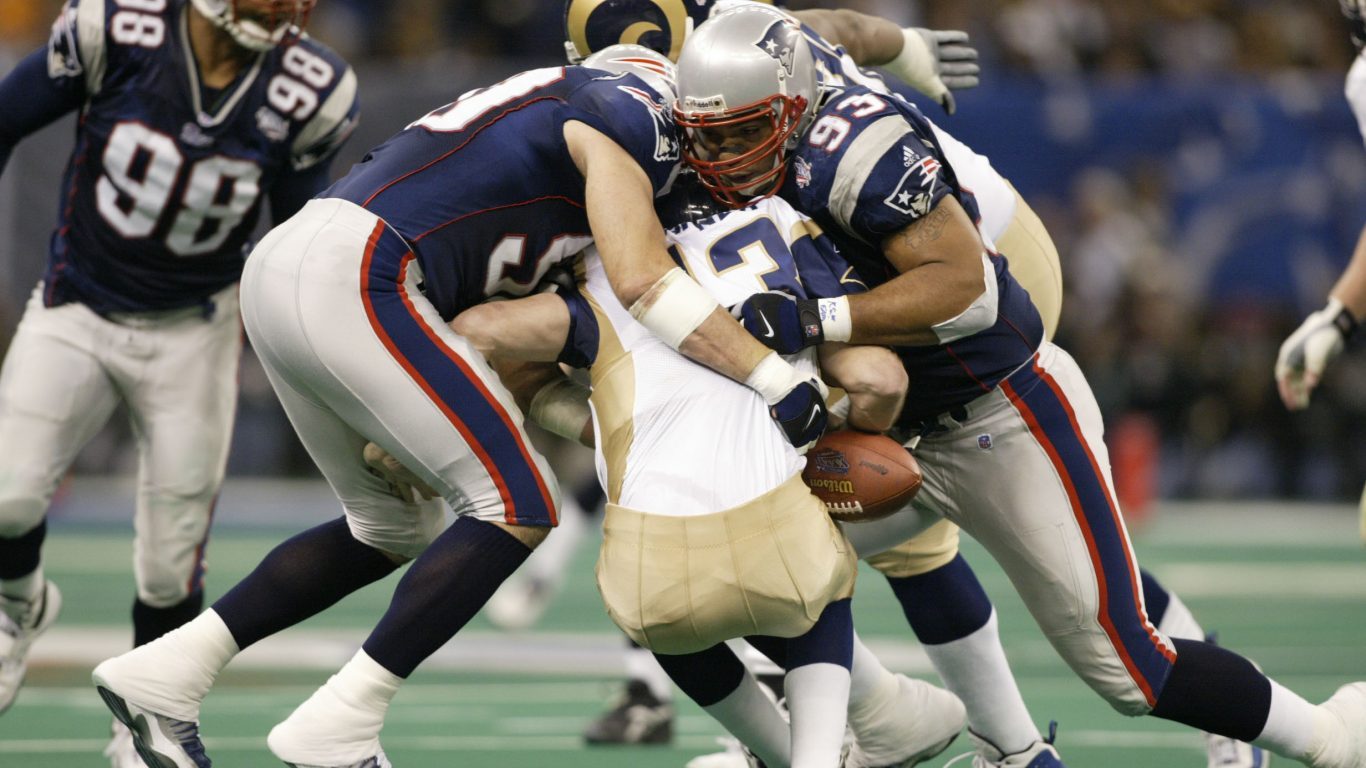 Bill Belichick and the New England Patriots have proved to be the best in the NFL at winning Super Bowls without overspending. They did it for the first time in 2001, when the team had just $65.8 million in salary — the eight lowest payroll in the league. That season, the average payroll across all NFL teams was over $70 million, and the top-spending Denver Broncos had over $102 million in salaries on the books. The key to New England’s first Super Bowl was Tom Brady, who earned less than $300,000 in salary that season as he was a backup QB, drafted in the sixth round the season before. The original starter, Drew Bledsoe, was in the first season of a 10-year, $103 million contract. The deal was back loaded, so it cost the Pats less than $5 million that season. After Brady’s emergence, Bledsoe was traded to Buffalo. Experienced offensive linemen are often expensive, but New England’s line had just one player with more than three years of experience in the NFL. This helped keep costs down for New England’s first Super Bowl run. 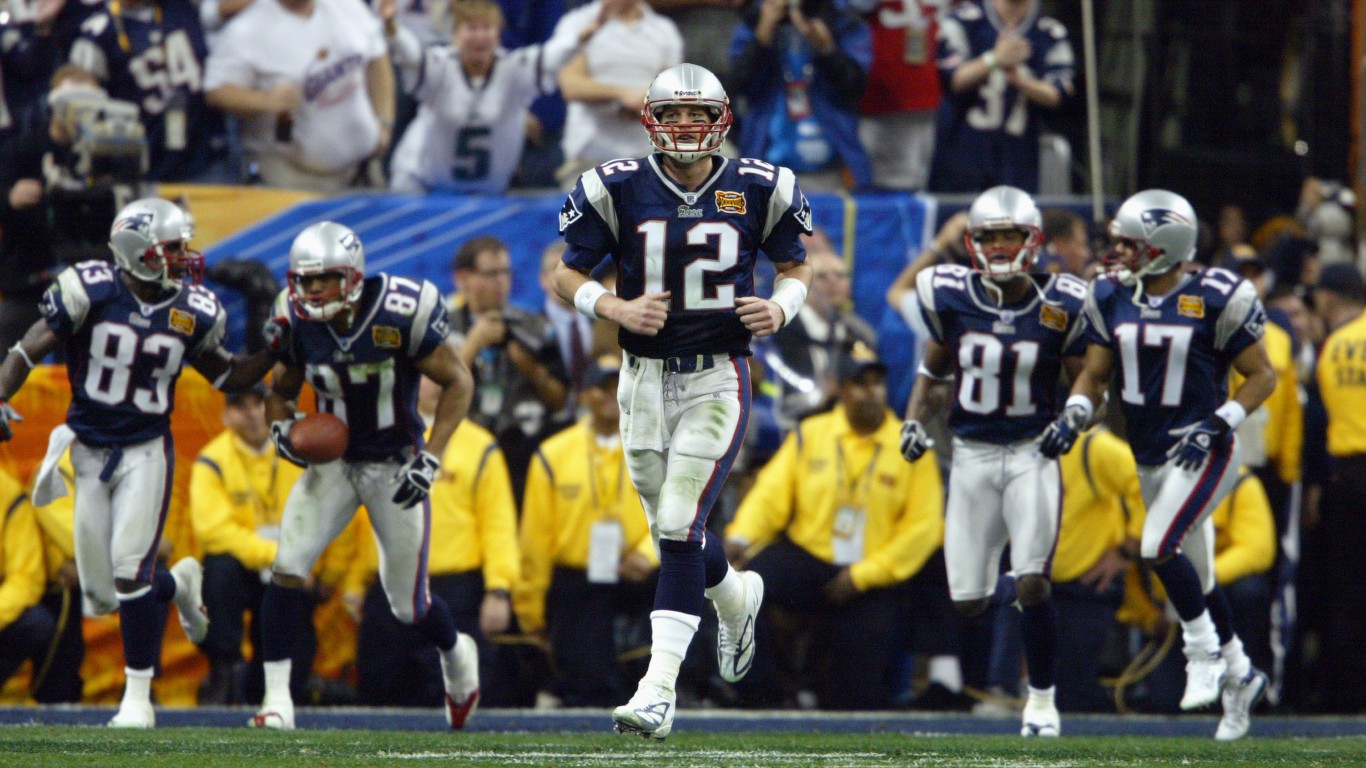 The 2004 New England Patriots had a payroll of nearly $77 million — over $40 million lower than the top-spending Washington Redskins that season. These Pats invested heavily in their defense, paying multi-million dollar salaries to players like Ty Law, Willie McGinest, Richard Seymour, and Teddy Bruschi. The team saved money by relying on Tom Brady to elevate young, unproven, and inexpensive players on offense. New England’s top three receivers, David Givens, David Patten, and Deion Branch, earned less than $2.5 million combined. Running back Corey Dillon had a career-best 1,635 rush yards that season, though he took up just $1.2 million of cap space. 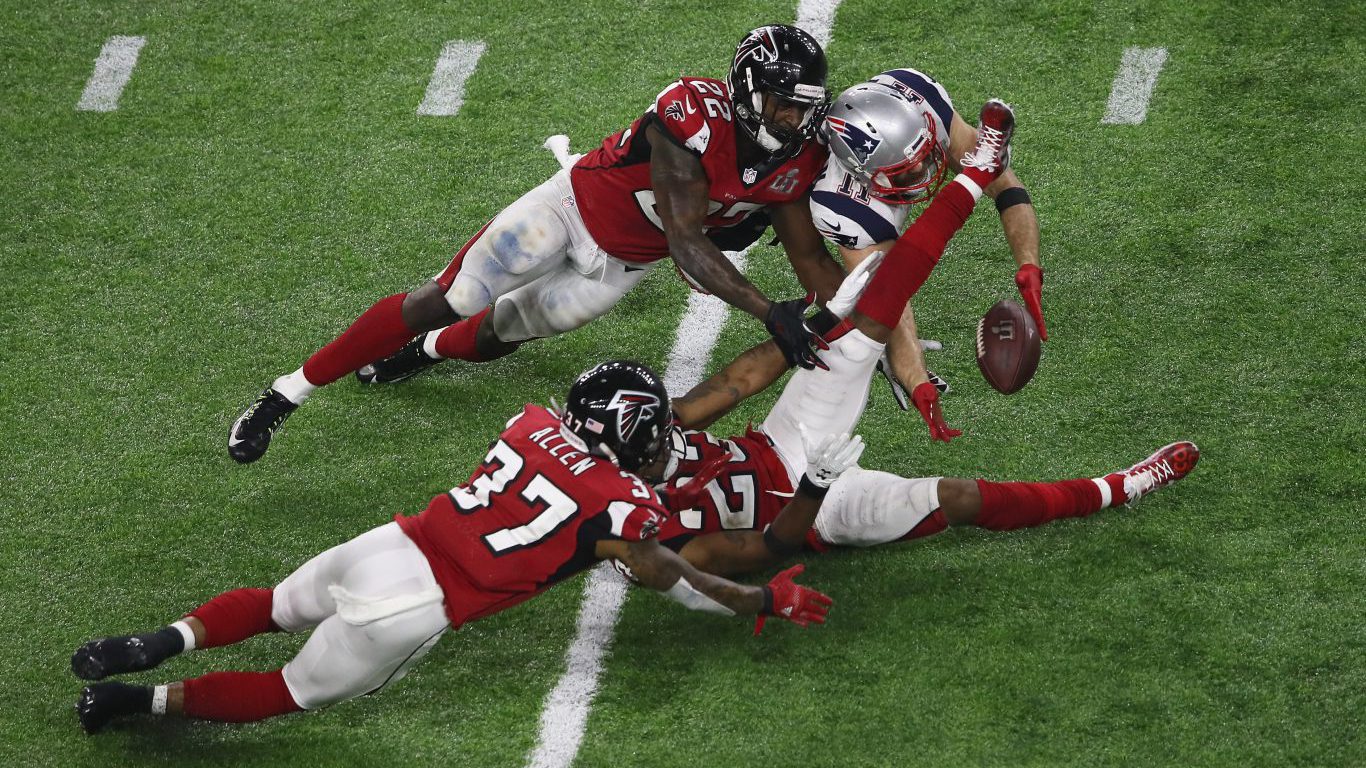 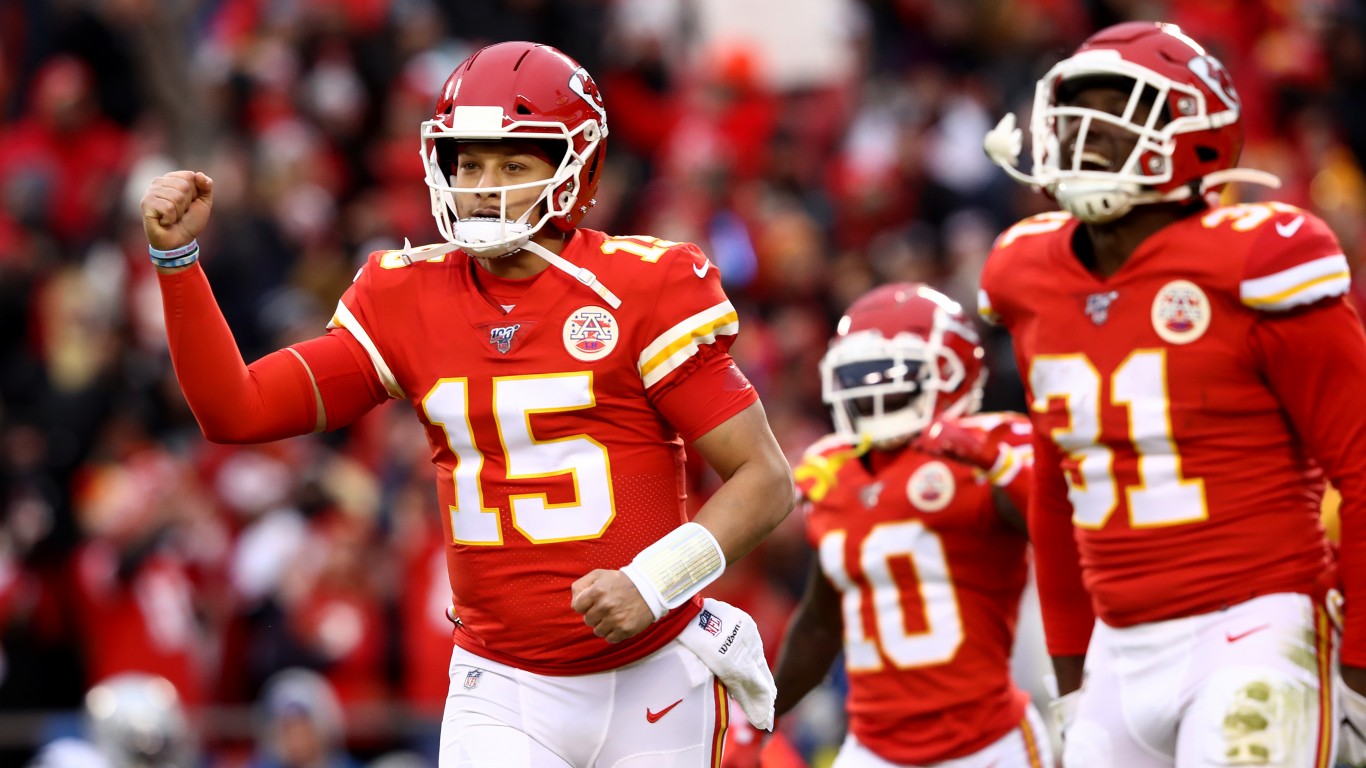 The Kansas City Chiefs won their first Super Bowl in 50 years thanks to their core group of young stars. No 2019 NFL team had a lower salary than the Chiefs, at just under $167 million. In the Super Bowl, they beat the top-spending San Francisco 49ers, who had a $221.7 million payroll. Patrick Mahomes, the 2018 NFL MVP, was still on his rookie contract, adding less than $5 million to Kansas City’s salary cap expenditure. Receivers Mecole Hardman and Tyreek Hill both made the Pro Bowl — Hardman was on a rookie deal that paid him just under $1 million, and Hill just signed a back loaded extension that paid him just over $2 million for 2019. All-Pro safety Tyrann Mathieu’s contract was also back loaded, so his 2019 salary on the books was just under $6 million. Pro Bowl defensive end Chris Jones was in the final year of his rookie deal that paid him just under $2 million. He will earn over $16 million in 2020. 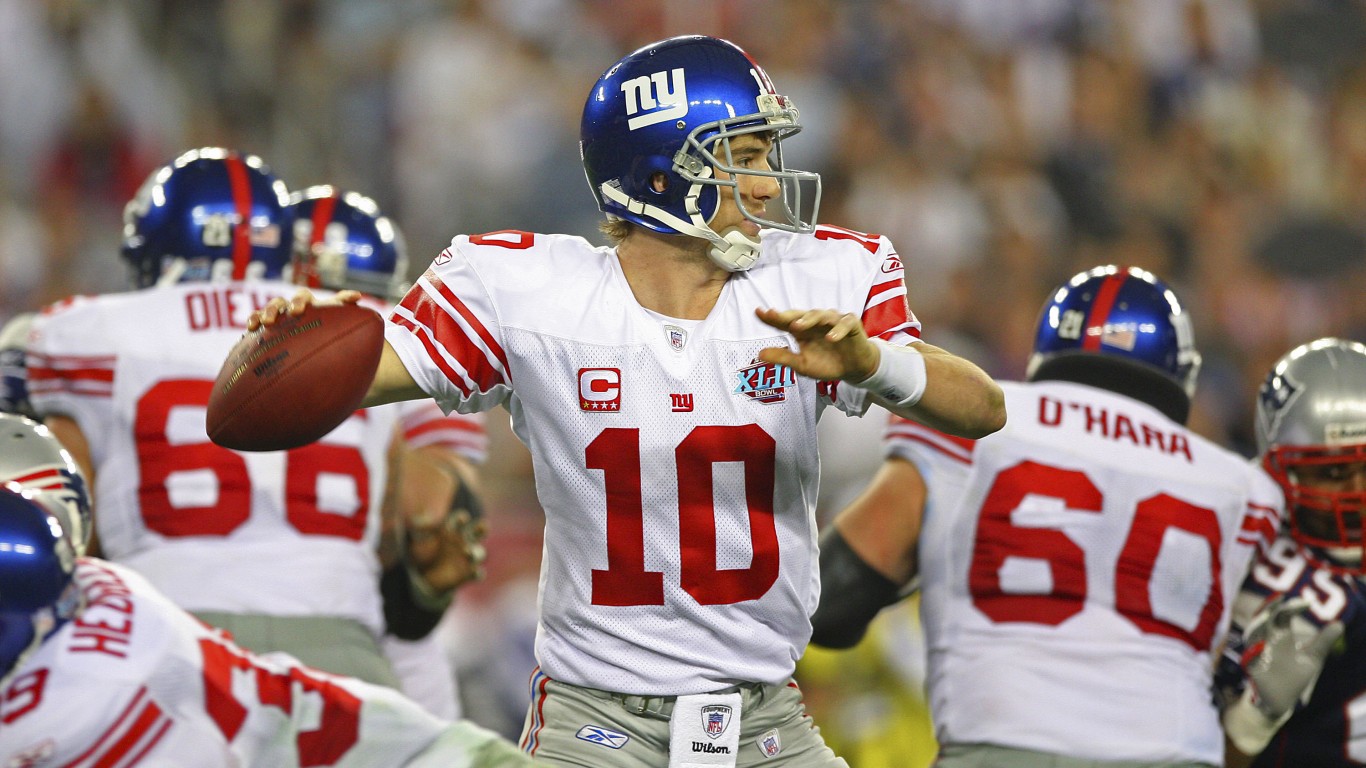 The 2007 New York Giants pulled off one of the greatest upsets in sports history by taking down the undefeated New England Patriots in Super Bowl XLII. The victory looks all the more impressive when you note that New York had the NFL’s lowest payroll at just $75.8 million, while the Pats ranked second at nearly $118 million. The Giants were able to keep costs down because they were relatively young, with many players on their rookie contracts. Of the team’s 22 offensive and defensive starters, a dozen had four or fewer years of experience, including QB Eli Manning. The Giants running back tandem of Ahmad Bradshaw and Brandon Jacobs earned less than $900,000 combined.