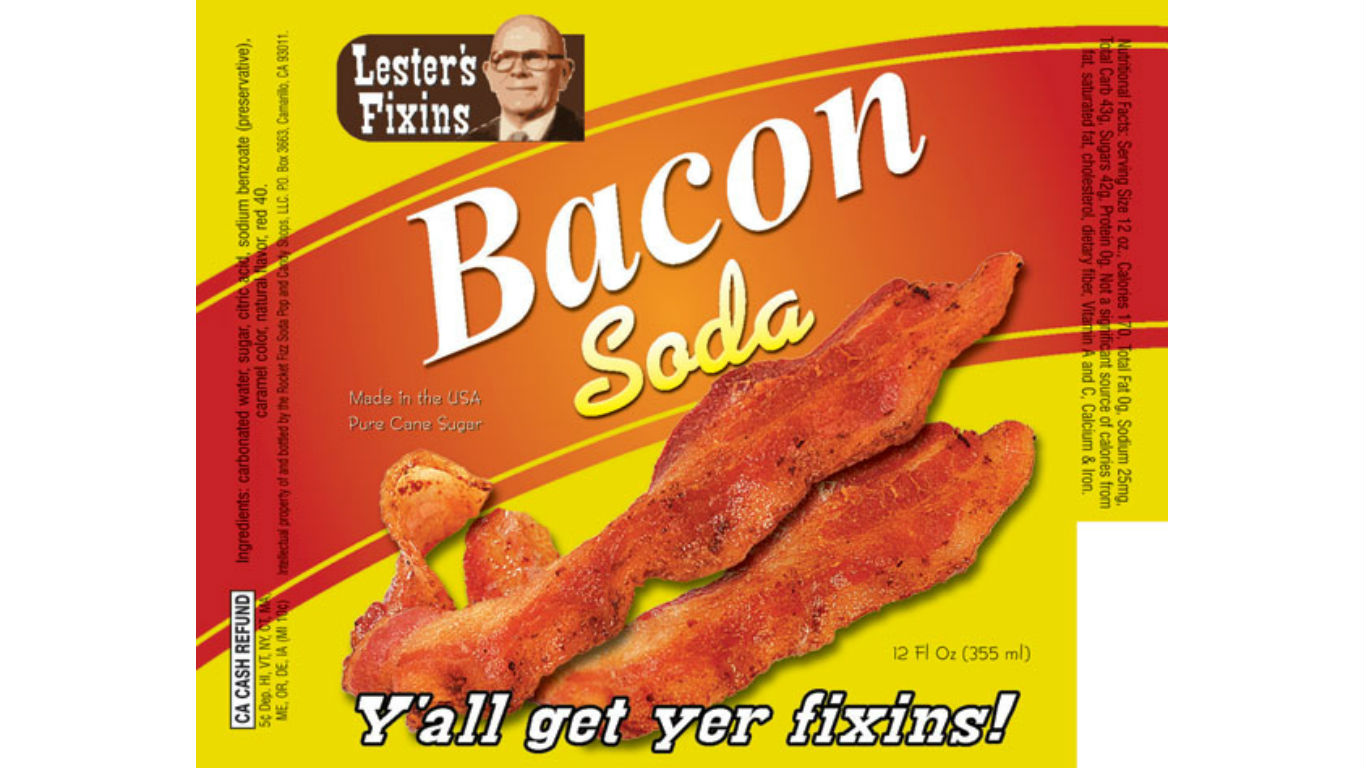 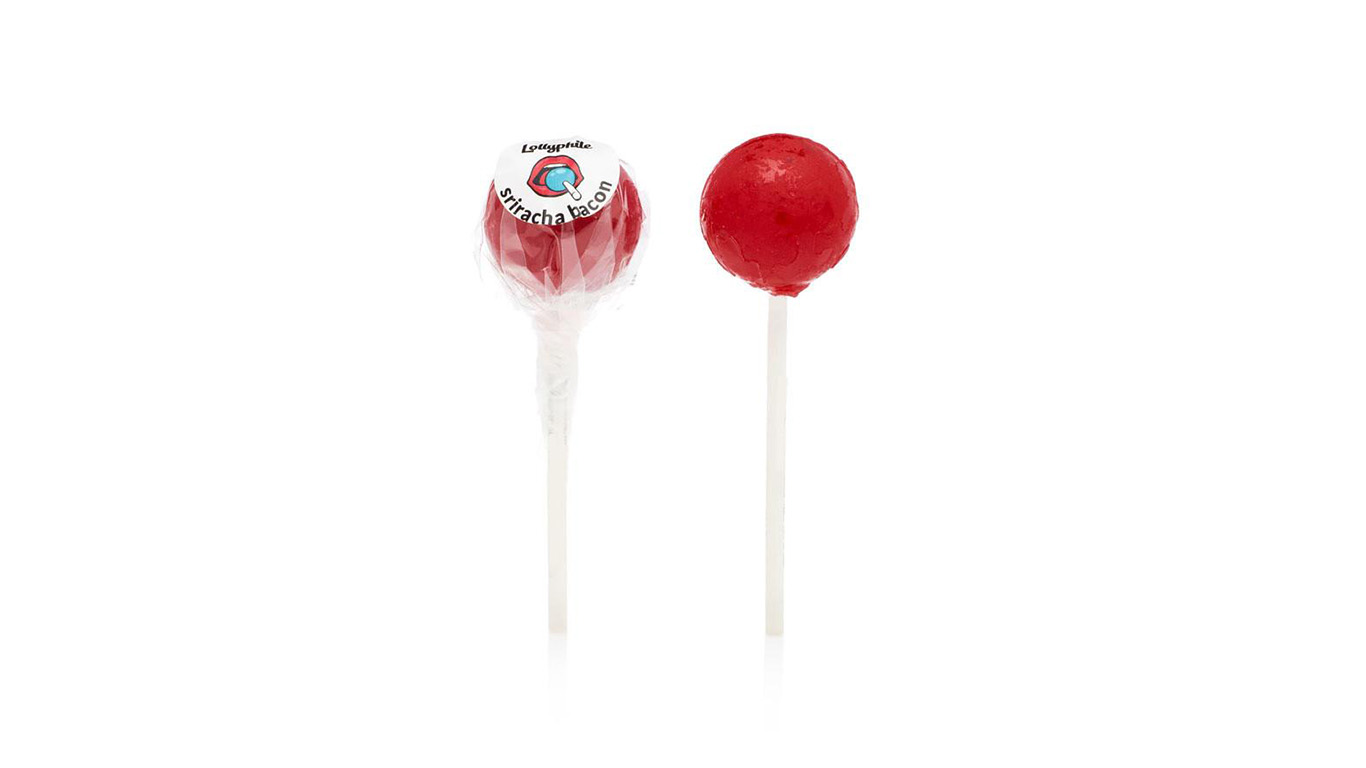 These ball-shaped lollies combine the flavor of bacon with that of another trendy food item we can’t believe is still so crazy popular after all these years — the Thai-inspired hot sauce called sriracha. Among Lollyphile’s other flavors are chocolate bacon, maple bacon, and, just for variety, blue cheese. 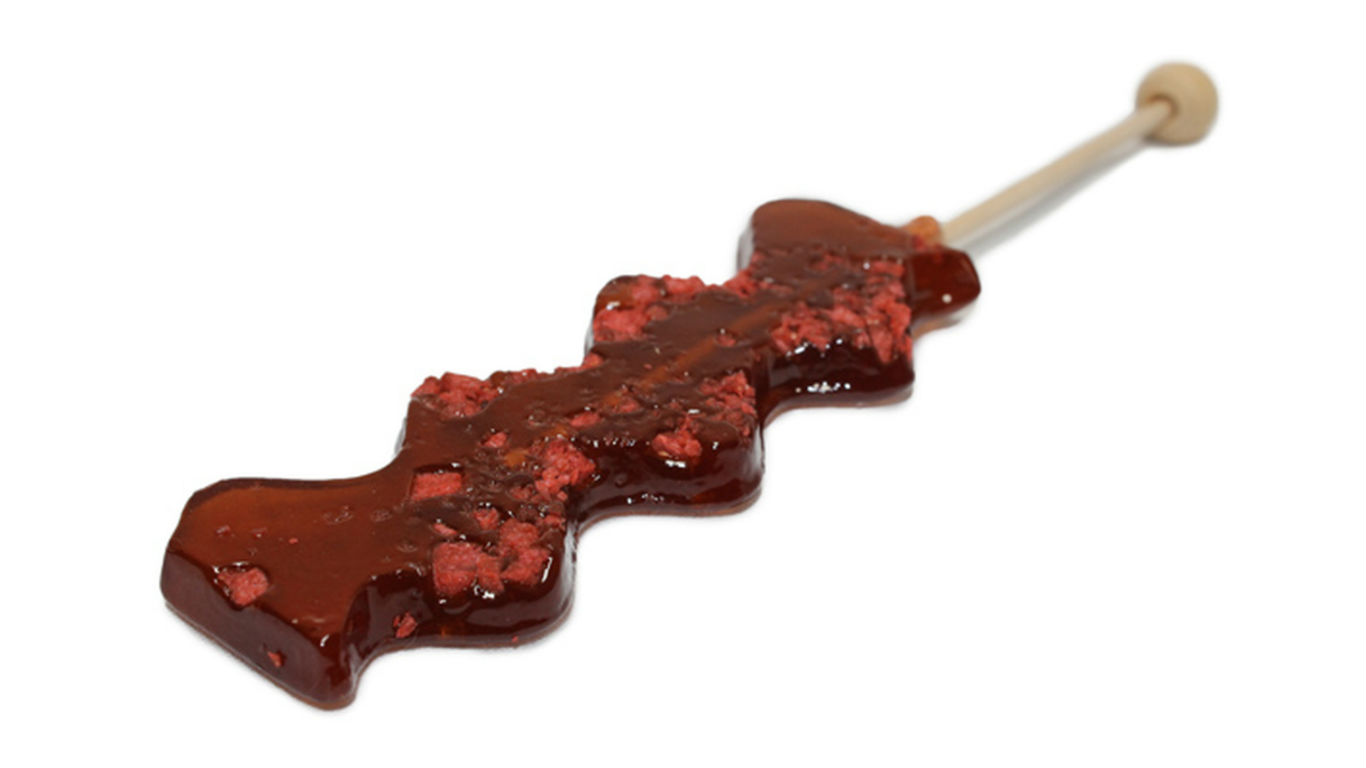 More lollipops. With its wavy indentations and protruding round-ended wooden stick, these lollipops look more like some sort of miniature futuristic guitar than the strip of fried bacon they’re apparently supposed to resemble (and nothing at all like Lollyphile’s Tootsie-Pop-shaped version). If the idea of licking a bacon-flavored length of candy flavored with sticky-sweet barbecue sauce appeals to you, well…they say there’s a sucker born every minute. 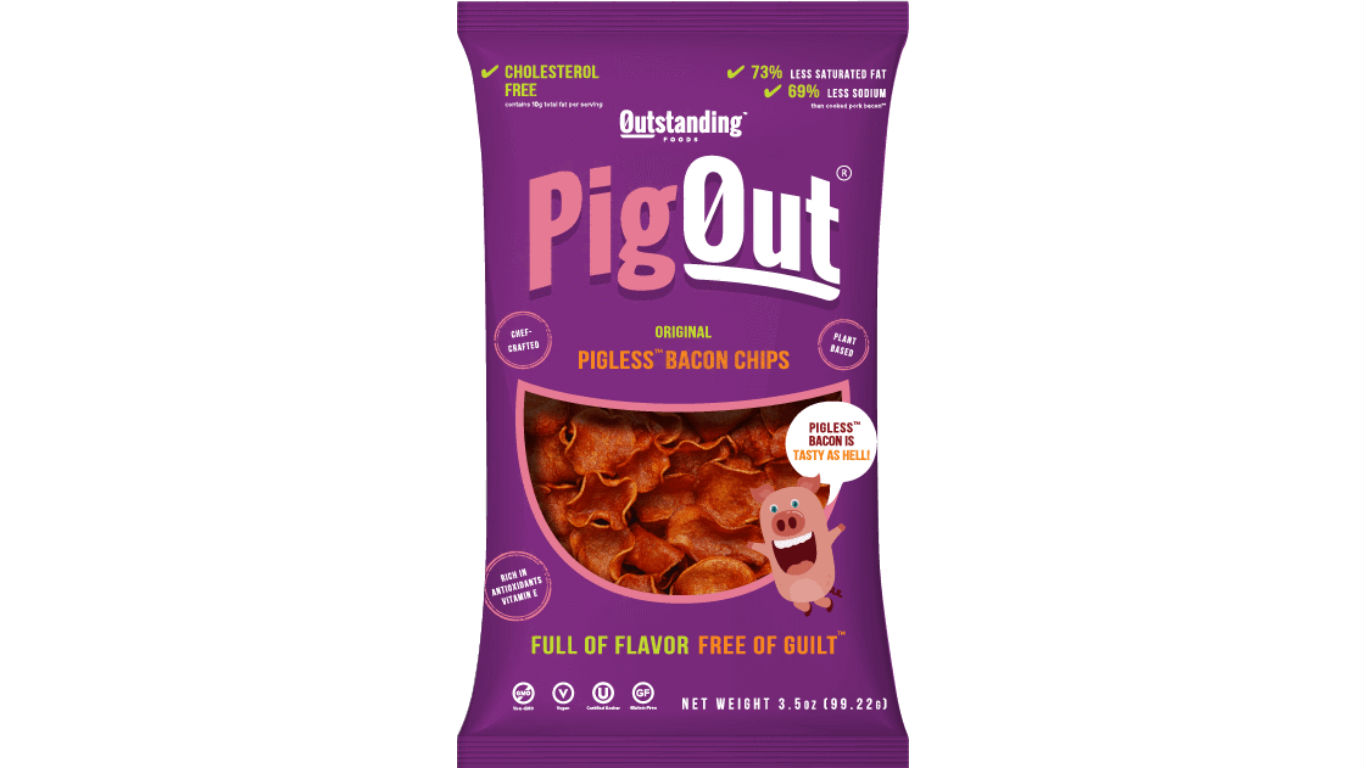 There are mushrooms that actually taste like bacon. Arizona’s Sonoran Mushroom Co., for instance, grows a kind of pink oyster mushrooms that have such smoky flavor that the company markets them as “bacon mushrooms.” These, on the other hand, are paper-thin slices of a related species, the king oyster mushroom, fried and seasoned to give them a faux-bacony identity. Then they’re sold not just plain but also in versions enhanced with chipotle, cheddar, and Kansas City BBQ sauce — just in case straight bacon isn’t flavorful enough for you. 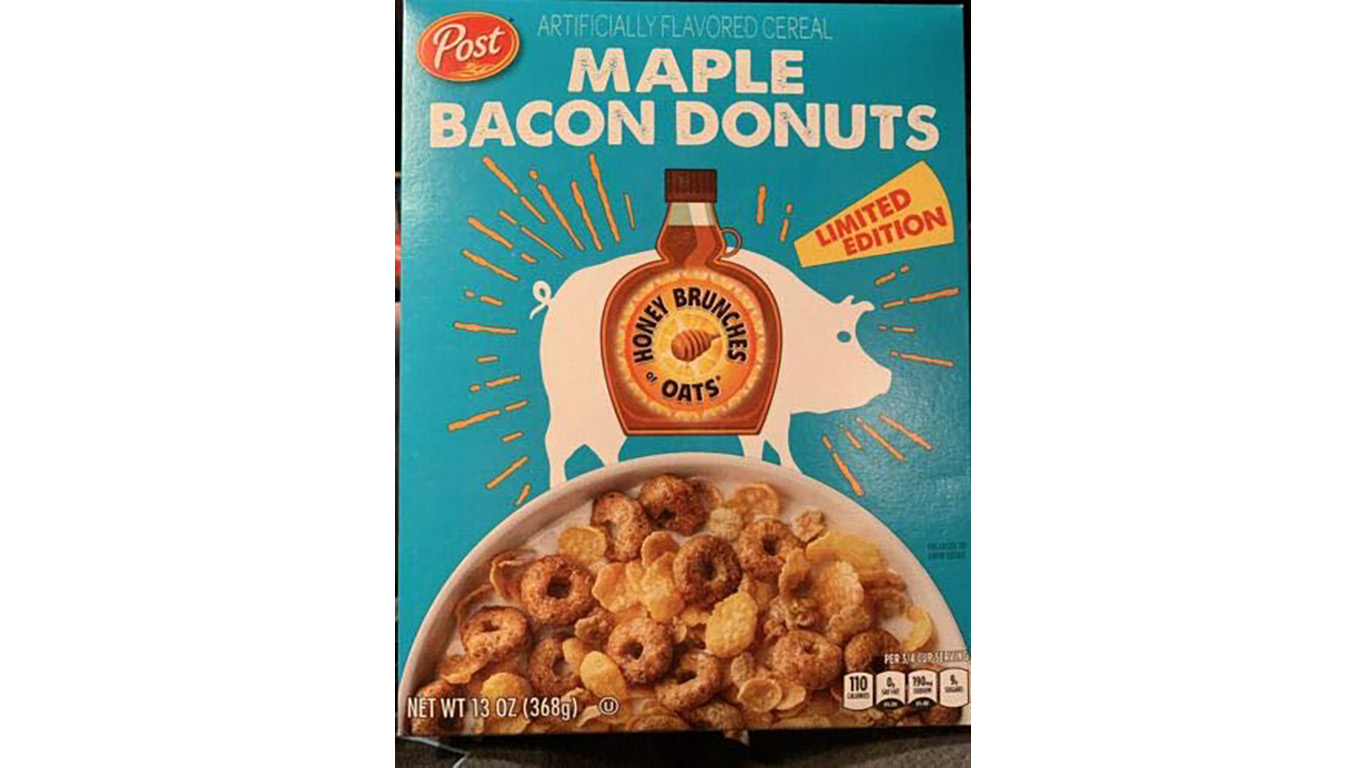 Right at the top of the box this Post creation comes in, it says “artificially flavored cereal.” No kidding. Let’s see: honey, oats, maple, bacon, and donuts, all in one package. The cereal appears to be flecked with little bits of bacon. However, the manufacturer stresses that there is no actual bacon or other meat involved — just the “delicious taste of… bacon, blended with sweet maple and honey.” Why are we not surprised?