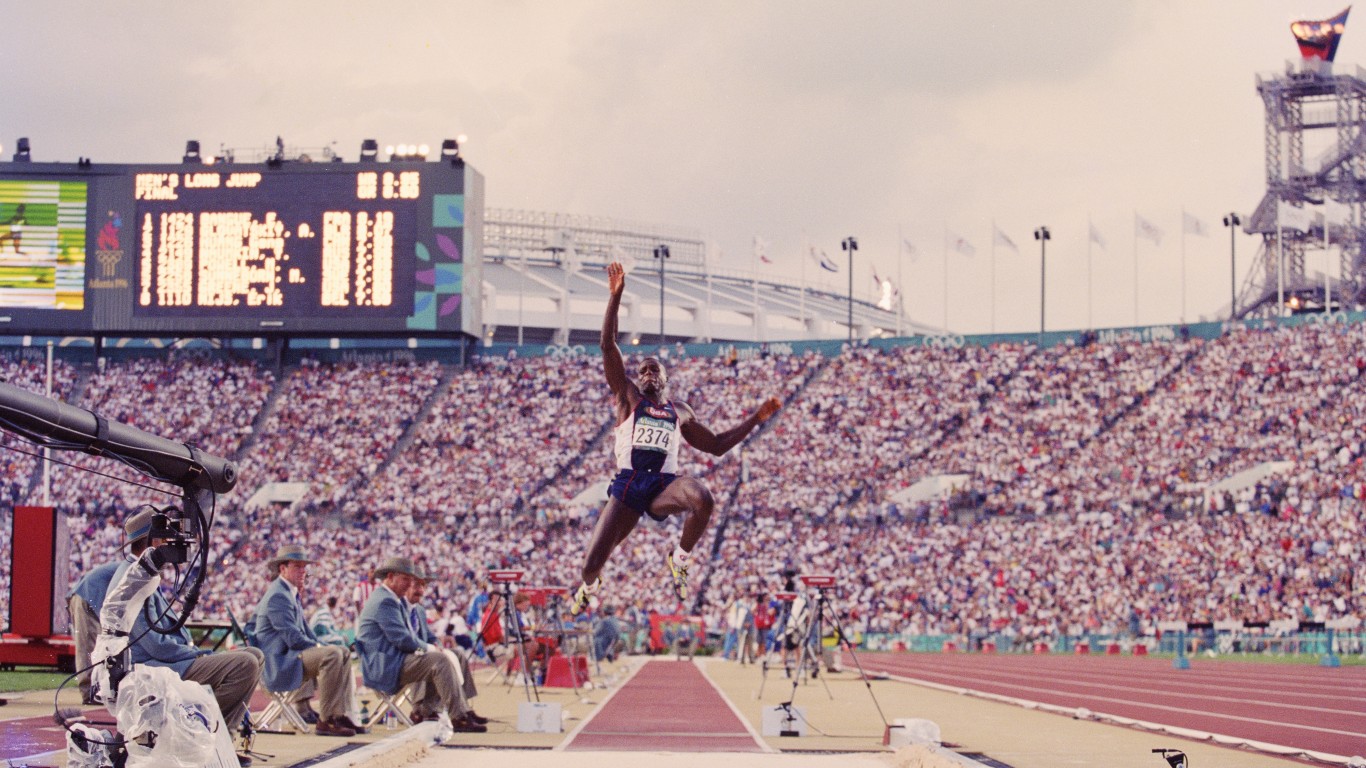 Like several before, these Games were interrupted by violence. Far-right extremist Eric Rudolph set off three bombs that killed two and injured over 100 in Centennial Olympic Park. Rudolph said he wanted to embarrass the U.S. for legalizing abortion. He was eventually captured in 2003. 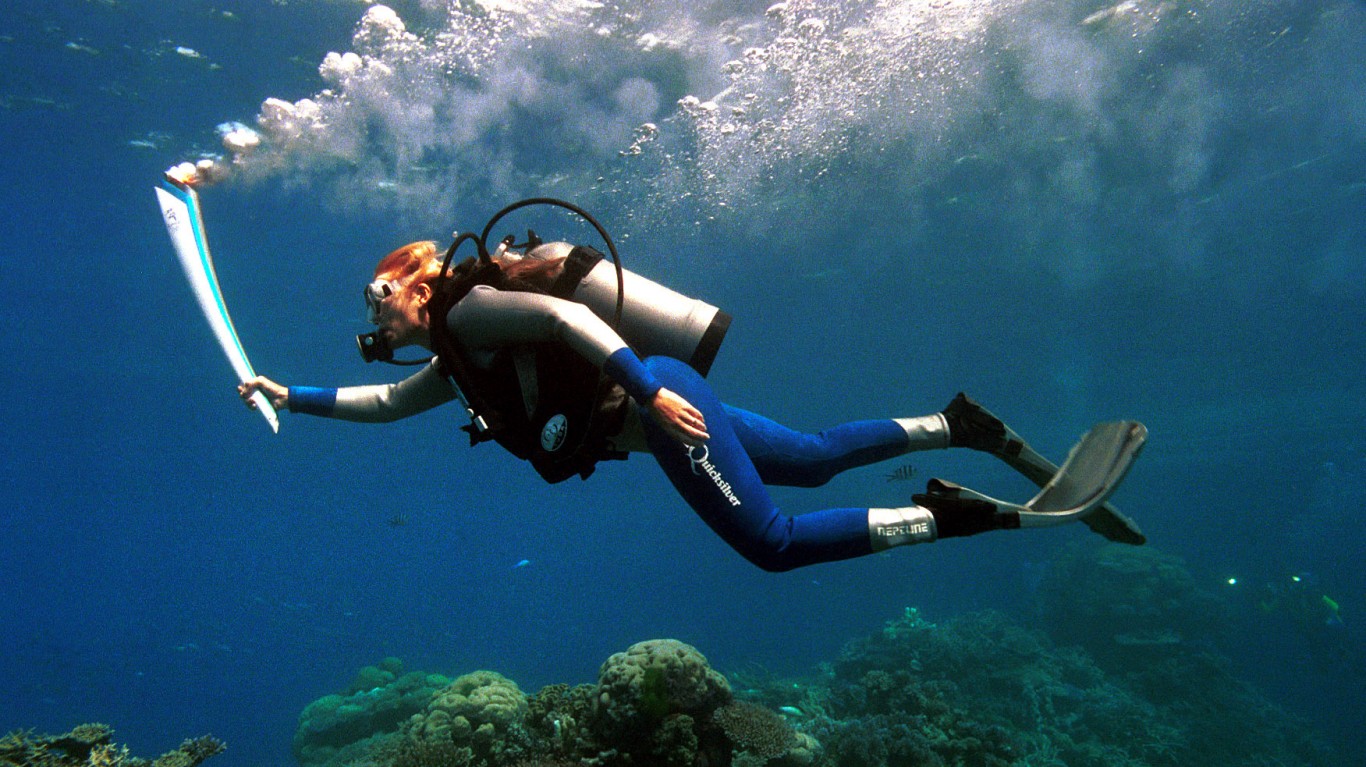 The 2000 Summer Olympics in Sydney were a welcome change from the violence and political turmoil that had rocked the previous contests of recent years. The 2000 Olympics marked the debut of a handful of competitions, including trampolining and taekwondo. Ultimately, the U.S. competitors took home the most medals, 93, edging out Russia’s 89.

24/7 Wall St.
Most Popular Beers With the Most and Fewest Calories 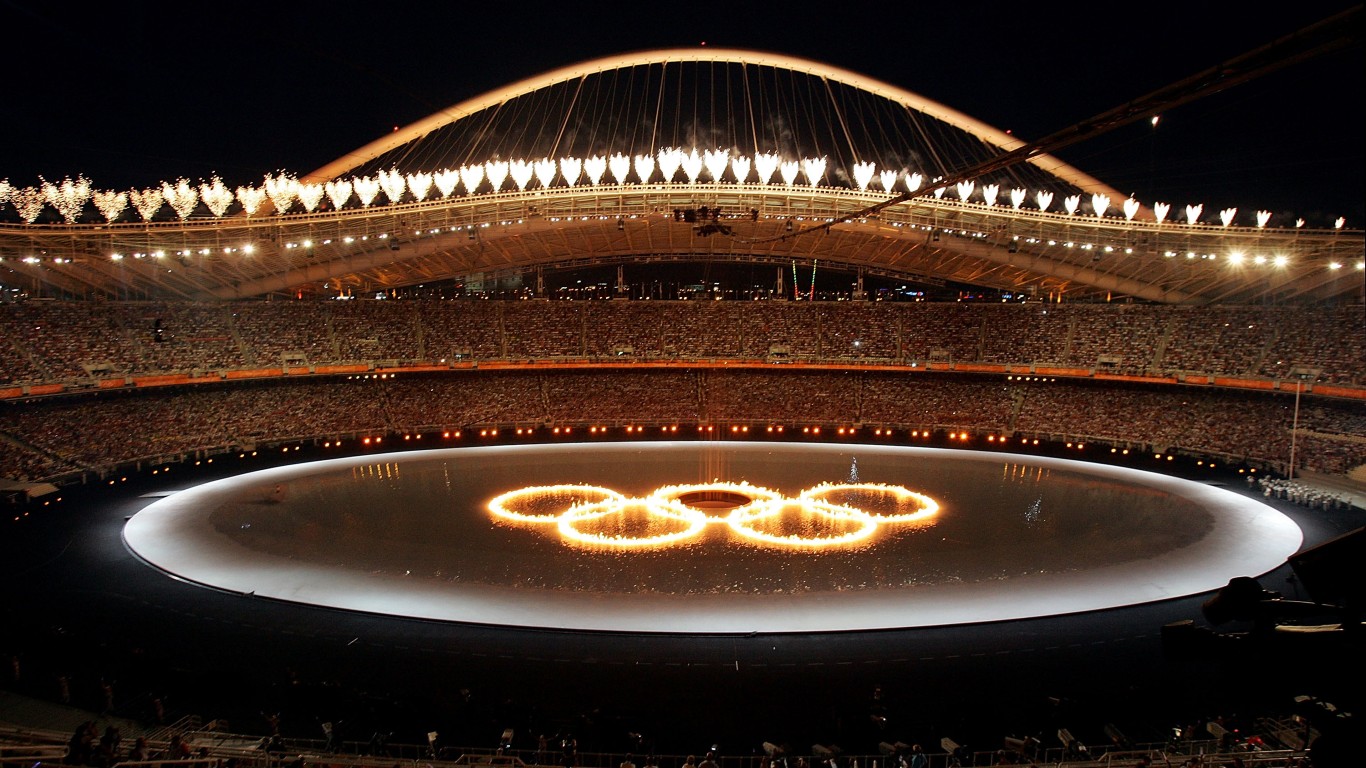 In 2004, the Olympics returned to their ancestral homeland of Greece. Over 10,000 athletes from 201 countries came to Athens to compete. In a nod to history, shot putters competed in the Ancient Olympic Stadium and marathon runners ran the original marathon course — beginning in the village of marathon and running to the Panathenaic Stadium. America topped the medal standings, with 101 medals and 36 golds. 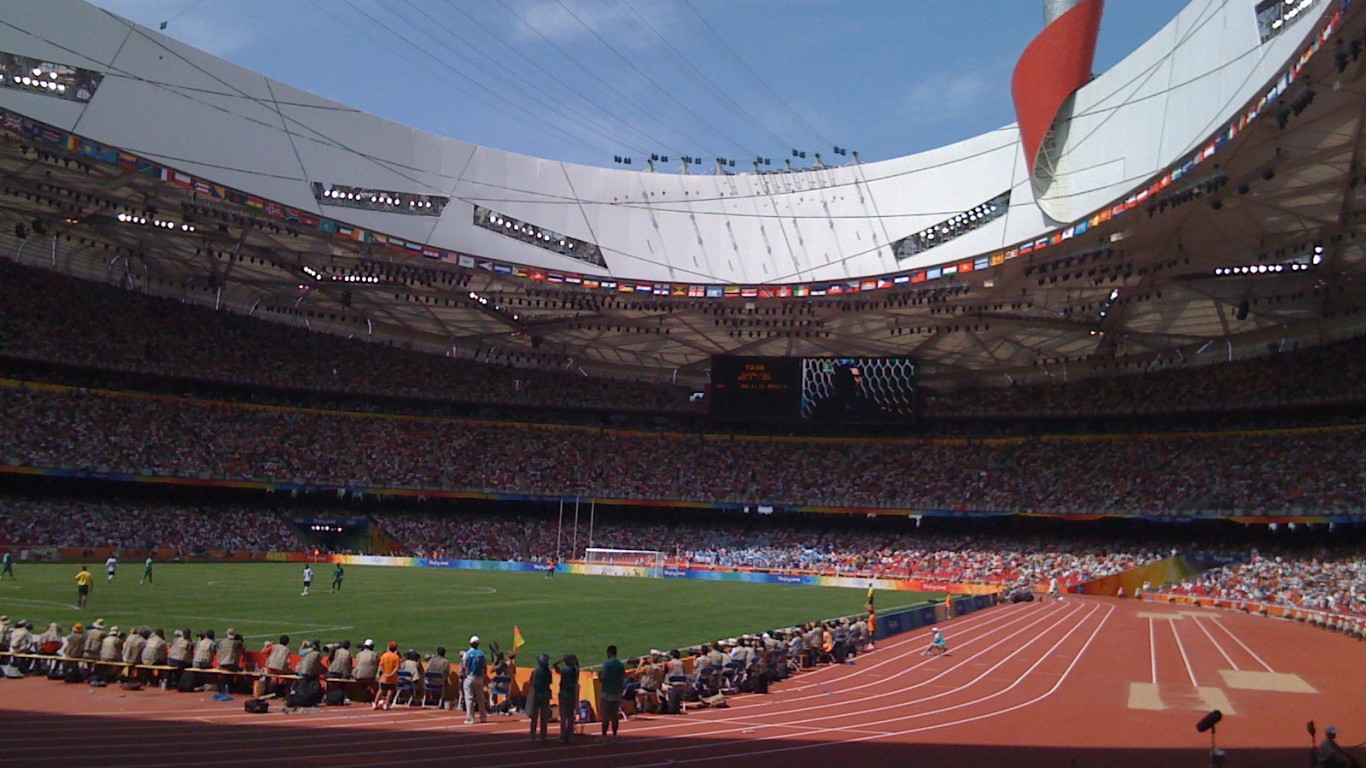 The 2008 Summer Olympics in Beijing were spectacular from start to finish. The Opening Ceremony is still remembered fondly as perhaps the best ever. The unquestioned superstar of the 2008 Games was American swimmer Michael Phelps. He won all eight events on his docket, becoming the first athlete to win eight golds in one Games, as well as the first to hold 14 total golds. Jamaica’s Usain Bolt also made a splash, winning the 100 meter dash in style and setting a world record of 9.69 seconds in the process. 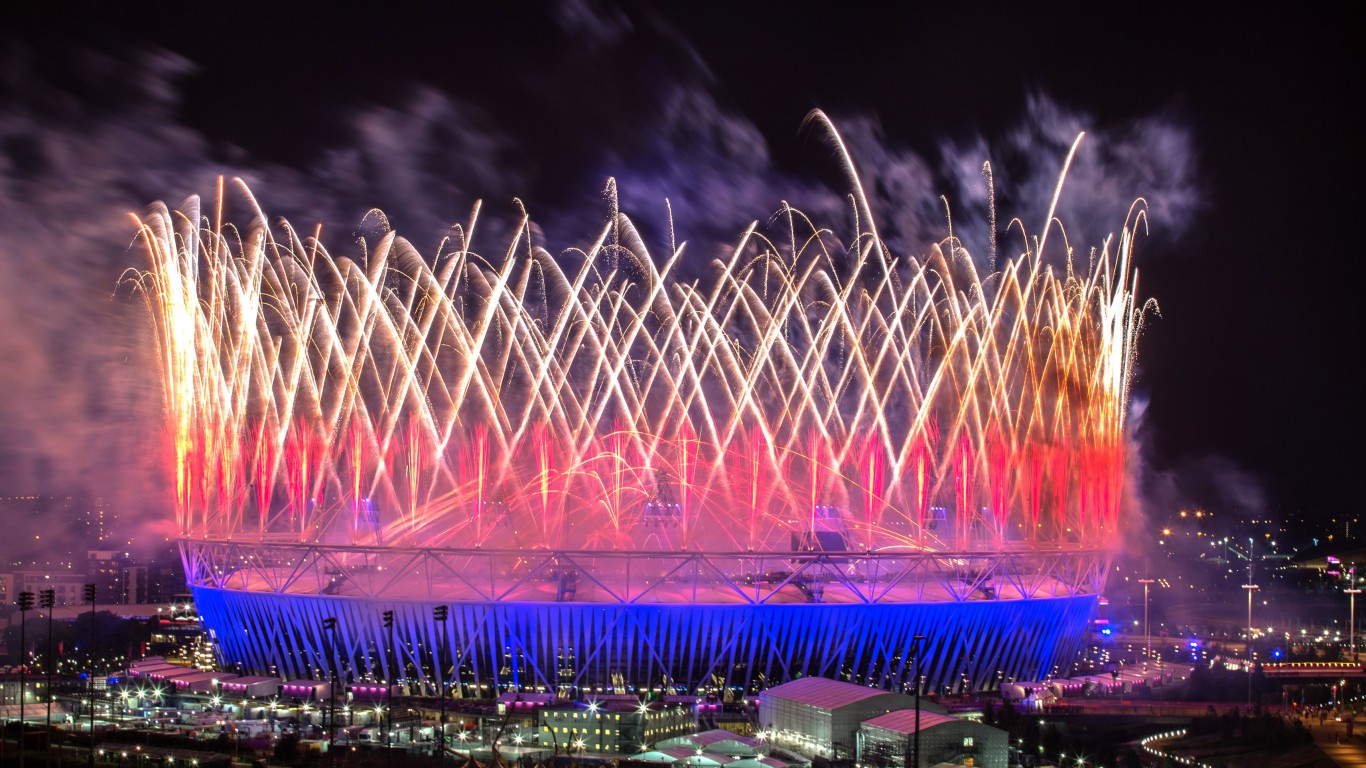 London became the first three-time Olympics host in modern history when it held the 2012 Olympic Games. British distance runner Mo Farah became a national hero, winning gold in the 5,000 and 10,000 meter races on home soil. But it was the U.S. that tallied the most medals, at 104. China finished second with 91, and the host nation won the fourth-most total medals, but the third-most golds, at 29.