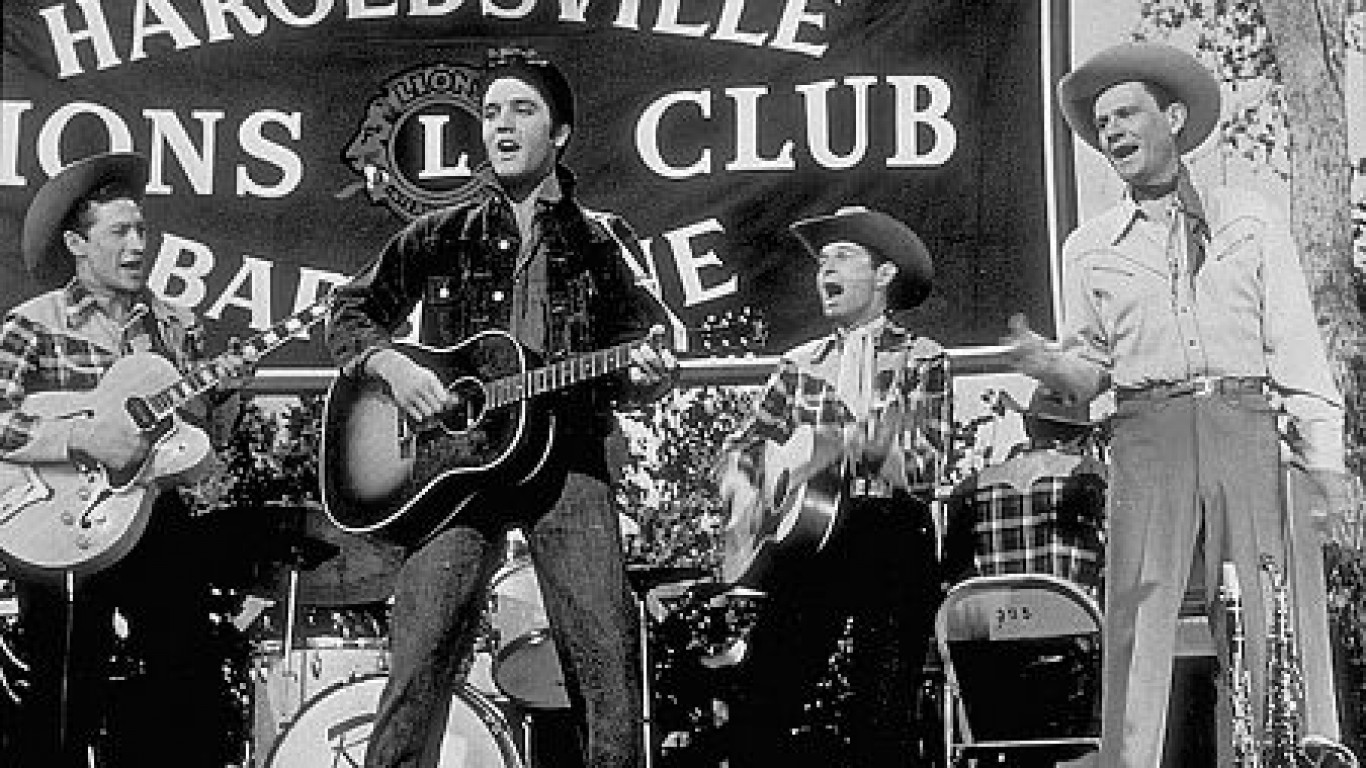 Elvis’ second movie features the King of Rock N’ Roll playing a young musician seeking commercial success — as well as a little romance — in the music industry. The movie contains numerous Elvis songs, including “Loving You” (which was written for the film) and “Teddy Bear.” 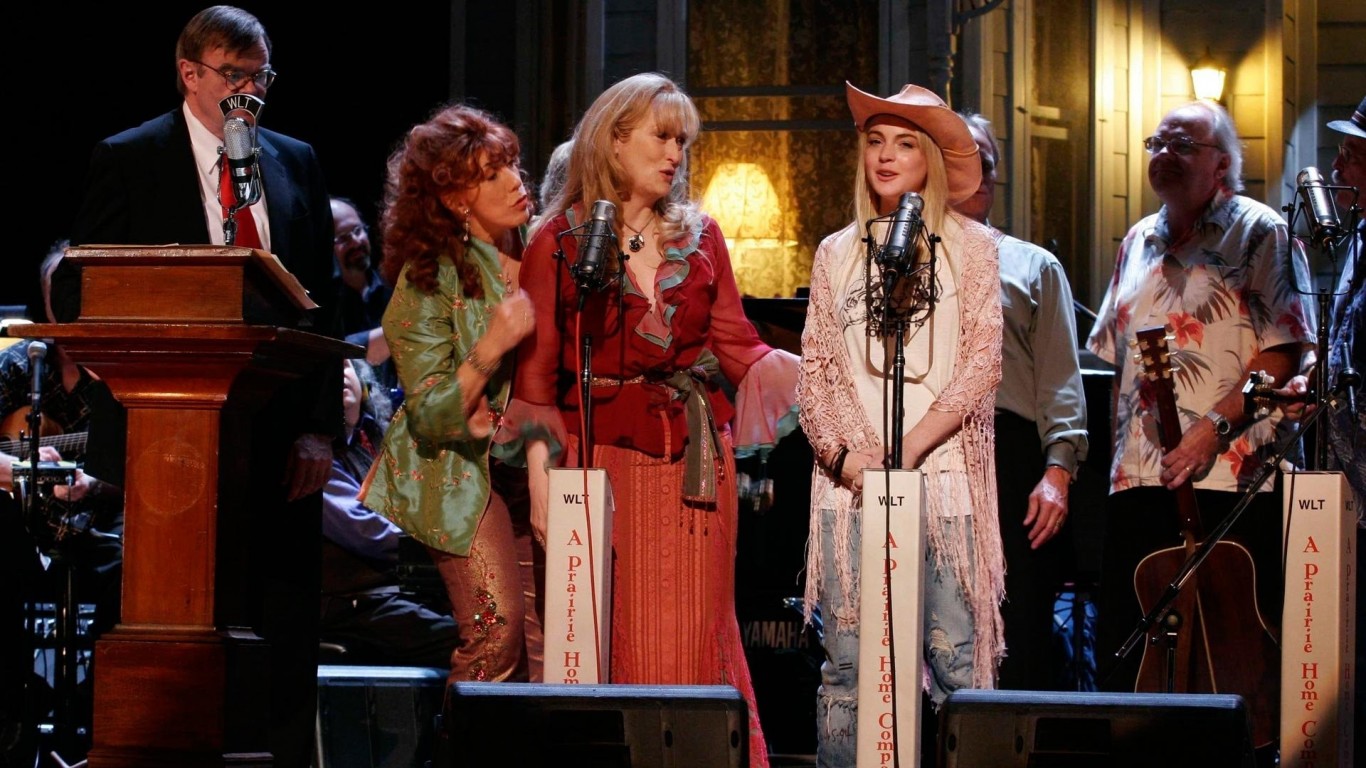 A strong cast including Lily Tomlin, Meryl Streep, Woody Harrelson, and Kevin Kline appears in Robert Altman’s last film, “A Prairie Home Companion.” This movie is about what occurs backstage during the last broadcast of a fictitious Midwestern radio variety show, whose performers include country and western singers. The film adaptation of Garrison Keillor’s radio broadcast has a Rotten Tomatoes Freshness rating of 82%.

24/7 Wall St.
The 40 Most Popular Country Music Albums of All Time 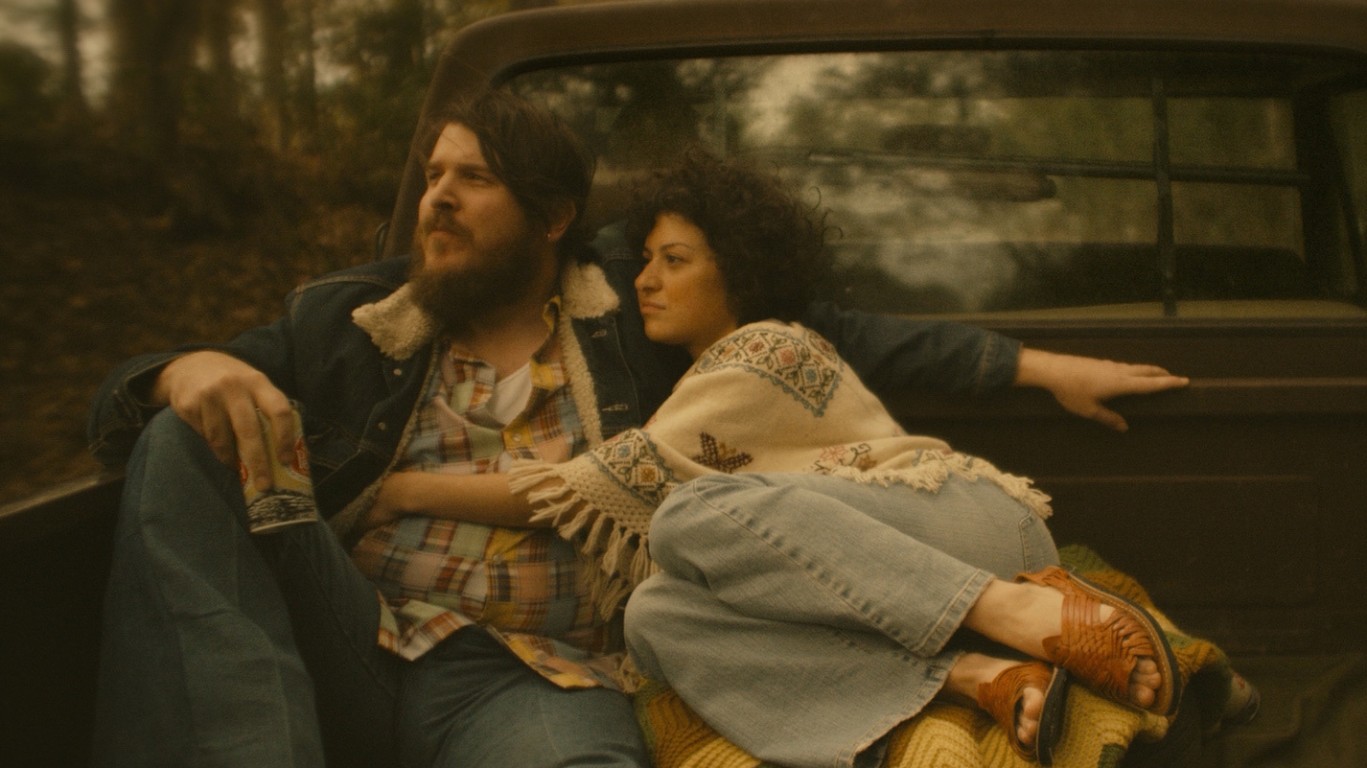 Oscar-nominated actor Ethan Hawke co-wrote and directed this biopic about the late Texas singer-songwriter Blaze Foley. The film received positive reviews from 96% of critics on Rotten Tomatoes, where the Critics Consensus described it as “lyrical and bittersweet as the music its subject left behind.” The movie features cameos from some faces that will be familiar to country music fans, such as Kris Kristofferson. 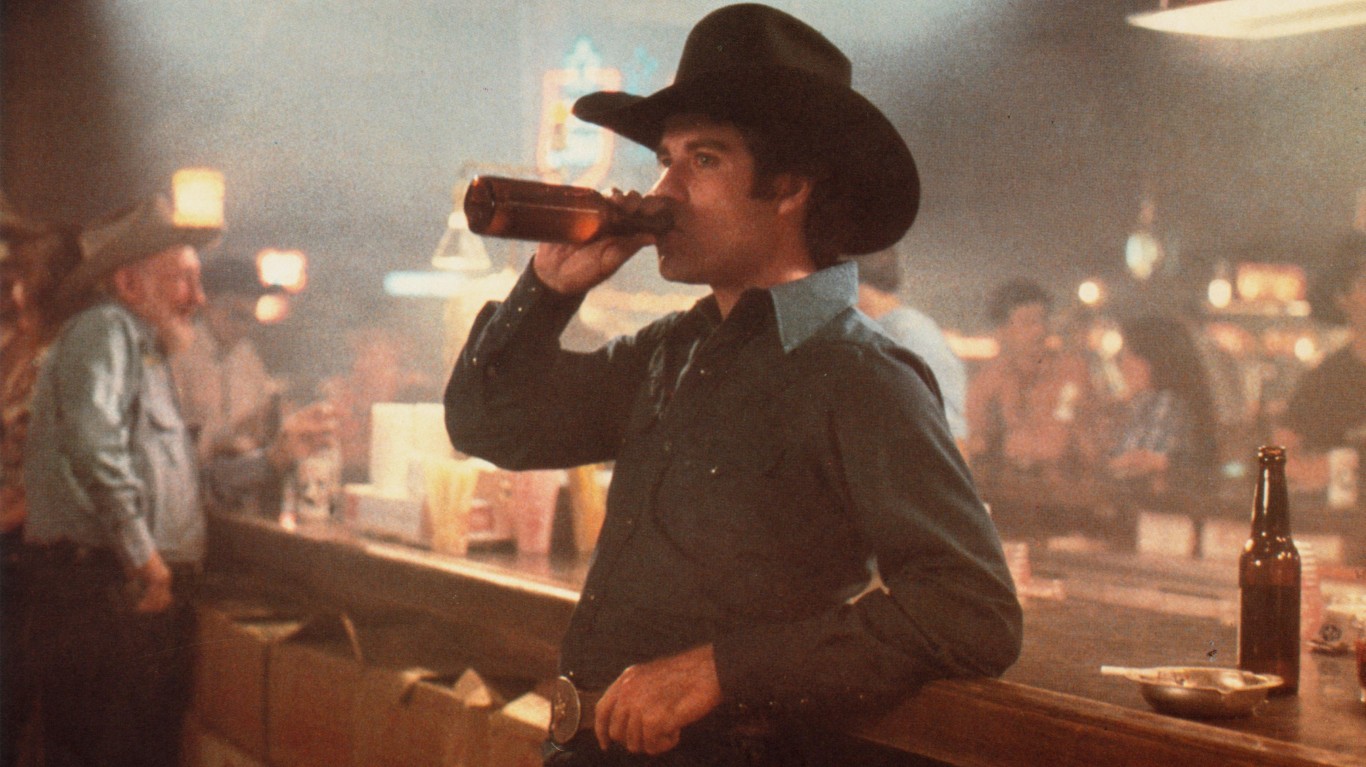 After his iconic role as a disco dance king in “Saturday Night Fever,” John Travolta turned to the west to play an oil rigger who immerses himself in the nightlife of Houston, where he finds romance, does country dances, and rides a mechanical bull. “Urban Cowboy” did not achieve the cultural stature of “Saturday Night Fever” (though Travolta did a solo dance turn to country music), but it did produce a soundtrack album of country hits and helped launch a Western fashion trend. 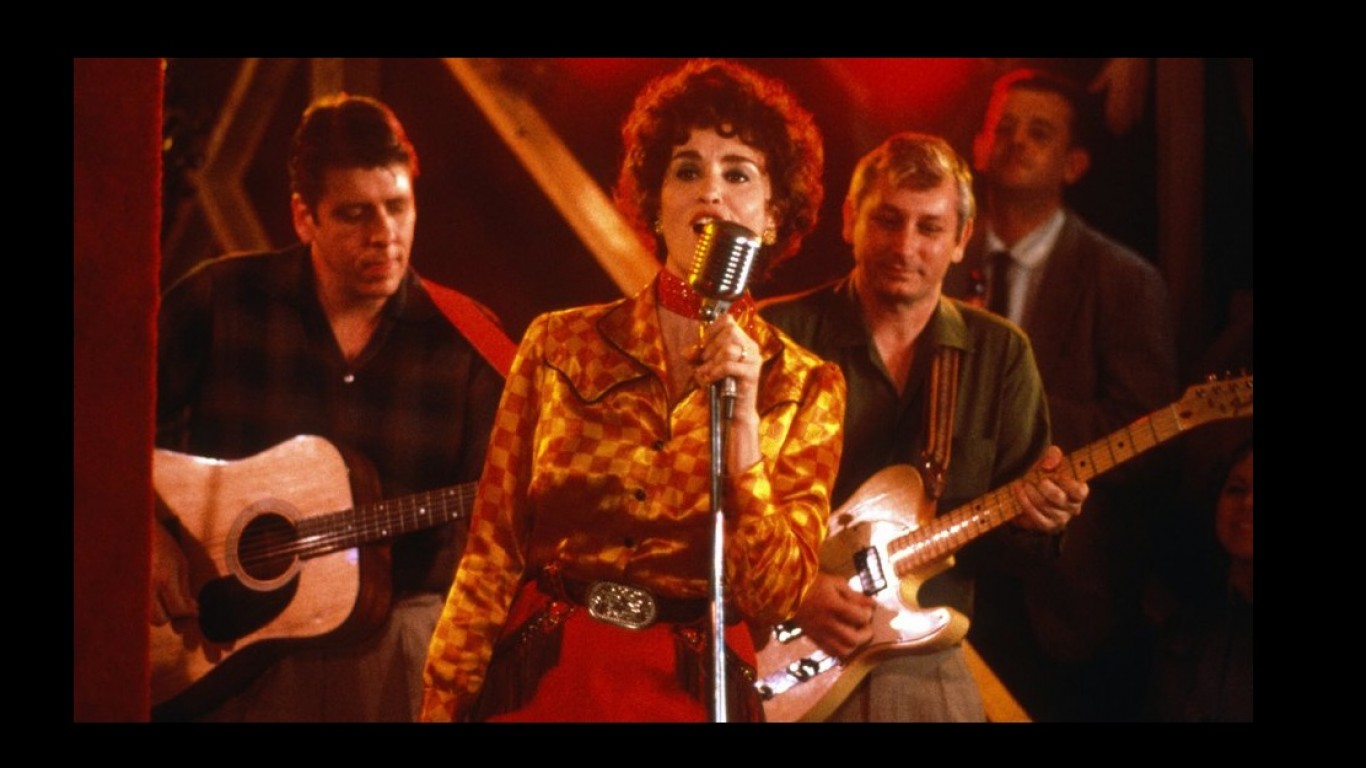