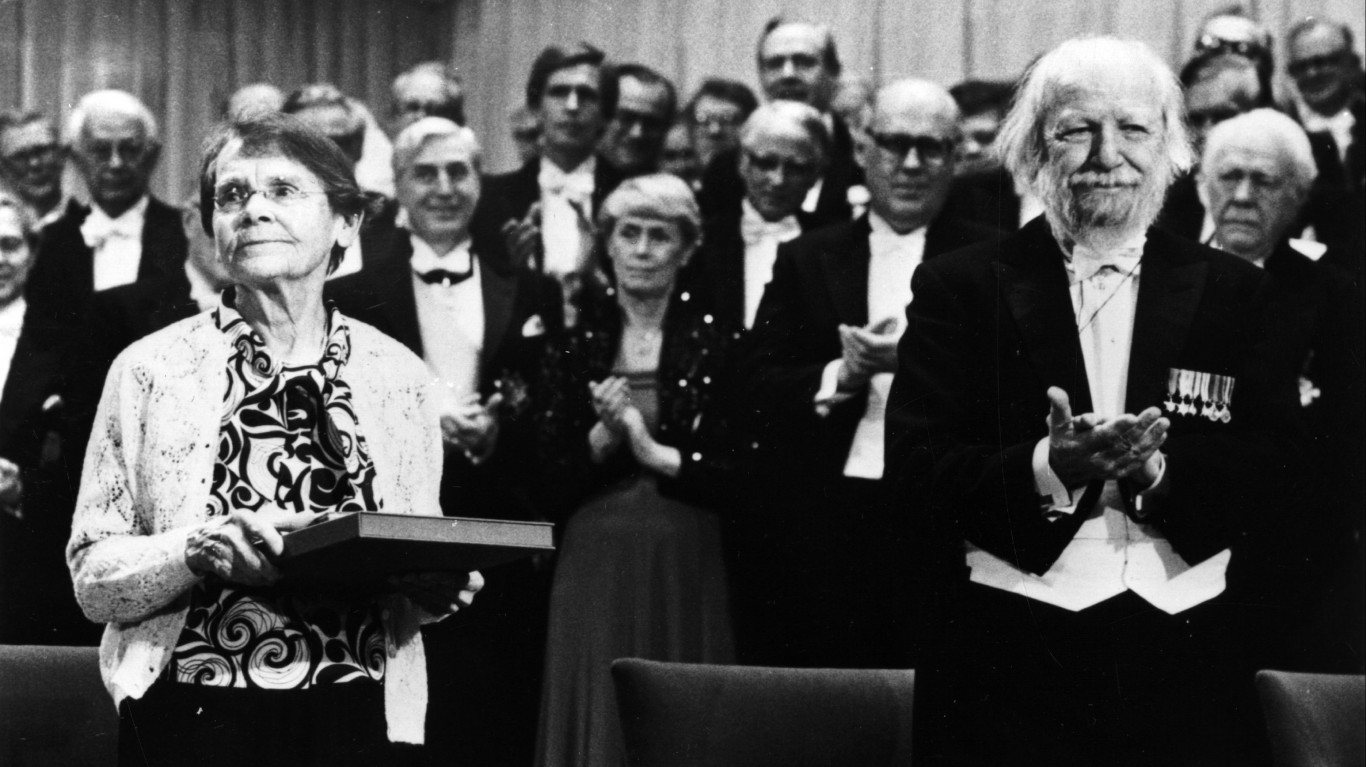 After earning her Ph.D at Cornell, co-authoring a ground-breaking paper connecting chromosomes and genetics, and receiving a Guggenheim fellowship to study in Germany, Barbara McClintock returned to Cornell to learn that the university did not hire women professors. She nevertheless attracted funding for her research and spent her life studying genetics at the Cold Spring Harbor Laboratory on Long Island. In the 1940s, McClintock made revolutionary discoveries about the movement of chromosomes and their effect on genes, but her work was not taken seriously until the late 1960s and ’70s when her findings began to be verified. Unlike many women scientists before her, history acknowledged her contributions in her lifetime, and she was finally recognized with numerous awards, becoming, in 1983, the first woman to be the sole recipient of the Nobel Prize for Physiology and Medicine. 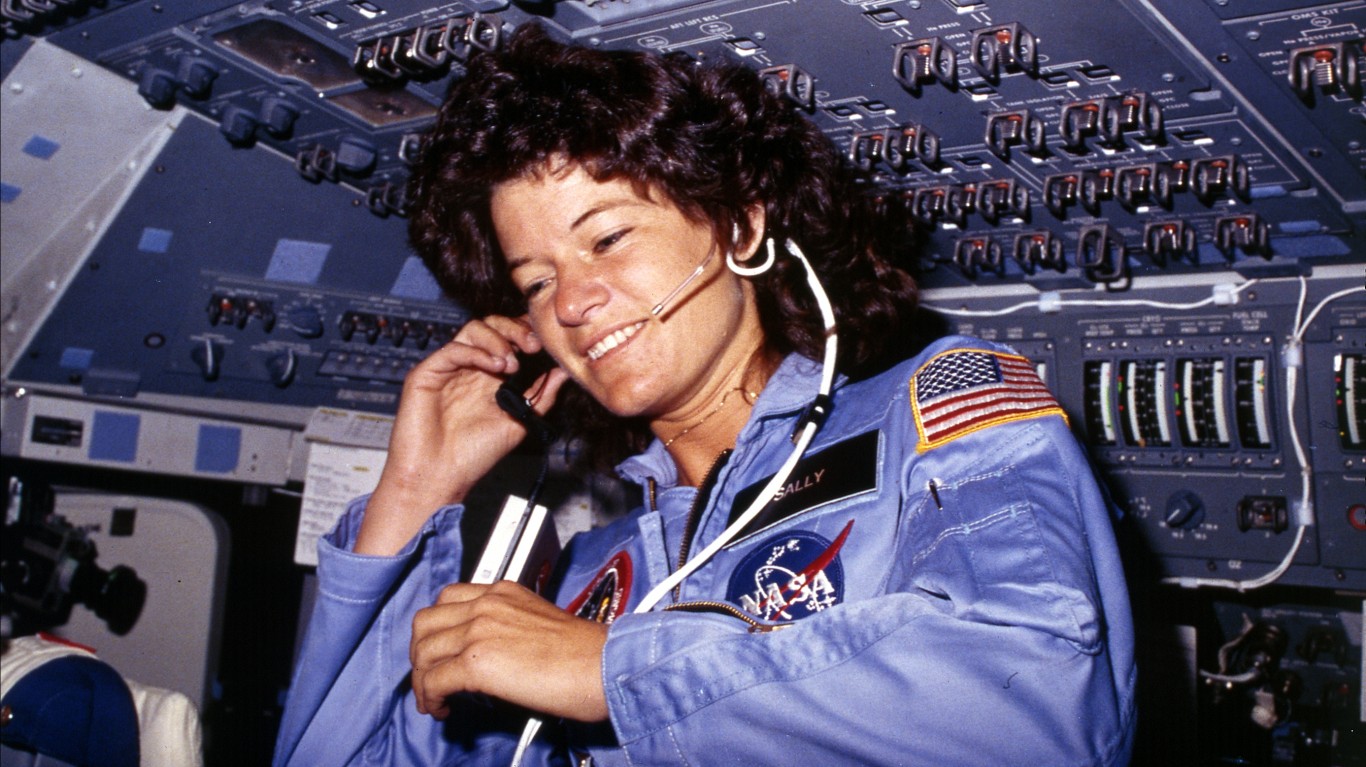 A former tennis champion with a Stanford Ph.D in physics, Sally Ride joined NASA’s team of astronauts as a mission specialist rather than a pilot, and, in 1983, flew a space shuttle mission as Challenger’s engineer — the first American woman in space. She flew a second space mission the following year, her last, and later worked in the NASA administration and as a physics professor at the University of California at San Diego. Ride was devoted to the education of children, particularly science and math education for girls and children from diverse backgrounds. She wrote several children’s books and started nonprofit organizations in collaboration with her long-time partner Tam O’Shaughnessy. Ride can claim another first — she is the first acknowledged gay astranoaut.

24/7 Wall St.
Countries With the Highest Rates of Working Women 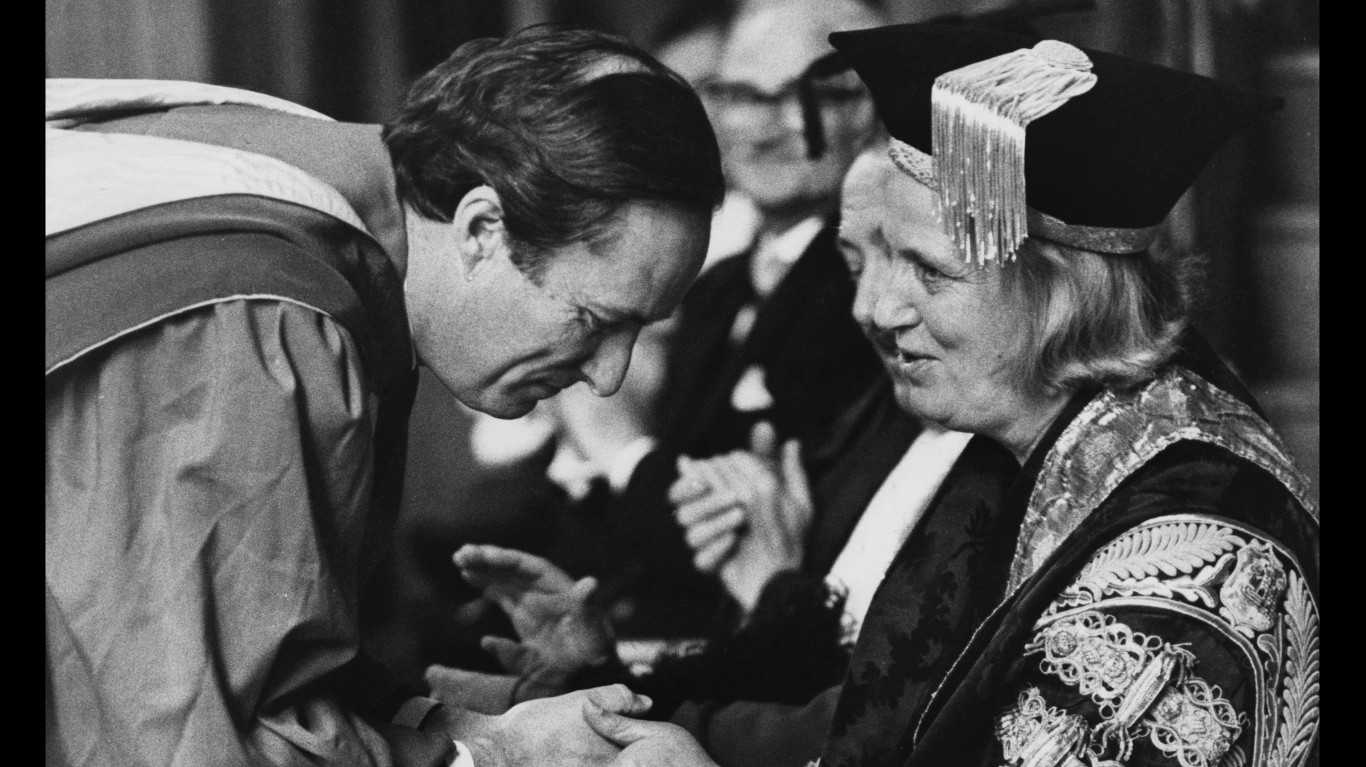 As an undergraduate at Oxford, Dorothy Hodgkin was one of the first scientists to use X-ray crystallography to study organic compounds, and, as a Ph.D. candidate at Cambridge, she assisted in the first X-ray diffraction of the protein pepsin, a main digestive enzyme. After receiving her Ph.D., she accepted a job at her undergraduate school, where she set up an X-ray laboratory. Despite severe pain and disfigurement in her hands caused by rheumatoid arthritis, Hodgkin’s persistent work led to her discovery of the structure of penicillin and, later, vitamin B12 , for which she won the Nobel Prize in Chemistry in 1964. Five years later, with advances in X-ray and computer technology, Hodgkin completed a lifetime effort to discover the structure of insulin. 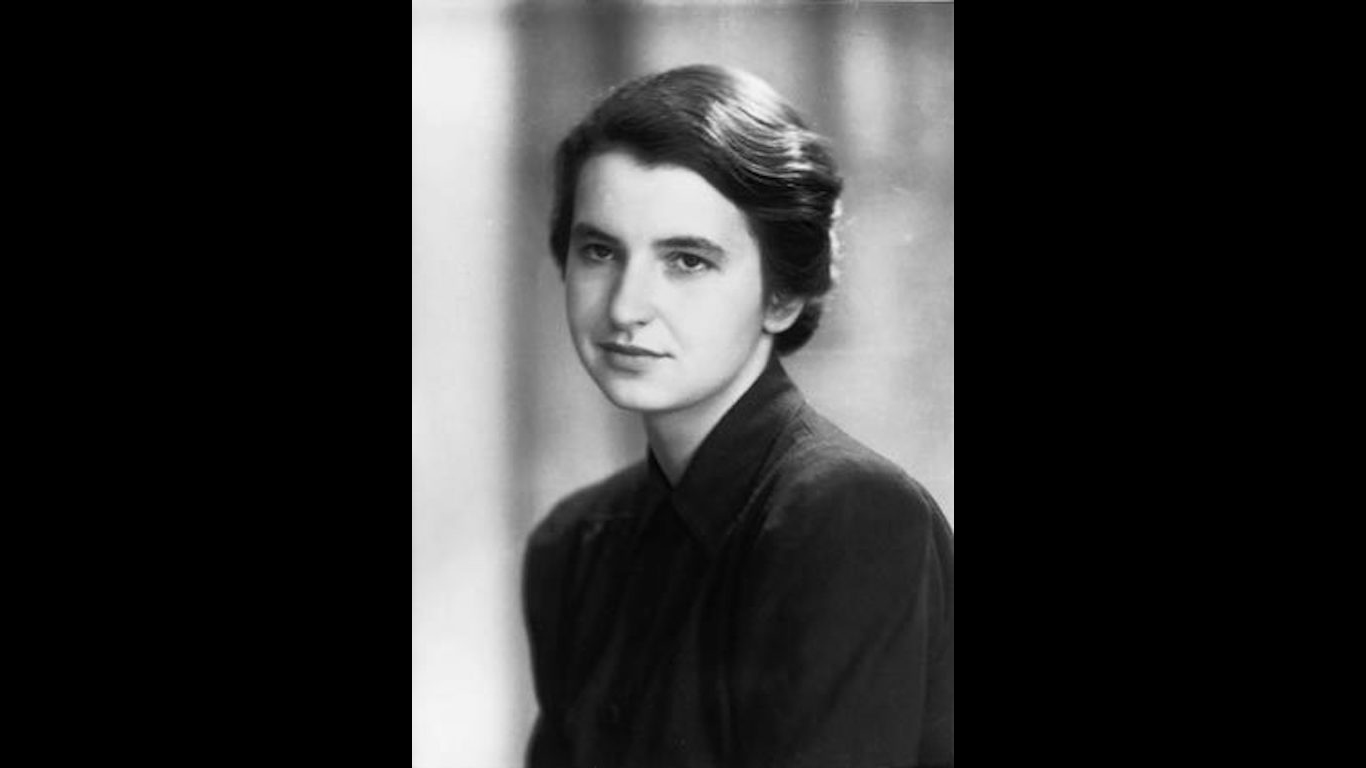 Like many women in science, Rosalind Franklin’s contributions to significant research were not fully credited by male research scientists, who received the Nobel Prize in Medicine in 1962 for their discovery of the structure of DNA. With a Ph.D. in physical chemistry from Cambridge, Franklin was an expert in X-ray crystallography. She was one of several scientists studying DNA when James Watson and Francis Crick used some of her data and X-ray photographs to create their famous model of the DNA double helix, without acknowledging her contribution. After the DNA breakthrough, Franklin continued with important, independent research into the structure of RNA and viruses, but she died of ovarian cancer at the age of 37. 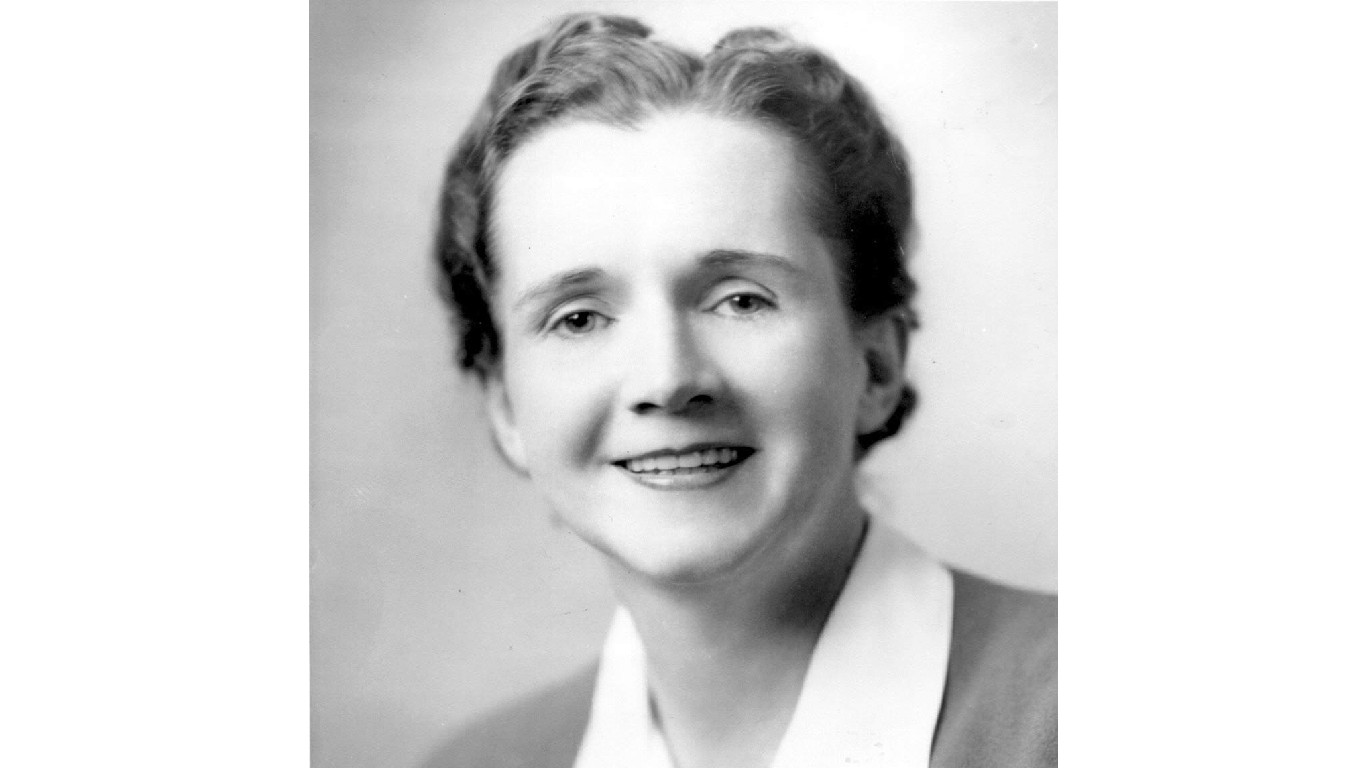 A talented writer with degrees in biology, Rachel Carson became an expert on ocean ecology, publishing three popular books about the sea. Their success allowed her to quit her job with the U.S. Fish and Wildlife Service to research what became her most famous book, “Silent Spring,” which exposed the environmental threat pesticides pose. The book, and Carson’s testimony before Congress, led to the banning of DDT, an insecticide, and she is credited with launching the environmental movement.