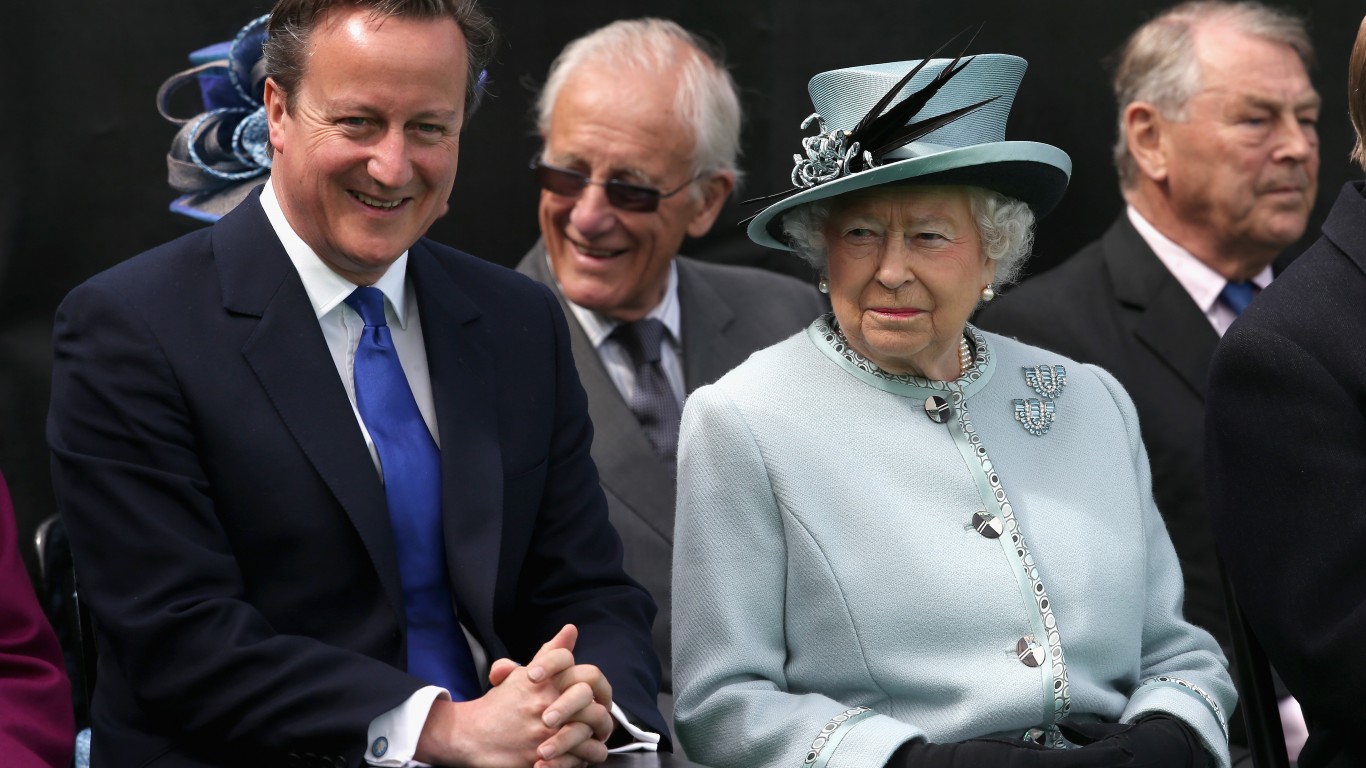 At 43 years old, David Cameron became the youngest serving prime minister during Elizabeth’s reign and the youngest PM since 1812. He attended the Heatherdown school with the Queen’s son, Prince Edward. Like Tony Blair in the Labour Party, he was perceived as part of the new generation of Conservative Party. The global financial crisis and an expense-account scandal that hurt Labour helped lift Cameron to a coalition victory with the Liberal Democratic Party. He is perhaps most remembered, however, as architect of the 2016 referendum on whether or not the UK should remain part of the European Union. He supported EU membership and was widely criticized when the population voted in favor of “Brexit.” Following the death of the Queen, Cameron called her “the world’s greatest public servant.” 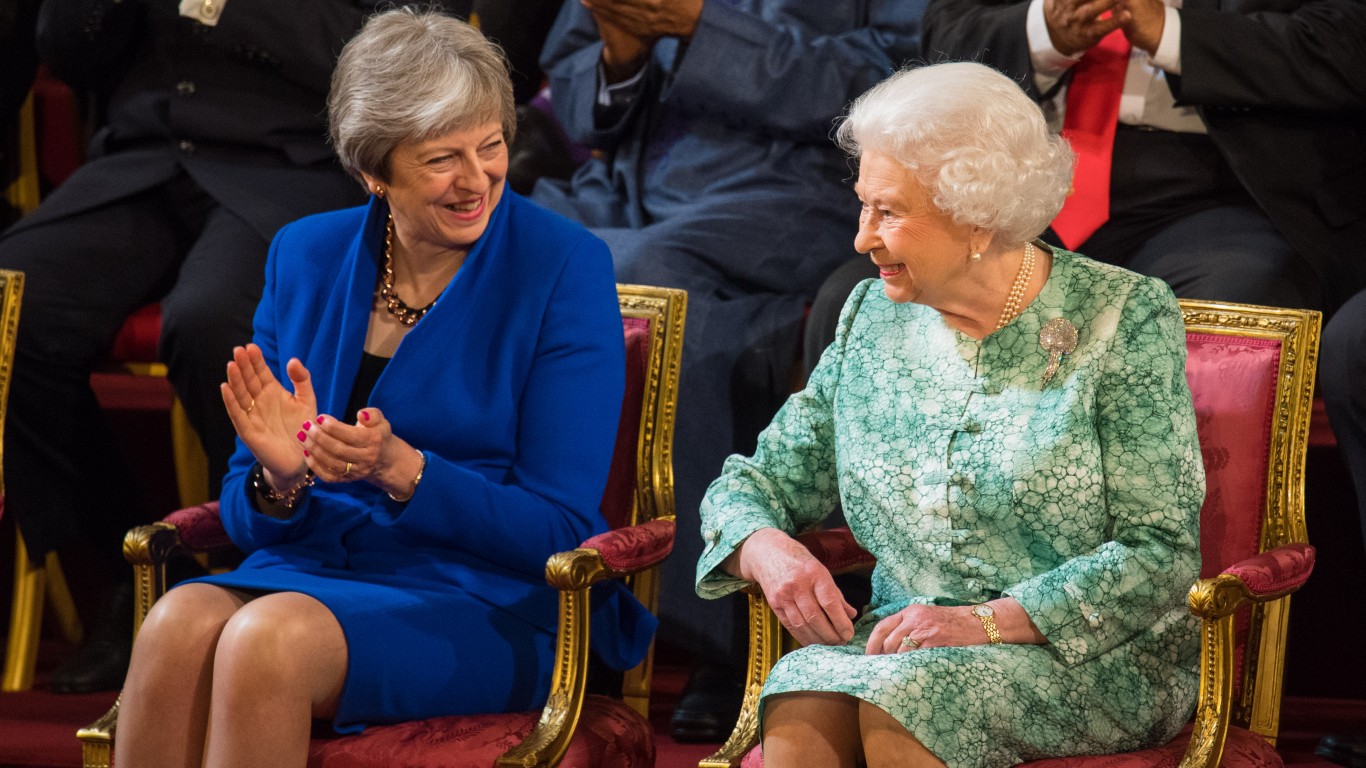 Theresa May was the second female British prime minister. Her three-year time as PM was dominated by her negotiations with the EU to set the terms of the British withdrawal. Three times she tried to get Parliament to back her Brexit deal and three times she failed. Following the final failure, she resigned. In a tribute to the Queen in a session of Parliament, May said the Queen “gave an example to us all of faith, of service, of duty, of dignity, of decency.”

24/7 Wall St.
All the Prime Ministers Who Served Under the Queen 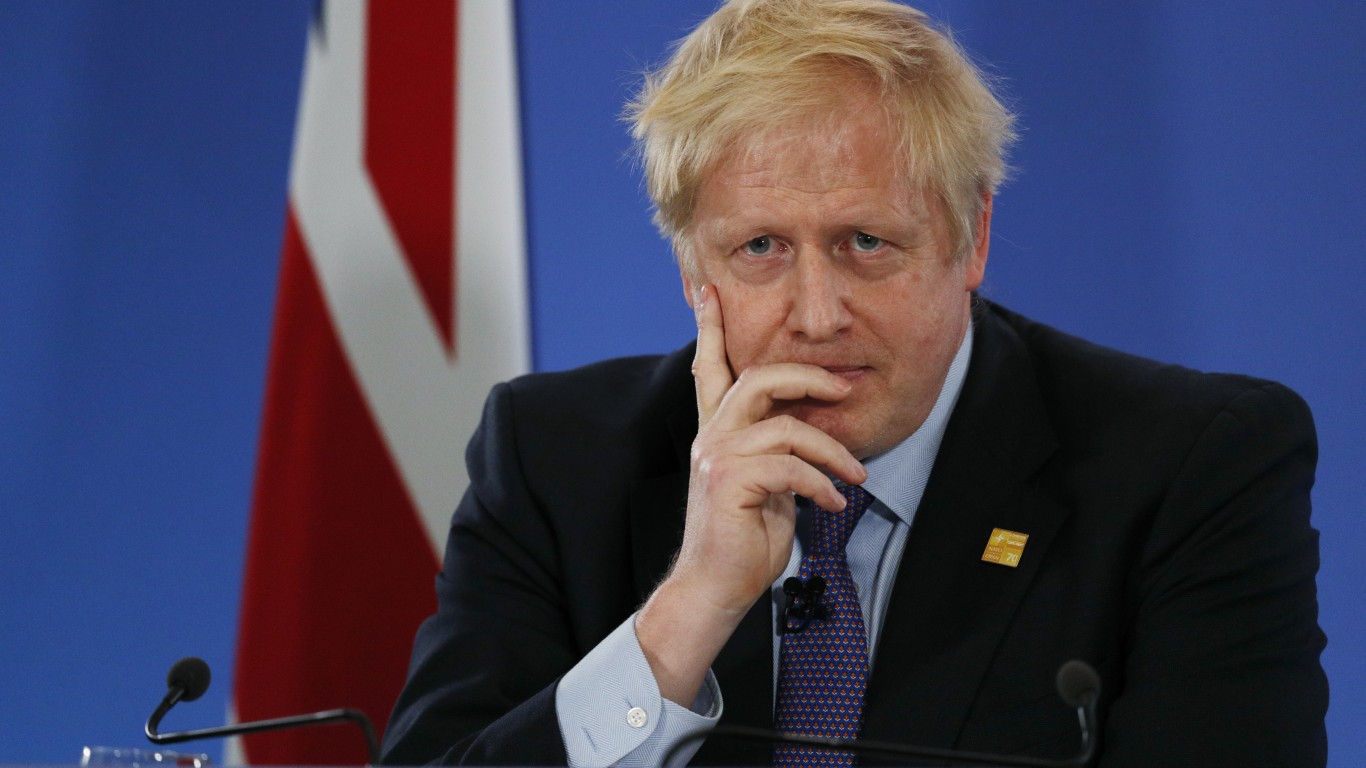 Boris Johnson would be the final prime minister to serve a full term with Queen Elizabeth. Johnson will be remembered for finally getting the Brexit deal accomplished. But errors in ethical judgment and criticism of how he handled the pandemic contributed to him losing the post as prime minister. Johnson had his final audience with the Queen in Balmoral Castle on Sept. 6 and he said she was “actively focused” on world events though she was not well. 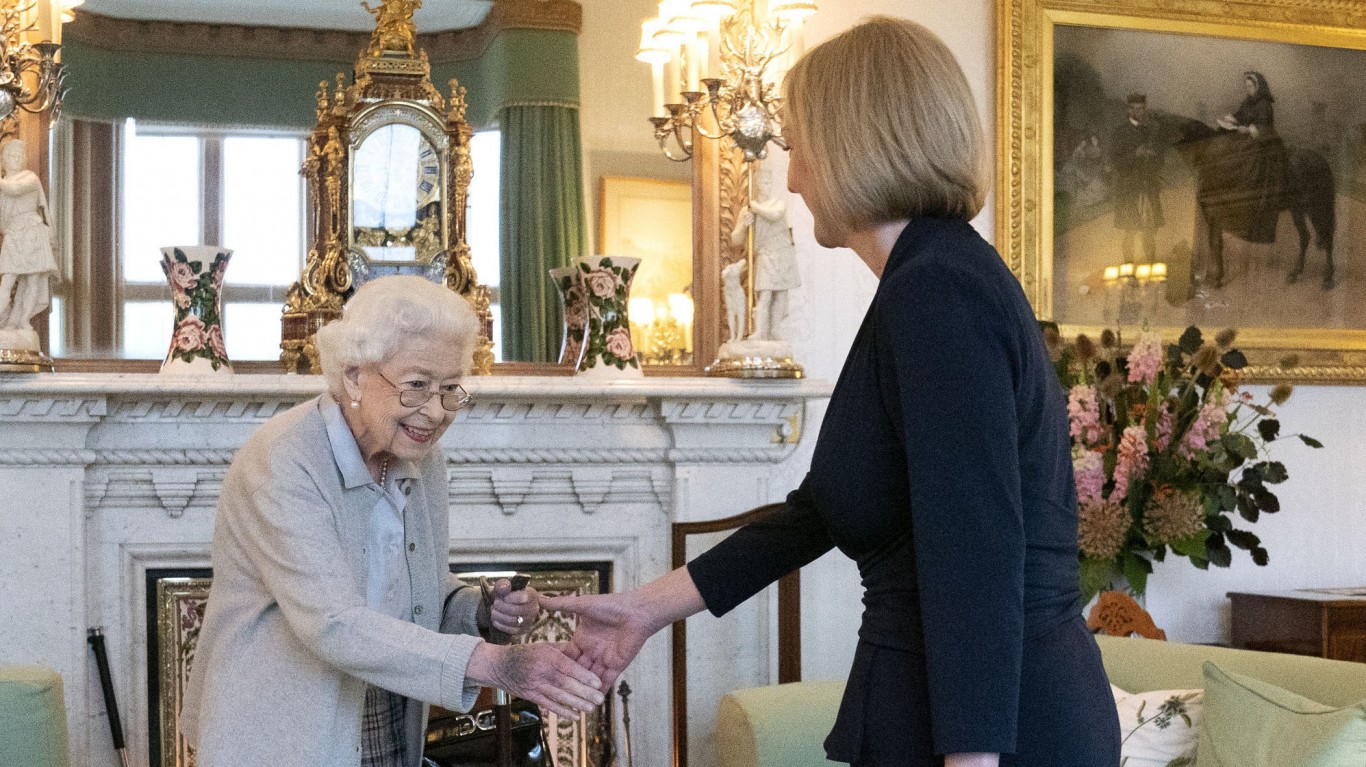 Liz Truss became prime minister following the resignation of Boris Johnson, who formally stepped down at Balmoral Castle on Sept. 6. The photo of her meeting with the Queen on Sept. 6 was the last public photograph taken of the monarch.