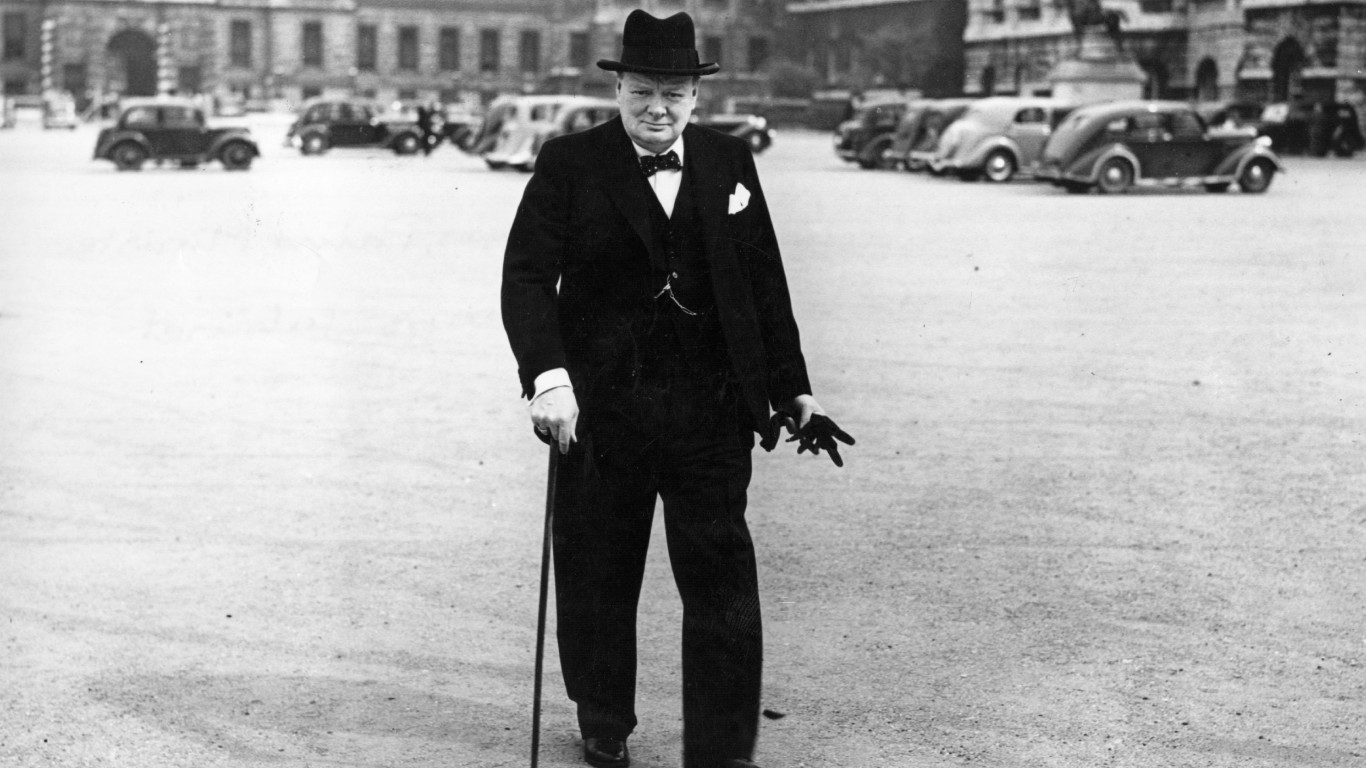 Winston Churchill, who led Great Britain during WWII, returned to power in 1951. Despite a difference of 52 years between the two of them, the Queen and Churchill developed a close relationship during his term. When he left office, she wrote a letter to him, saying, no other prime minister would “ever for me be able to hold the place of my first prime minister, to whom both my husband and I owe so much and for whose wise guidance during the early years of my reign I shall always be so profoundly grateful.” When Churchill died in 1965, the Queen broke protocol by arriving at his funeral before his family as a show of respect (Protocol states that the Queen is supposed to be the last person to arrive at any function.) 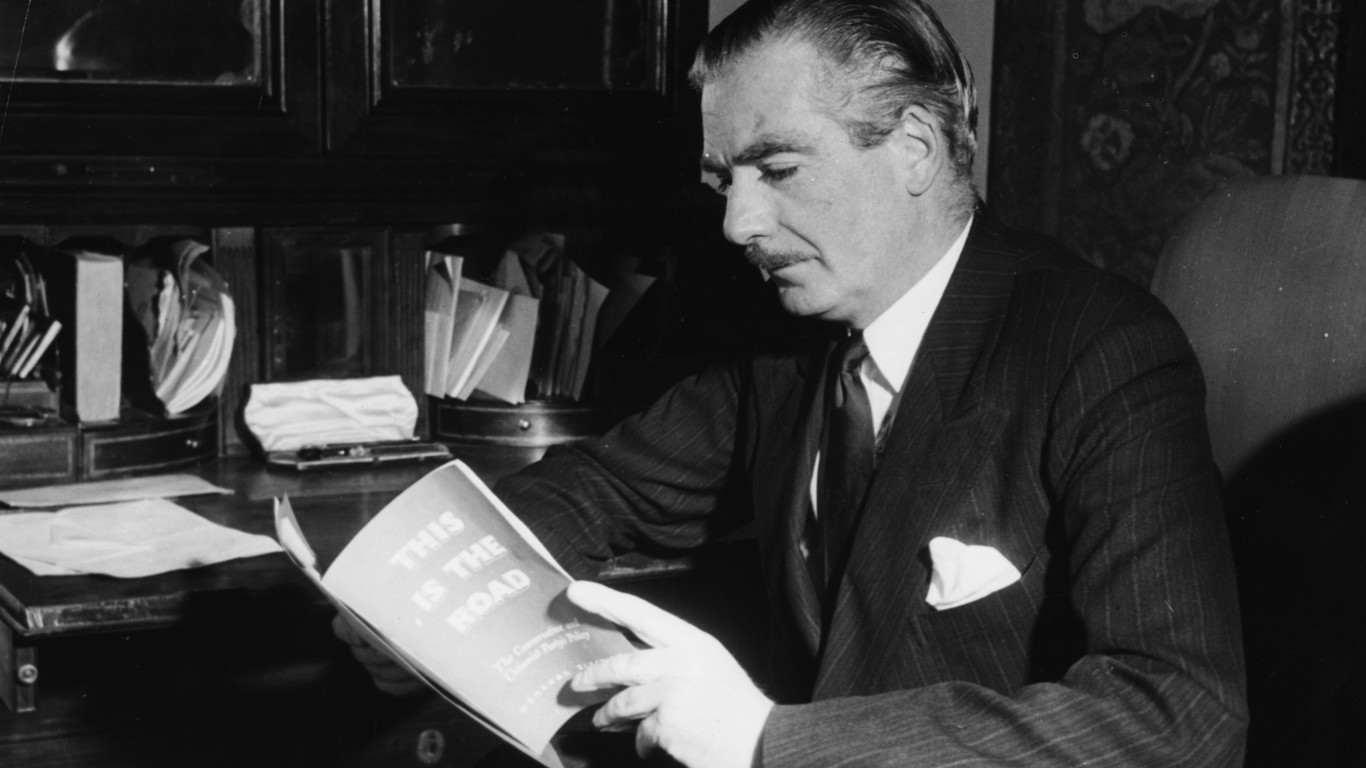 Anthony Eden was prime minister for two years. He was forced to resign over the Suez Crisis in 1956, when Anglo-French forces invaded Egypt after Egyptian president, Gamal Abdel Nasser, nationalized the Suez Canal, which had been controlled by French and British interests. The episode became a national embarrassment for Great Britain.

24/7 Wall St.
All the Prime Ministers Who Served Under the Queen 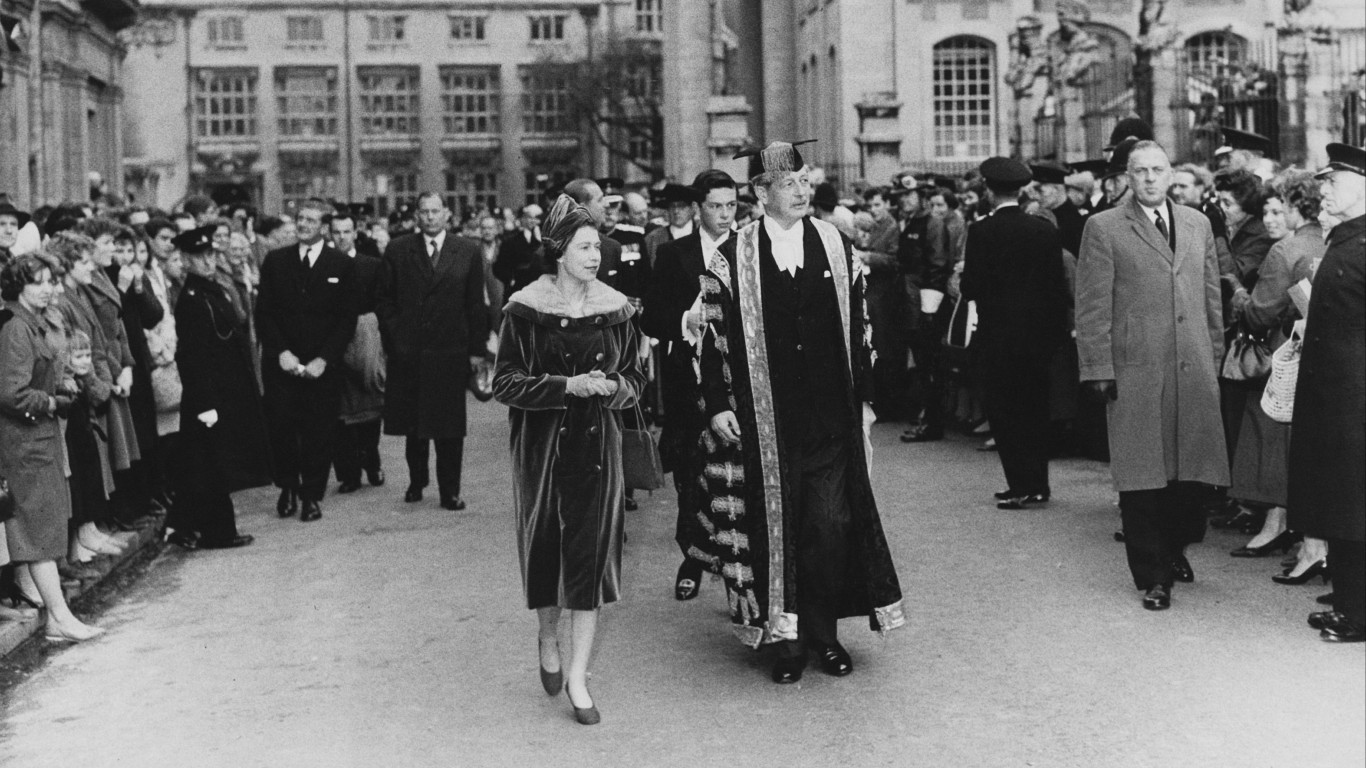 The patrician Harold Macmillan, who got on well with the Queen, served as PM for six years. Macmillan found her gracious and was impressed with her grasp of details. It was during this time that decolonization began to accelerate and both the PM and the Queen were involved in the British withdrawal. Macmillan’s health declined in 1963 and he resigned that year. 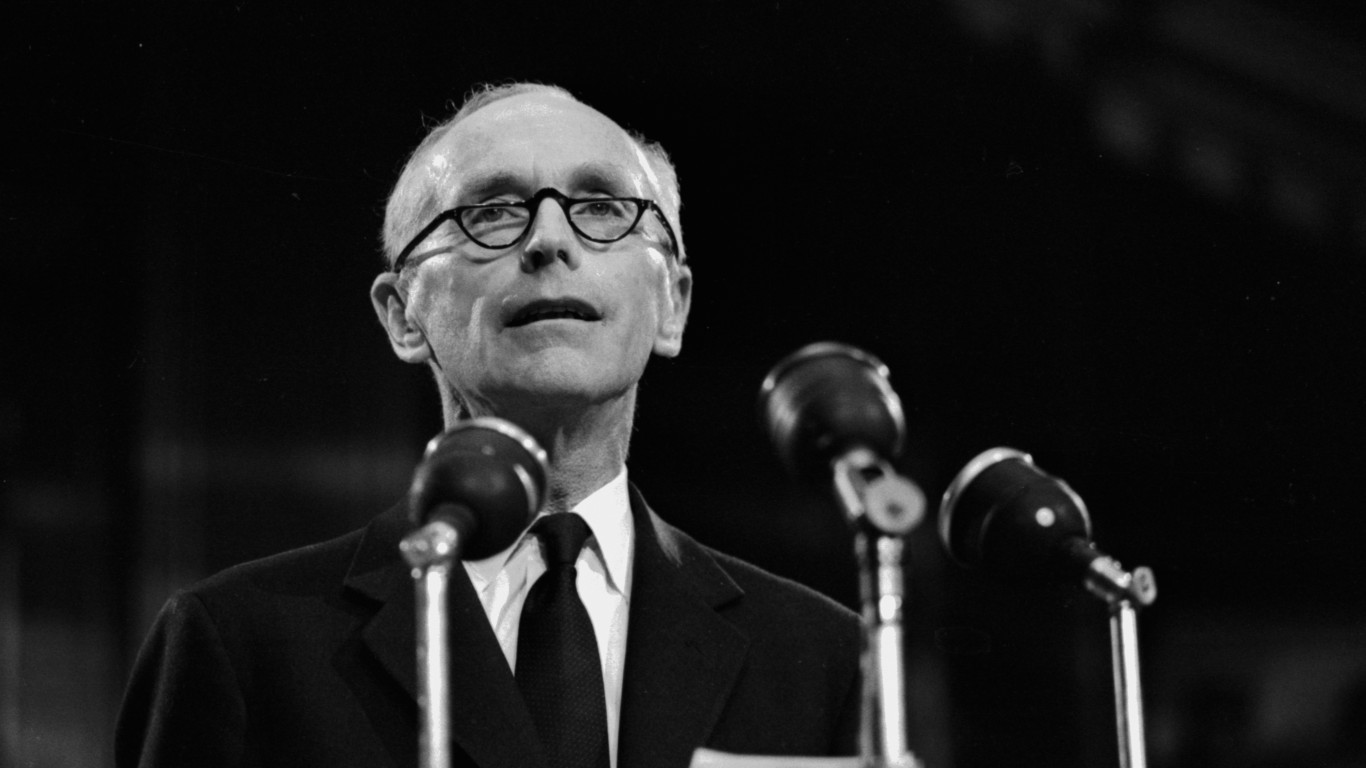 Alec Douglas-Home, who served for just under a year, was a family friend of the Queen’s mother. Outgoing PM Harold Macmillan persuaded the Queen to appoint his friend Lord Home to succeed him. 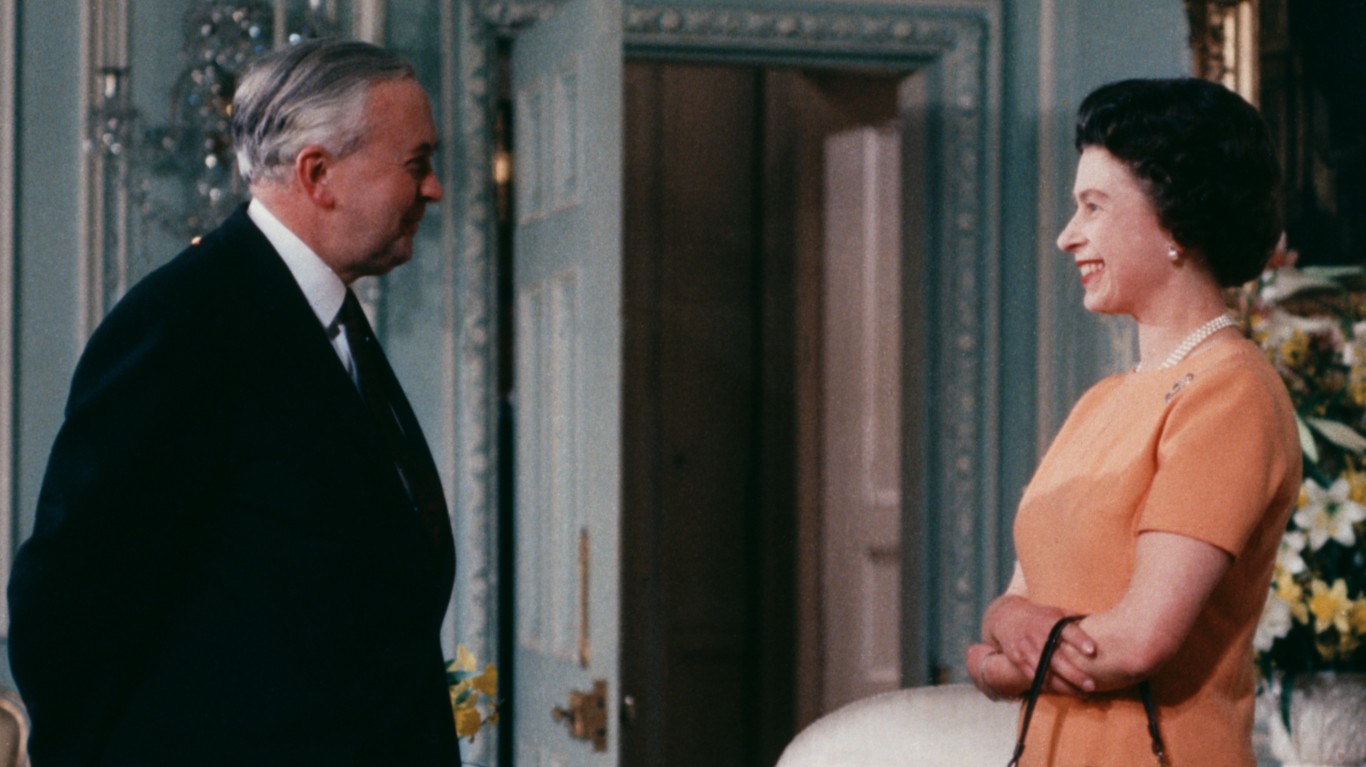 Harold Wilson was the first Labour Party representative to serve as prime minister under Queen Elizabeth. He held office for a total of eight years in two separate terms. Wilson was from a more modest background than his predecessors, with a more relaxed demeanor. He had a very good working relationship with the Queen; sometimes their weekly meetings would last two hours. His tenure was marked by greater personal liberation in Great Britain: homosexuality was decrminalized and abortion became legal. British pop music and culture took the world’s center stage during this time.