Oppenheimer Grows Leery of Companies That Depend on Apple 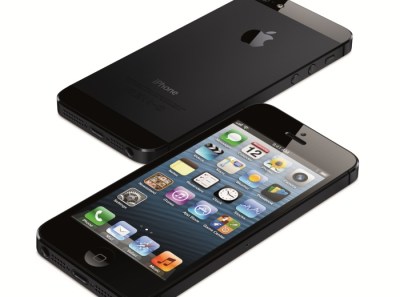 Source: courtesy of Apple Inc.
After Apple Inc. (NASDAQ: AAPL) announced revenue numbers that were barely above estimates and iPhone and iPad sales far below expectations, sellers took on the chore of leveling Apple’s stock. Most on Wall Street remain positive, if not somewhat cautious in their Apple commentary, following the massive sell-off. While most are holding their Buy ratings for now, many are lowering year-end price targets. The iPhone 6 and other new products better be big, or 2014 could be another long year for the technology giant.

Oppenheimer is one of the Wall Street firms that feel the company is losing its luster. With intense smartphone and tablet competition, the firm feels that the current product cycle for the company is exhausted. Not only did the firm lower its rating to Perform, or the Wall Street equivalent of Hold, it totally removed its price target for now. It also voiced concerns for the suppliers that are heavily dependent on Apple for revenue.

In a new research report, the Oppenheimer teams focuses on the stocks that rely heavily on Apple for revenue. While the firm does not immediately sell the group across the board, it actually has names that remain Buy rated, the analysts are extremely cautious. We wanted to detail some of the companies with high revenue percentages from sales to Apple. They are listed by highest percentages of sales to Apple.

Cirrus Logic Inc. (NASDAQ: CRUS) is one name investors may be very careful of going forward. The company derives 80% to 85% of their total sales from Apple. Oppenheimer thinks that the revenue to the company already has started to decline with the production of the 5s and 5c model iPhones. Oppenheimer has a Perform rating on the stock. The Thomson/First Call price target is $23.29. Cirrus closed Monday at $19.62.

Peregrine Semiconductor Corp. (NASDAQ: PSMI) derives an estimated 40% of their total revenue from their Apple relationship. They have lost two important supplier contracts recently in the smartphone and the tablets areas with Apple. Oppenheimer has a Perform rating on the stock. The consensus price target is posted at $9.83. The stock closed Monday at $6.95.

TriQuint Semiconductor Inc. (NASDAQ: TQNT) counts on Apple for more than 25% of its total sales. The company has traditionally been a primary supplier of power amplifiers and filters for the iPhone and iPad. Oppenheimer does not supply coverage for the stock currently. The consensus price target is posted at $8.29. TriQuint closed above that level Monday at $8.46.

Skyworks Solutions Inc. (NASDAQ: SWKS) is a stock that Oppenheimer is still very positive on, despite the company depending on Apple for 25% of current revenues. The company has traditionally been a primary supplier of power amplifiers, power management and other radio frequency (RF) content in the iPhone and iPad. Skyworks actually has grown its business and grabbed share from other suppliers in the RF front end of the iPhone 5 and iPad mini. Oppenheimer has an Outperform rating on the stock. The consensus price target is $36.27, and Skyworks closed Monday at $30.38.

RF Micro Devices Inc. (NASDAQ: RFMD) is another company that Oppenheimer is still positive on. The company generates 15-20% of their total revenue from Apple. RF Micro Devices supplies a hi-power switch and antenna tuning module in the iPhone 5. Oppenheimer keeps its Outperform rating on the stock. The consensus price target is posted at $6.68. The stock closed Monday at $4.90.

OmniVision Technologies Inc. (NASDAQ: OVTI) generates 20% of its business from Apple. OmniVision is also continuing to innovate its products, so its reliance on Apple may not be so substantial in 2014 as investors previously thought. The company recently developed a 16-megapixel sensor that can capture ultra-high definition video. The OV16825 chip is already in volume production, and sales of the product should start to show up in future quarters. Oppenheimer retains its Outperform rating on the stock. The consensus price objective is set at $16.78. The stock closed Monday at $15.30.

Broadcom Corp. (NASDAQ: BRCM) relies heavily on Apple as the company is its second-largest customer. Fortunately that only represents 12% to 15% of the total sales each year. The company sells connectivity solutions (Wi-Fi, Bluetooth, FM, GPS) in the iPhone and iPad. Oppenheimer rates the stock at Perform. The consensus price target is $31.33. Broadcom closed Monday at $29.28.

Avago Technologies Ltd. (NASDAQ: AVGO) is another company that Oppenheimer remains positive on. While Apple does provide 15% to 20% of total sales, the company will continue to primarily supply RF filter and power amplifier components in the iPhone/iPad. China prospects help bode well for the future. Oppenheimer keeps its Outperform rating on the stock. The consensus price target is 58.71. Avago closed Monday at $54.45.

Qualcomm Inc. (NASDAQ: QCOM) is a mega cap tech stock that gets 10% to 15% of its huge total revenue from Apple. Oppenheimer feels that the current percentage is rising, as the company became the baseband supplier beginning first with certain variants of iPad 2 (and subsequently iPads 3 and 4) before transitioning into the iPhone family with the 4s and 5. Oppenheimer rates the company at Overweight. Investors receive a 1.9% dividend. The consensus price target for this top tech name is $78.26. The stock closed Monday at $73.20.

Despite the negative reaction to the earnings, the demise of Apple is hardly imminent. Its gigantic deal with China Mobile should drive sales even as some sales slow in the United States. The main takeaway from the earnings miss is that Apple has to innovate and show new products and ideas in 2014. From the current Wall Street reaction, it will have to be more than an iPhone 6.