10 Reasons Why Everything in the World Is About to Change 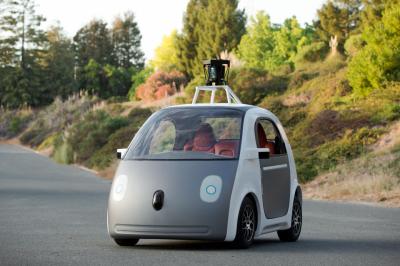 Source: Google Inc.
Things have drastically changed, and they continue to at light-speed. The technology world that collapsed just 15 short years ago looks like the Stone Age compared to now. In a new research piece from Merrill Lynch’s well-respected chief investment strategist Michael Harnett, he and his outstanding staff point out that the world, and especially the United States, has entered a period of what they call “accelerated innovation.”

The Merrill Lynch team cite three huge driving forces of the current hyper-innovation: the Internet of Things, what they term as the “sharing economy,” and online services. The huge winners in this is all of us, as technology makes things easier to do, less uncertain, lower priced and, most of all, less time-consuming.

The Merrill Lynch report cites incredible changes that are occurring literally right now. We screened the list for some of the more interesting and thought-provoking nuggets that Harnett chose to offer up. Many of them are truly astonishing.

2) Solar power has been so improved and refined that the Solar Impulse 2, a plane that is powered totally by the sun recently completed the sixth leg of a global circumnavigation. Traveling around the world with no fossil fuel is indeed remarkable.

3) Tesla founder and CEO Elon Musk has said repeatedly recently that “autonomous driving” is almost a solved problem. He estimates by 2023 it will be a reality. Plain and simple, humans driving cars as we know is all too dangerous.

5) A vaccine for malaria, one of the world’s most lethal diseases, has been found effective in infants and young children. In 2013 there were 198 million cases of the disease. Can actual cancer cures be all that far away?

7) Dubai is planning to introduce “robocops” in the next two years. The intent is to offer citizens better services without having to hire more people.

8) The price of money is a cheap as it has ever been, due to central bank action globally. There have been 572 interest rate cuts recorded since Lehman Brothers crash in the fall of 2008 started the Great Recession and market sell-off.

9) It took 5,500 days for the Nasdaq to retrace to the highs that were hit in March of 2000. Yet as we pointed out earlier, technology now is light years ahead of where it was then.

10) The Large Hadron Collider (LHC) in Europe is searching for a subatomic sign of supersymmetry. The LHC is largest single machine in the world. The LHC is hoping to provide physicists with not only the answers to some open physics questions, but the deep structure of space and time.

This incredibly rapid innovation and change could very well set in motion huge patterns of profound societal and economic change everywhere. The Merrill Lynch team pointed out that technology is disrupting everything. They note that the United States has become the world’s largest oil producer, despite the fact that we only have a reported 2.6% of the world’s reserves.

Solar and wind power will revolutionize power production. Robotics is poised to accelerate. Huge leaps in medical advances are increasing longevity. E-commerce may not be too far from being e-everything. While at the end of the day, change can be frightening to some, and difficult for others who may be replaced, the fact of the matter is it is here and it is moving at speeds we almost do not realize.