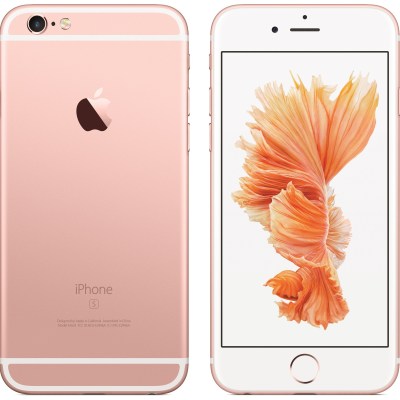 Source: courtesy of Apple Inc.
The earnings season has been one of rallies or destruction, based on expected results and real earnings. Apple (NASDAQ: AAPL) is next on deck to releases numbers, at least among the tech giants. And earnings miss will punish its shares. Very bad numbers could drive the stock down 20%, which is a drop similar to the one it suffered early this summer.

The Apple earnings this quarter will be based on two numbers. The first is sales of its flagship product, the iPhone. The second is China sales. Apple management has said already that Apple needs to have impressive Chinese sales to move overall revenue forward. In the July quarter (the one released just prior to the current release), Apple revenue in China rose 112% to $13.2 billion, and was 27% of the quarter’s total

The expectations come with anxieties. The first of these is whether the iPhone 6 line is already “dated” because of expectations of the release of the iPhone 7. The other is that China’s slowing economy will undermine all smartphone sales in the country. If so, Apple would need a very large increase in market share to keep its sales moving higher in the triple digits based on percentage improvement

READ MORE: Apple Is One Of 10 Most Profitable Companies In The World

Apple has been, for quarters, the barometer of tech as it related to the consumer. Many of the best tech earnings this last quarter have been due to advances or lack thereof in cloud computing. This was certainly true with Microsoft (NASDAQ: MSFT), IBM (NYSE: IBM), and Amazon (NASDAQ: AMZN). Expectations about Apple are not based on the cloud. Without strength in China and iPhone sales, it does not have that business to fall back on