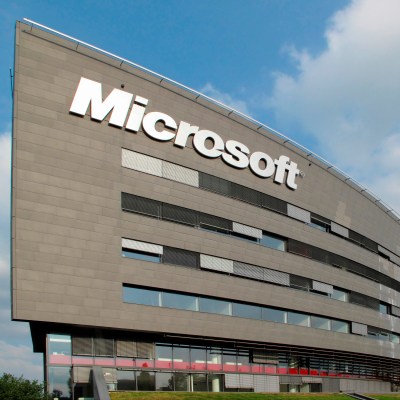 Source: Thinkstock
After Microsoft Corp. (NASDAQ: MSFT) reported its first-quarter earnings for fiscal year 2018, the takeaway that investors have is that CEO Satya Nadella sent Microsoft down the right path for the future. Despite issues with the PC market and despite a prior effort around mobile, Nadella’s move for Microsoft into the cloud was a monumental victory.

Microsoft’s earnings per share (EPS) were $0.84 on revenues of $24.5 billion. In the same period of last year, the company reported EPS of $0.72 and $21.93 billion in revenues, and the consensus estimates from Thomson Reuters were for EPS of $0.72 on revenues of $23.56 billion. Microsoft also returned $4.8 billion to shareholders in the form of share repurchases and dividends.

24/7 Wall St. noticed that the number of analysts chasing Microsoft’s ratings and price targets was off the chart. We have highlighted some individual calls here, but there is a long tab for the hiked price targets below.

Merrill Lynch now has one of the top views of all large brokerage firms when it comes to Microsoft’s upside ahead. The Merrill Lynch rating was already at Buy, but the firm raised its price objective all the way up to $98 from a prior $83.

Despite weak PC market and competition from incumbent cloud vendors like Amazon, Microsoft has been able to turn around Windows business, grow its cloud business which can reach $20 billion-plus in sales in Fiscal Year 2018 at 55%+ gross margin (versus 30% to 40% gross margin 2 years ago) and grow its cloud based office product adoption to offset perpetual biz. Plus, Microsoft is targeting large TAM markets (digital transformation) relative to historical. Over the next 3 years, all the positive trends will work at the same time and drive upside.

Jefferies has been very bearish on Microsoft for quite some time. The firm has decided to maintain its Underperform rating, but it did raise its price target to $57 from $49. The firm noted:

Microsoft exceeded estimates for most metrics in its first quarter under ASC 606, which blurs the results somewhat, though strong cash flow isn’t blurry at all. … We maintain our Underperform rating but raise our price target to $57 from $49 based on the average of five DCF scenarios.

Due to so many other Buy and Outperform ratings, we have only included the price target changes seen at key forms on Wall Street. These new target price hikes were seen as follows:

Those analysts who just couldn’t get past the notion that the PC market peaked out years ago managed to miss the boat here. The long and short of the matter is that Microsoft is far different company than it was a decade ago. Microsoft’s market cap is now $646 billion.

Microsoft’s consensus analyst target price was $81.83 ahead of earnings but that was listed as $84.82 late on Friday.