A Three-Year Look At Airlines 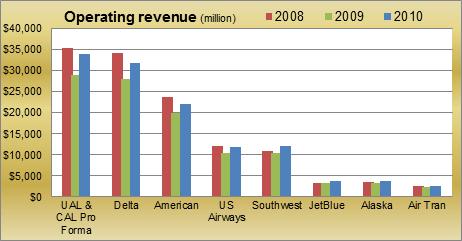 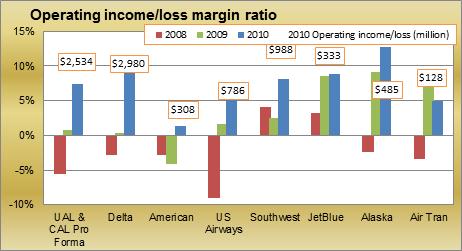 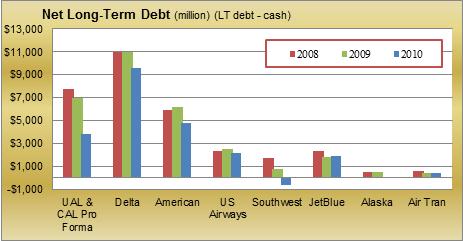 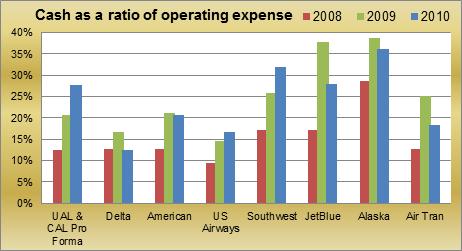 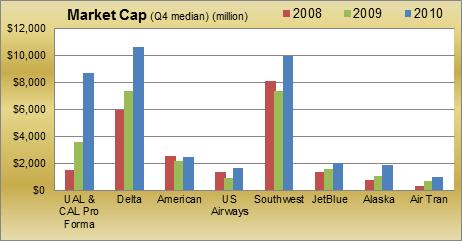 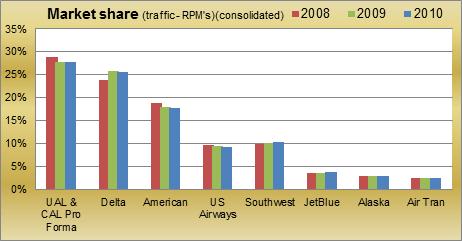 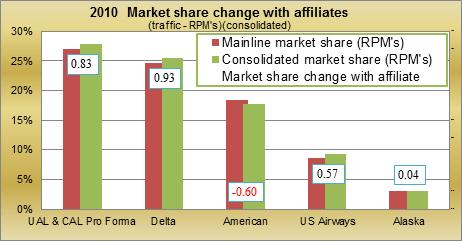 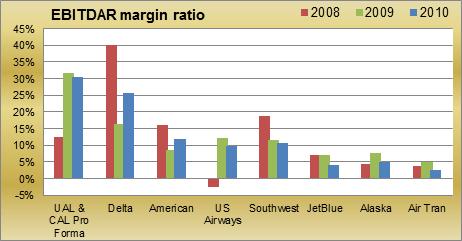 EBITDAR is a recognized financial term used to measure a corporation’s operating earnings before including interest, taxes, depreciation, amortization, and aircraft rent. The chart above shows the EBITDAR ratio of operating revenue for each airline.
Delta and American were the only two airlines to increase EBITDAR margins over 2009.
Interest Expense (total of eight airlines)
2008 = $2.48 billion
2009 = $3.16 billion
2010 = $3.50 billion 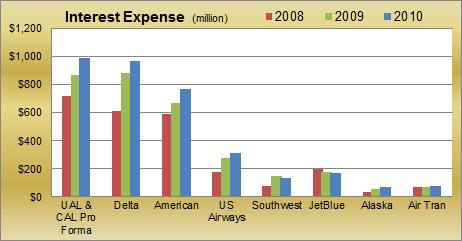 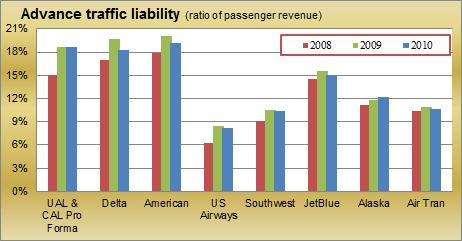 Each quarter, airlines report the amount of passenger revenue collected for future travel (ATL). The following chart shows each airline’s Air Traffic Liability as a percentage of the previous 12 months’ passenger revenue. For this analysis, FF miles expected to be used in the next 12 months may be included as ATL.
Year ending 2010 data suggests the larger legacy airlines have higher future passenger bookings than the smaller carriers. Strong advance bookings should push air fare yields and revenues higher in 2011 than they were in 2010.
Conclusion- For year 2011, it is the opinion of AirlineFinancials.com that all airlines noted above will see double digit year-over-year increases in top line revenues.
# # #
Disclosure- The above opinions and comments should not be used to determine the worth of any stock or investment.