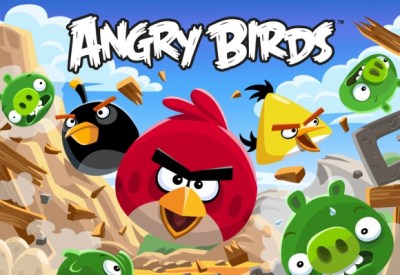 Source: courtesy of Rovio Entertainment
The most popular—and highest revenue-generating—mobile apps have traditionally been games. That’s not true just for the U.S., but internationally as well. In the second quarter of 2015, for example, 81% of the top 100 grossing apps in China were games. In the current quarter, games are expected to represent 78% of the top grossing apps in the U.S., and to generate record global revenues in the second half of 2015.

Research and consulting firm Strategy Analytics last week released its second-quarter category tracking report, showing that mobile gaming apps continue to exhibit strength globally. The research firm said that the revenue driver “continues to rest with the gaming companies that have used the freemium model to dominate the top grossing charts across the globe.”

Despite the enormous growth of the apps market—which we forecast to exceed 100B downloads in 2015—there are fewer and fewer companies and fewer and fewer categories sharing in that revenue.Companies should view apps as an indirect revenue driver and develop strategies in support of that objective. While some companies face challenges ahead, one thing is for certain—it’s good to be a gaming company right now.

The music industry—and Taylor Swift especially—dislike (hate?) the freemium model and has only reluctantly agreed to let companies like Spotify use it. But if the mobile gaming experience is any guide, the freemium model is the winning strategy. Why? Because Apple’s iTunes changed the business forever by making music cheap enough that people stopped stealing it. Spotify continues that model: give a little bit away with the expectation that it becomes valuable enough to the user that it will generate revenue eventually. That’s the model for games and could be the winning model for music.

ALSO READ: 20 Cities With the Widest Gap Between the Rich and Poor

Why Everyone Still Expects Too Much of Adobe

Unity Software Enters the Market With a Bang