SAAB Gets Ready for Another Crushing Failure 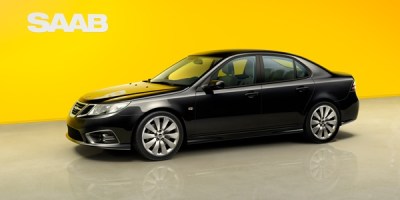 Source: courtesy of National Electric Vehicle Sweden
For some reason, the latest owner of the SAAB car business believes it can resurrect an auto brand that is among the most thoroughly destroyed in the past several years. Saab owner, the Chinese-backed National Electric Vehicle Sweden AB, thinks it can take a vehicle that has fallen into obscurity and put it up against the dozens of other brands, all of which are larger, and many of which sell cars around the world with substantial marketing budgets. It will not work.

The company described the launch:

National Electric Vehicle Sweden AB has started production of the Saab 9-3 Aero Sedan with a petrol engine. Sales are initially focused in China with a small number of vehicles being sold directly from Nevs to Swedish customers via the Nevs’ website.

The car that is produced is a high-spec Saab 9-3 Aero Sedan with a 220 hp 2.0-liter turbo, a previously recognized high-performance engine of the Saab cars.

Online sales? A trick that only widely popular Tesla Motor Corp. (NASDAQ: TSLA) has managed, and its sells only a few thousand cars a year, for the time being at least.

To ensure our high quality and the supply chain functions, the production rate will be very modest, about ten cars a week initially, and then gradually the pace will be increased to meet customers’ demand.

The best way to look at the statement is that Saab knows full well that it will be lucky to sell those 10 cars, even in the manufacturer’s home market.

Broken car brands do net get second lives. Some proof of that are the deaths of Volvo, American Suzuki and Mitsubishi Motors in the United States. And if anything, China, the largest car market in the world, is even more competitive that America, as every global manufacturer desperately fights for market share against both its global competitors and Chinese manufacturers. Saab will be squeezed out before it can get its initial batch of cars off the assembly line.