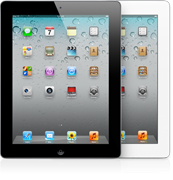 International Data Corp. (IDC) this morning released data on first quarter 2012 shipments of media tablets. These include the iPad from Apple Inc. (NASDAQ: AAPL) and tablets that use the Android platform from Google Inc. (NASDAQ: GOOG

). Android-based tablets include the Kindle Fire from Amazon.com Inc. (NASDAQ: AMZN) and the Nook from Barnes & Noble Inc. (NYSE: BKS).

According to IDC data, worldwide tablet shipments totaled 17.4 million units in the first quarter, nearly -7% below the company’s projected total. The projection represented a sharp decrease in expected shipments following the fourth quarter of 2011 when 28.2 million tablets were shipped. The sequential drop in shipments came in a -38.4%.

Apple’s share of tablet shipments rose to 68% in the first quarter, from 54.7% in the fourth quarter of 2011. Units shipped totaled 11.8 million iPads, down from 15.4 million units in the prior quarter. IDC attributes Apples success to two decisions:

Apple’s move to position the iPad as an all-purpose tablet, instead of just a content consumption device, is resonating with consumers as well as educational and commercial buyers. And its decision to keep a lower-priced iPad 2 in the market after it launched the new iPad in March seems to be paying off as well.

Amazon’s share of global shipments fell from 16.8% in the fourth quarter to just more than 4% in the first quarter, falling behind Samsung Electronics into third place. Lenovo and B&N rounded out the top five.

IDC noted that it expects second quarter shipments to improve as new products enter the market, with a significant caveat to vendors:

[T]o compete in the media tablet market with Apple, [vendors] must offer their products at notably lower price points.

IDC expects a Google-Asus tablet to come into the market at a price point to challenge the Kindle Fire. And a tablet using the Windows Phone 8 platform from Microsoft Corp. (NASDAQ: MSFT) is due in the fourth quarter of this year.

The takeaway from this appears to be that Apple will continue to dominate while the other vendors fight for share among themselves. Apple’s decision to continue selling the iPad 2 puts an upper limit on lower-priced competitive tablets as well. There’s still a fair bit of room between the entry price of a Kindle Fire or a Nook and an iPad 2.

The trick for Google-Asus, Amazon, and the others will be to find the highest price point they can below the iPad 2 entry level price of $399 while still offering the same or more features. Then they have to be prepared to drop their price if/when Apple does. This is not a game for the faint of heart.