AARP Gets Into the Tablet Business at Walmart, With Intel and Google Inside 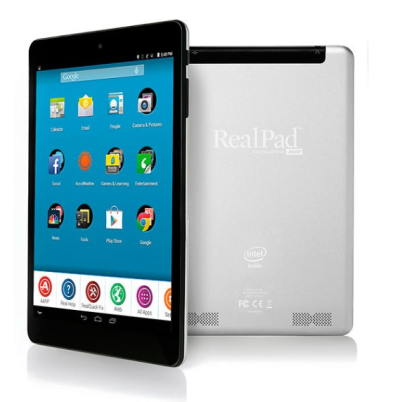 Source: aarprealpad.org
The tablet business was dominated by the likes of Apple Inc. (NASDAQ: AAPL) after it launched its iPad, with Microsoft Corp. (NASDAQ: MSFT) and Google Inc. (NASDAQ: GOOG) entering the market later. While tablets have become the next great thing after smartphones, the growth rate has also already started to slow handily. IDC recently cut its tablet growth estimates in half for 2014 as the market is already maturing. Still, tablets may have a new frontier — senior citizens! Now AARP is getting into the tablet business with its RealPad.

Where this story gets interesting is that this could end up being the big break that Intel Corp. (NASDAQ: INTC) has been looking for to get further penetration into the mobile microprocessor market. AARP issued a press release for its RealPad, which is being touted as the first of its kind of tablet being designed for Americans who are aged 50 and above who may still be apprehensive about adopting technology. AARP made mention of Intel on multiple occasions in the release.

Is it possible that mentioning Intel frequently might strike a marketing chord for people who are AARP members? AARP represented that the RealPad could serve as a digital gateway to more than 70 million Americans in the age 50 and higher demographic.

AARP’s aim is to make tablets easy and enjoyable for its demographic, and to make it affordable — priced at only $189. The device will be available for sale this fall at Walmart. Clicking on the BUY NOW portion of the AARP website sends you directly to the Wal-Mart Stores Inc. (NYSE: WMT) e-commerce site for preorders, with shipments signaled to arrive in early October.

The question to ask is whether this will drastically help the market penetration of tablets for those aged 50 and higher. Pew conducted a survey at the start of 2014 showing that the largest tablet owning demographic was 52% in the 30 to 49 age group. The smallest penetration was 25% in those 65 and older, with the second smallest demographic being those aged 50 to 64 with 37% penetration.

RealPad is powered by an Intel Atom processor, providing vibrant visuals, lightning-fast Web browsing and app loading. The long battery life enabled by the processor also means that users can listen, watch, play and be productive on the go. … In addition to powering RealPad, Intel helped build the software and unique interface on the tablet, making it simple and intuitive to interact with a RealPad tablet, even for those with little technology experience. Our support for RealPad is the latest example of our focus in enriching people’s lives with our technologies.

AARP signaled many differentiators and features for RealPad versus other tablets:

This move by AARP may not sound like much to those who grew up with technology and who have great eyes and nimble and precise dexterity. The problem is that many people who are elderly have a very hard time using tablets effectively. Whether or not the AARP RealPad will break that barrier remains to be seen because it has not even been released yet. That being said, every effort has to start somewhere. 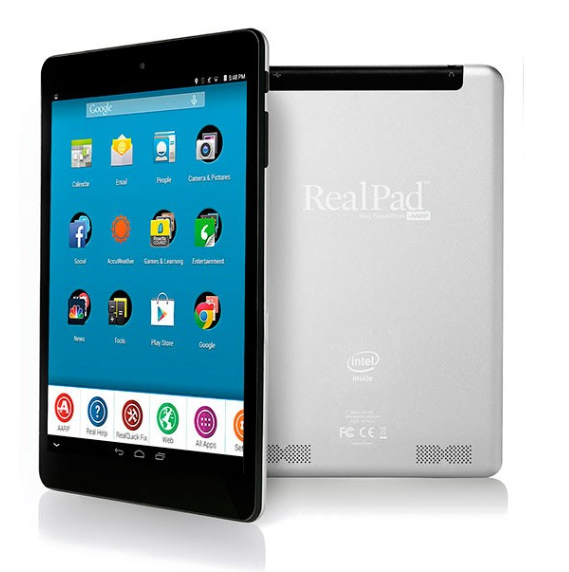