Are Endless Apple Upgrades and Changes Driving Customers Away? 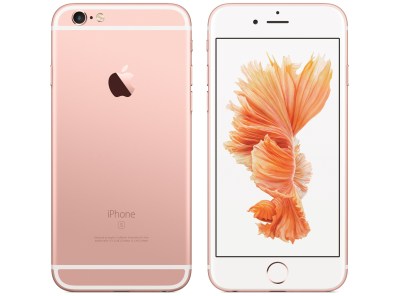 Source: courtesy of Apple Inc.
Apple Inc. (NASDAQ: AAPL) has become the most widely followed company in the world. The rise of iTunes, iPhone, iPad and Mac have all revolutionized the field of consumer electronics. While this certainly does not mean that the company is doomed, Apple may have crossed a line in 2015.

What is happening now is that the company is upgrading and changing its systems and its layout too much. This mistake has been made by many companies in the past, and it appears that Apple is putting itself in that position now. And the data breaches and risks of hacks are not helping matters for Apple.

If you own an iPhone, you have certainly seen the reminder that “iOS 9.0.2 is now available for your iPhone.” And you probably know that the last upgrade was released without proper testing and wiped out many devices. The immediate reaction about the latest upgrade is that users’ iPhones now run a tad slower after the upgrade.

Apple can always say that you are responsible for uploading to the iCloud to keep everything there. Small problem — too many people are scared of security breaches in the iCloud. That is not just celebrities, by the way.

Apple has made changes to its iTunes layout that are less effective in many cases, such as getting your music played in your car, and they have made it less intuitive.

Another sin of the company was Apple having hundreds of apps removed. Many of these apps are supposedly from China as well. While Apple cannot be responsible for checking and double-checking code of all apps on its store, the reality is that letting that many in has an impact.

Perhaps the real issue here is that Apple is trying too hard to reshuffle everything you have bought from them in the years past. By changing the layout and features everything seems new, sort of. Still, an upgrade of iPads and a press into more corporate iPad and iPhone use is not really a new product cycle.

This was not an Apple rant for the sake of a small rant. We have accused Apple of “consumer lemmingisms” before, but perhaps it is becoming an issue that has finally irritated enough people.

Apple was added into the Dow Jones Industrial Average earlier this year. The Dow has recovered a sharp 800 points from last Friday’s lows, and that was over 950 points of recovery earlier on Wednesday. Apple shares are actually lower on Wednesday than they were last Friday, and its stock price is over $5.00 lower than when it started talking up the iPhone 6s sales.

Again, this is far from a call about the death of Apple. The company is still taking on a real risk of customer hostility.