The American Companies With The Most Valuable Brands

Mars is known for its dominance in the confectionery industry. Along with numerous other products, the company makes M&M’s, the top selling candy in the United States. Mars has diversified beyond candy, however, which may turn out to be a strategically critical decision. It has a large division that sells pet food, including the popular Pedigree brand. Mars also owns Uncle Ben’s, the popular line of instant rice products. The prices of sugar and chocolate have risen sharply in the last year, which almost certainly pressures the margins for products like M&M’s and Snickers. 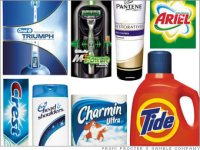 Proctor & Gamble may be the most diversified company in the world with regards to brands. One of the primary reasons is the massive gamble it made in 2005 when it bought men’s products company Gillette for $57 billion. Despite its large portfolio of brands across several sectors, commodities prices will affect products like Charmin toilet paper and Bounty paper towels. P&G’s sales last year were $41 billion ,which means that it can pressure suppliers to keep prices down and on retailers to give its products premium displays. According to the Procter & Gamble site, the company owns 23 separate brands than generate over $1 billion each year. In the 1920’s the company, which was then known primarily for its soap products, sponsored so many radio dramas that they eventually became known as “soap operas.” The company’s other major brands include Pringles, Old Spice, and Pantene.

24/7 Wall St. & Harris Interactive have teamed up to do a national survey to better understand American travel habits.  As one of our informed readers, we would love to hear from you! This survey should only take a few minutes and the results will be featured in an upcoming article. Please click HERE to begin.

Johnson & Johnson produces a multitude of popular, everyday products under brands such as Band-Aid, Johnson’s, Tylenol, and Listerine. Johnson & Johnson’s major challenge is that the reputation of some of its brands has been severely damaged recently and sales of these products have plummeted. The most widely publicized cases of this involved nonprescription drugs such as Motrin and Children’s Tylenol. Media reports say that there have been 22 J&J product recalls in the last 19 months. The most recent was epilepsy drug Topamax. J&J has the advantage of a significant presence in a number of non-consumer businesses which include medical devices. 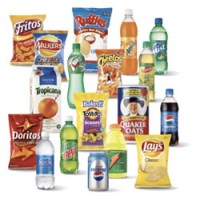 Pepsi, like many other companies which have multiple brands, has diversified beyond its core soft drink business. In 1965, Pepsi merged with Frito-Lay. It bought Tropicana in 1998 and Gatorade in 2001. The company now has a large portfolio of wheat-based products to balance its sugar-based brands. Unfortunately, wheat prices are up along with the price of sugar, so Pepsi will need to either raise prices or face margin compression. Under its wide range of brands, Pepsi markets Quaker Oats, Rice-a-Roni, SunChips, and Mountain Dew. Last year, the company had at least 19 products that netted more than $1 billion in sales. 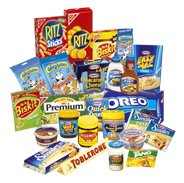 Kraft is the world’s second largest food company and is owner of top selling brands such as Oreo, Nabisco, Oscar Meyer, and Maxwell House. The company made a large and controversial buyout when it took over Cadbury last year for almost $20 billion. Several large Kraft shareholders such as Warren Buffett were not happy about the deal. It will be several years before Kraft’s earnings show whether the merger was a good idea. Kraft has created many ways to market its products which are unique and should keep sales strong despite rising costs. A great deal of Kraft’s advertising in based on the use of its products in recipes, as ways to save money, and as avenues to better health.