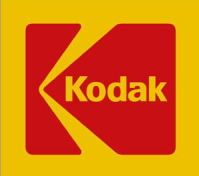 The next round of smartphone patent buying may focus on Eastman Kodak Co.  (NYSE: EK), the 130-year old photography giant that missed the digital bus. The $12.5 billion acquisition by Google Inc. (NASDAQ: GOOG) of Motorola Mobility Holdings Inc. (NYSE: MMI) marked the last round. The first round was the acquisition of Nortel’s patent portfolio by a consortium including Apple Inc. (NASDAQ: AAPL), Microsoft Corp. (NASDAQ: MSFT), Research in Motion Ltd. (NASDAQ: RIMM), EMC Corp. (NYSE: EMC), and Sony-Ericsson.

Litigating intellectual property rights violations is a lot cheaper than developing new products, and that is the threat that all these recent transactions carry with them. Typically the threat is mitigated by cross-licensing agreements, but so far the big players haven’t shown a lot of interest in doing that.

Kodak, for all its errors over the last 15 years, could be sitting on a patent portfolio worth up to $3 billion according to a report from Bloomberg.  The company owns 1,100 digital-imaging patents, about 10% of Kodak’s total patent portfolio.

How valuable those patents are in the smartphone marketplace remains to be seen. Clearly being able to take and send photos wirelessly is critical to smartphone makers, and Kodak may own some crucial technology that provides those services. Still, it’s difficult to see how 1,100 digital imaging patents are worth $3 billion. That values each patent at more than $2.7 million.

Google clearly got a better deal than Apple, Microsoft, and the others, but Kodak’s patents, as a whole, are about half as costly. And a $3 billion valuation on Kodak’s patent portfolio is about five times the company’s current market cap.

As the smartphone players jockey for position, consumers stand to lose if the smartphone companies don’t agree to cross-license the different technologies. By threatening or filing lawsuits against one another, the vendors risk driving customers away for fear that any new phone purchase could be recalled later. Building a business on fear, uncertainty, and doubt works for a while, but that strategy rarely pays off over the long haul.