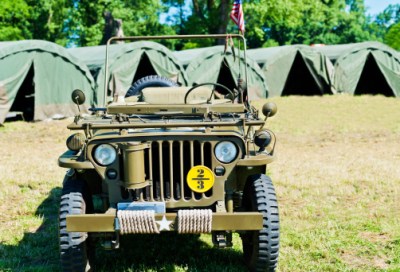 Source: Thinkstock
We might have a little trouble defining what we mean when we say that a brand is “patriotic,” but the fact is most Americans know it when they see it. Or at least we think we do.

Brand consulting firm Brand Keys does brand values surveys, and one of the 35 values it asks respondents to rank a product on is patriotism. The firm leaves it up to the respondent to define the term. Brand Keys founder and president Robert Passikoff says:

When it comes to engaging the consumer, waving an American flag and actually having an authentic foundation for being able to wave the flag are two entirely different things and the consumer knows it. More importantly, believability is key to the engagement paradigm. The more engaged a consumer is with a particular emotional value and the associated brand, the more likely they’ll trust that emotion and act positively on that belief.

The only group to get an emotional engagement score of 100% on the individual vale of patriotism is the U.S. Armed Forces. Here are the top five brands and ties:

Will Jeep’s status at the top of the list be jeopardized once Chrysler’s merger with Fiat is completed? The vehicle will still be made in the United States, but Fiat Chrysler will not be an American company. Not likely says Passikoff:

Last year we received some comments about how some of the top 50 most patriotic brands didn’t belong there because they weren’t actually manufactured in the United States, something that’s become true in this global economy. That’s the rational side of decision-making. One thing marketers should have learned about brands over the past couple of decades is that those brands that can make an emotional connection with the consumer always have a strategic advantage over competitors when it come to the marketplace battle for the hearts, minds, and loyalty of consumers.