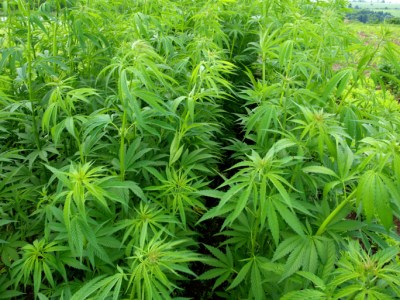 Half of the past week’s transactions fell in a range of $1,700 to $1,900 per pound, but the largest sales traded in the range of $1,400 to $1,700, according to the analysts at Cannabis Benchmarks. The asking price in Colorado averaged $1,930 a pound last week, nearly 12% higher than the settlement price. Colorado authorities arrested a dispensary employee last week for trying to sell 4.5 pounds of marijuana on the black market.

Out-of-state buyers pay more for cannabis sourced from Colorado, while in Washington, the only other state to permit recreational use of marijuana, the black and gray markets tend to sell for lower prices, according to Cannabis Benchmarks:

Dozens of unlicensed medical dispensaries serve in-state patrons with lower prices by avoiding licensing fees and other expenses of legitimate businesses. Washington’s cannabis production has been creeping up steadily since February and has consistently outpaced sales.

ALSO READ: The Best and Worst States to Be Unemployed

The legal market for medical marijuana is seeing prices above the national average, but that could change within a month or two as a large, legal dispensary is preparing to begin operations.

The drought in California is among the factors that could constrain the fall harvest. Creeks that growers have been using to avoid water restrictions in the state are beginning to run dry, and the state is implementing regulations that will allow officials to monitor water use.

In Colorado, the governor has ordered state health officials to establish new guidelines for doctors who recommend cannabis to treat “severe pain,” the condition 93% of individuals in the state report in order to get a medical marijuana card. Stricter guidelines could move 100,000 medical marijuana users to the recreational market, which would likely have the effect of raising prices.

The July (the prompt month) price for a pound of cannabis remained unchanged at $1,780 a pound.

ALSO READ: 10 States With the Most Gun Violence