How Old Is Too Old to Be President? Medical Experts Weigh In

As the current group of Democratic candidates has several candidates who are over 70 years old, and President Donald Trump is 73, experts writing for the JAMA Network, a group of medical publications, addressed the question of how old is too old to be president.

Age has become part of the debate about the ability to govern. Bernie Sanders is 78, and Joe Biden is almost 77, while Elizabeth Warren recently turned 70. Republican candidate Bill Weld is 74. JAMA examined the life expectancy of each, and other major candidates, and considered their “healthy lifespan,” a marker of how long each will continue to be healthy.

The data shows that four candidates — Sanders, Biden, Weld, and Trump — have a life expectancy of 12 years or fewer. Perhaps a more valuable measure would be the odds that each will survive another four years. For the same four candidates, the odds were less than 85%. For Biden and Sanders, they were under 80%. Here’s how long each American president lived.

The American Federation of Aging Research conducted the study. The white paper based on the data was published as “Longevity and Health of U.S. Presidential Candidates for the 2020 Election.” The authors included six Ph.D.s and M.D.s. They pointed out that presidential candidates have several advantages in terms of access to health care, high education attainment and high incomes. The authors say this means “they tend to belong to the healthiest and the longest-lived subgroup of the U.S. population.” Here is each how each president reached the Oval Office.

The authors concluded that older candidates are obviously more likely to develop a debilitating disease or to die. However, there is no way to determine which candidates will fall into this category. Put another way, age should not disqualify a candidate, but older candidates have higher risks of surviving two terms, particularly in good health. 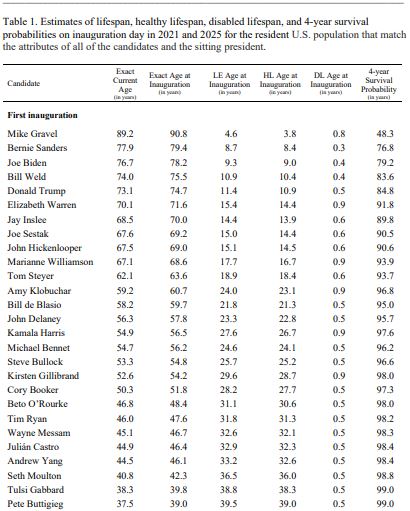 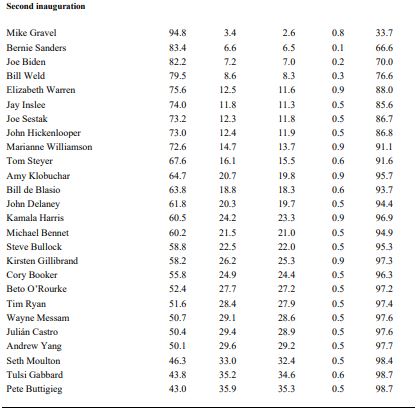