The Net Worth of Each Presidential Candidate 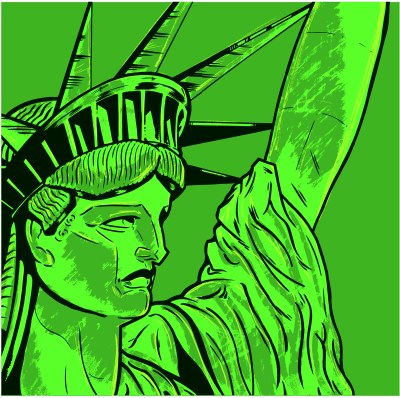 Source: thinkstock.com
The U.S. presidential election is by far the most expensive political race in the world, especially when compared with countries that have strict regulations on campaign funding and expenses. While campaigns are exceedingly costly, individual politicians, too, are often among the wealthiest Americans in the country.

Presidential candidates can expect very little privacy — in their personal life and with their finances. While candidates are not required to make their tax returns public, the practice has become common since the late 1970s. Based on recently disclosed tax returns and financial disclosures, the candidates’ assets range from Scott Walker, who is worth as little as $36,000 to Donald Trump, who has an estimated net worth of $2.9 billion — by far the highest of any presidential candidate.

Click here to see the net worth of each presidential candidate.

In addition, the net worth of a presidential candidate does not necessarily determine the financial strength of the associated campaign. Campaign expenditure in the United States has increased even more since 2010, when the U.S. Supreme Court ruled that political spending is a form of free speech. This opened the door for corporations and unions to sway the voting public via indirect, but unlimited, contributions.

Some candidates’ campaign funds are far greater than their net worth, while others are far lower. Bernie Sanders is one of the poorest presidential candidates, yet his campaign has raised over $16.4 million so far. Jeb Bush, on the other hand, has raised nearly $12 million, but his maximum estimated net worth is valued at nearly twice that.

Still, the wealth of a presidential candidate seems to matter a great deal. Fundraising is crucial for candidates, and the candidates who are able to focus more on earning votes and less on raising money have an advantage. Obama and Mitt Romney’s campaigns each raised just over $1 billion in 2012. Even by the lowest estimates, Donald trump does not need to raise a single dime from here through election day to have more funds available than both 2012 candidates combined. To date, Trump has self-financed roughly 95% of his campaign’s spending. Just 6% of Bernie Sanders’ campaign spending has come out of the senator’s pocket.

To identify the net worth of each presidential candidate, 24/7 Wall St. reviewed the most recent tax filings of the highest-polling Republican presidential candidates, as well as the two highest-polling Democratic presidential candidates. Each candidate’s poll is an average of four widely recognized surveys of American opinion, including CNN and Fox.  In order to determine ranges for each of these candidates we relied on the best available data from at least one of the following sources: analyses from third-party sources of personal financial disclosures provided to the Federal Election Commission (FEC), statements made by the candidates’ campaigns, and in the case of current members of congress, specific net worth values obtained by The Center for Responsive Politics through 2013 tax filings. The Center also provided campaign finance figures. We also considered campaign contribution totals, which each candidate for president is required to submit to the Federal Election Commission (FEC).

These are the top contenders for president and how much they’re worth.