Eight Of America's Most Secretive Companies

Secrecy is critical to more businesses than most people might imagine.

Entire industries are based to some extent on the process of creating goods and services and then putting them behind walls of secrecy. The defense industry is first among these. Defense contractors are required to take secret information from the military to build weapons and surveillance systems. This information is often important to national security, and defense contractors set up elaborate systems of protection to ensure the military’s orders and their products remain secret.

The nature of a news scoop, essential for media outlets to capture readers attention and gain subscribers, requires the quiet acquisition of information and the protection of it until it can be published. If  competing media have the same information, their edge with consumers is lost.

Patents are used so that secrets can be disclosed and then protected from use by a company’s competition. When a patent expires it can have a destructive effect on corporate value. A firm that manufactures generic drugs essentially takes drugs with expired patents and creates a nearly identical product that is less expensive. Once a drug can be replicated, it often takes away much of a company’s sales for that drug.


The success of much of the tech industry is also based on this ability to keep product design and components secret. Analysts spend days breaking down components of new devices like the iPhone to figure out how the product works and what the components cost. Apple’s edge and success in consumer electronics would be lost if this information was available before a product launch. Almost every consumer electronics launch is preceded by months, if not years, of keeping designs and components private.

The need for secrecy in business has led to a shadow industry known as industrial espionage. The practices of “spying” used to be physical. A spy would have to be near the product to describe or photograph it. Electronic surveillance replaced this in the second half of the 20th century and “bugs,” wire taps, and digital theft of documents became more popular.

Today, espionage is incredibly sophisticated. Chinese code hackers broke into Google servers at the end of last year. The ability of marketers to collect online data from people using the Internet has become highly sophisticated. Privacy today is often a matter of blocking systems that are complex enough to break though encryption walls. The wars between hacker and protector of digital data has become progressively more sophisticated.  Obviously, the federal government has developed encryption to protect its information.

This is a list of eight of the most secretive companies in America,  firms which rely heavily on keeping secrets. A breach of their most confidential products or services could damage their current business value and, over time, even destroy a company. 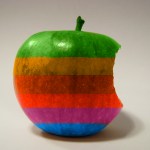 Apple’s marketing tactics rely on secrecy.  The less that is known before an announcement, the more interest in the announcement the company creates. Information regarding product details and plans is highly classified. And the company goes to great lengths to protect it from the press, the public, and most of its own employees.  The company has been known to plant false information among its workforce. If the bait is taken and phony information leaks to the press, the guilty party can be identified and fired. Apple has also sued several bloggers for covering the company. Recently, the company encouraged a swat team raid of Gizmodo reporter Jason Chen’s home after he wrote about the iPhone 4G prototype that he had acquired before its release.

Xe Services, formerly known as Blackwater Worldwide, is the largest of the State Department’s private security contractors.  Best known for its involvement in the Iraq War, the company deals with highly classified information and works on top-secret military assignments. At times, Xe’s level of secrecy extends even beyond the reach of Congressional oversight. In 2004, the CIA hired Xe Services to take part in a secret program to locate and assassinate top Al Qaeda operatives.  This information was not released to the public until it was reported in the New York Times in August, 2009.