House Flippers: The Forgotten "Victims" Of The Real Estate Implosion 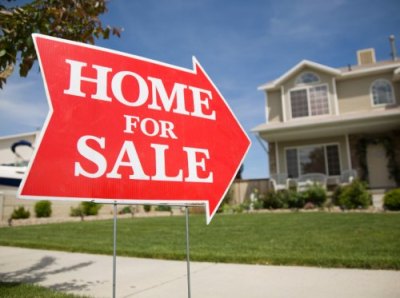 Ask not for whom the foreclosure bell tolls house flippers.  It tolls for thee.

With profuse apologies to Ernest Hemingway, that butchered metaphor sums up the predicament facing many real estate investors caught in a legal Noman’s land caused by the robo-signing scandal which has left them with properties which they are no longer sure they own.  If they want to get their money back, they may have to prove that the bank knew it was conning them, something that may be difficult to do. They also may face legal action from people evicted from their homes because of faulty paperwork

Though several banks including Bank of America (NYSE: BAC) and housing finance giant Fannie Mae have restarted at least some foreclosures, the process has been irrevocably tainted by the industry’s apparent willingness to put profits above the law.  Their legal exposure  may be gigantic — billions of dollars — particularly if courts find that they improperly evicted people from their residences.  Not only could the foreclosure be reversed, but they could face punitive damages as could the realtors and attorneys involved in the transaction.

But what about the people who bought these homes?  That’s where things get a little dicey.   Clearly, their rights were violated as well.   But in the legal tsunami created by the robo-signed documents, they should be last in the pecking order.  Many of them, particularly sophisticated investors looking for a quick flip, probably knew or should have known that something was amiss.  How is it that the foreclosure process — which is purposely cumbersome to protect the rights of homeowners — suddenly became streamlined?  What about the same people’s names appearing in hundreds of documents?  That did raise any red flags either.

“The ones who are really upset are the investors, who buy on the courthouse steps,” said Kevin Berman, a broker with Bankers Realty Services in Fort Lauderdale, Fla, told CNNMoney. “There used to be sometimes 700 sales a day. Now there are like, seven.”

Adds to this the lower prices that new homes are fetching and it becomes even harder for flippers to make a profit on an existing dwelling that has been extensively fixed up.  It’s human nature to prefer something new over something old if they are priced about the same.

Still, there are thousands of people in this country who believe they have what it takes to become the next Donald Trump.  They get plenty of encouragement from cable television shows such as A&E’s “Flip This House” and Bravo’s “Flipping Out” and TLC’s “The Property Ladder.”   Though these programs do illustrate the downside of flipping — potentially losing boatloads of cash — they make it seem like a grand adventure.  These shows offer as realistic view of real estate as  “Gray’s Anatomy”  does for  medicine.  Untold millions watch the flipping shows, though, and figure that if those bozos on TV can do it, so can I.

This sort of delusional or magical thinking is evidence of what economists call a moral hazard.  Essentially, it means that the government shouldn’t reward people for making stupid decisions.   Though the idea was turned on its head during the recent bailouts of industry, it is still a worthwhile idea.  It shows ` there are consequences to actions.   People who acquired homes that they should have known they couldn’t afford crossed the moral hazard threshold.   They deserve some help, particularly if they can prove they were victims of fraud.   Otherwise, their rights should come secondary to the victims of fraudulent mortgage documents.  Flippers are private businesspeople who should have known the risks they were getting into before they entered a deal.   Few if any deserve government help.

Real estate has become a spectator sport in the U.S., which is unfortunate because many people have business playing it.