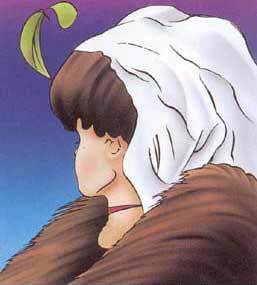 The composition of the American population has changed radically over the last ten years. Most of the reasons have been well-articulated. Baby Boomers are reaching retirement age in greater numbers and will do so for another several years. Large numbers of immigrants, both illegal and legal, have entered the US and continue to do so. Many of these immigrants cannot find jobs at pay levels above the median income of the states where they live. And, unfortunately, it is minorities and the young who are especially vulnerable to unemployment. In some states, the increase of the population under 18 is especially rapid which means the jobless rate in these states is not likely to rebound quickly as the economy rebounds.

24/7 Wall St. analyzed the states with the highest portions of their residents over 65 and under 18. The federal government uses these age groups to differentiate among the young, the working-age population, which are between 19 and 64, and the old.  Our goal was to determine how economic trends have affected population migration and how this has caused changes in the economies of many states. Some states have simply stagnated such as Rhode Island.  The number of people in Rhode Island has remained steady over the last decade. But, the population has aged because of low birth rates and an increase in older adults. Other states such as Nevada have had a large influx of younger people. But, many people in Nevada have been hurt by the collapse of the housing market and high unemployment. The state may have gained population, but the population lacks money and jobs.

Most states with older populations are usually in the Northeast or in areas with warm climates such as Florida.  For reasons which are not well-understood but might be guessed at, young people are have not moved in large numbers to sparsely populated states such as Montana, North Dakota, or Maine and older residents are not leaving in great numbers. Their residents tend to be white, middle-aged, and live in areas where there is not a great deal of competition for jobs.  Also, there are not many jobs either.

The irony of the employment success of many of the states with older residents is that their strength will eventually become their Achilles’ Heel. Once aging adults retire, they will not be easily replaced by younger workers. The burdens on pensions and other retirement programs will balloon. A stagnant employment base will undercut tax receipts. It is a situation that these states have no way to avoid, other than with the hope that those who are 65 and older will work until they are well over 70 to help maintain a tax base and defer some retirement costs.

The financial problems of younger states is worse still. A quarter of Arizona’s population is under 18.  That population grew the second most rapidly among all states from 2000 to 2010.  Arizona’s residents who are foreign-born citizens increased from 646,000 in 2000 to more than one million in 2008. There is no accurate count of illegal immigrants who live in the state, but they certainly number in the tens of thousands. The construction industry in the state is one of its largest, but home values have collapsed and with them so has the building industry. The construction sector tends to employ younger workers.