The Best And Worst Stocks For The First Half Of 2011 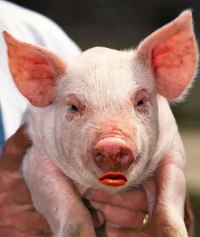 Most of the financial media stops at mid-year to reflect on how the market performed since January 1. The effort is often fruitless. The fact that a stock, or any market, did well over an artificially determined period of time does not mean much. People and institutions rarely buy investments at the start of a year just to sell them exactly six months later.

We have become comfortable, however, with the routine of the calendar.  A six month period is as good as any.

The yardstick for the period is the change in the S&P 500, which was up by 4% in the first six months. The market collapsed in mid-March and rallied into May. The index was nearly flat in June.

Some of the most interesting stocks are those that did not make the lists of best and worst performers, but would have if it were not for a percentage point or two. Ford (NYSE: F), one of the great turnarounds of the last decade, was down 20% in the first half. Its extraordinary gains of the last two years gave way as gas prices rose and consumer sentiment faltered. Target (NYSE: TGT), Wal-Mart’s (NYSE: TGT) most aggressive competitor, was down 23%. The retailer spent as if the recession was over, but its sales did not support this plan.

On the brighter side, Moody’s (NYSE: MCO) was up 41%. The credit rating firm was partially blamed for the credit crisis. It blessed pools of mortgage-backed securities that were actually risky investments. It still faces the possibility of government sanctions, which could curtail its future earnings. Chipotle Mexican Grill (NYSE: CMG), once part of McDonald’s (NYSE MCD), posted earnings that showed people could afford to have inexpensive meals out, even if the economy is slow.