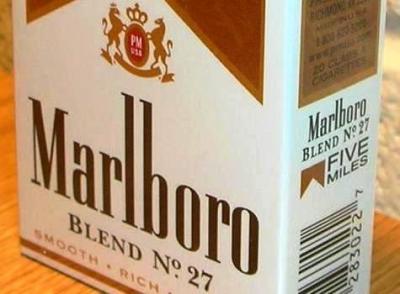 Source: Wikimedia Commons
Equity markets have been extremely strong in the past few years. Most of America’s largest companies have managed to increase revenue, profitability, and shareholder distributions, sending their share prices to record highs. A few companies, on the other hand, haven’t achieved the same growth levels. In fact, over the past 10 years, some S&P 500-listed companies have consistently shrunk.

Economic headwinds hurt the sales of some companies. Other companies shrunk because they spun off or divested business segments. Based on 24/7 Wall St.’s review of S&P 500 companies, these are America’s 10 great shrinking companies.

After being hurt by the recession, several industries have been thriving in recent years. Notably, while GM and Chrysler needed a government-financed bailout to survive the recession, eventually America’s automotive sector recovered as car and light truck sales have rebounded. By contrast, U.S. homebuilders have struggled to boost sales in the wake of the recovery, as new housing starts remain well below historical levels. Two of the companies with the largest declines in sales during the last 10 years are home builders PulteGroup and Lennar.

While economic reasons were behind several large long-term revenue drops, divestitures were the primary cause of the declines in most of the other companies. These activities have been especially common in the oil and gas sector. Marathon Oil, Williams, and ConocoPhillips each spun off units into new, separately-run companies.

In other instances, the companies that reported large drops in revenue were conglomerates that elected to break up their empires. For instance, once-troubled Tyco International split itself into three businesses in 2007. What remained of Tyco was again split three ways in 2011. Altria Group, too, spun off its brewing operations, its international cigarette operations, as well as Kraft Foods in the 2000s.

In other instances, America’s fastest shrinking companies divested operations that simply did not fit into their businesses. H&R Block sold its financial advisory and mortgage servicing units to focus further on its bread-and-butter tax advisory business. In another notable instance, Pepco sold its power plant unit in order to shed exposure to commodity fluctuations.

A shrinking business may, in fact, often serve as a blessing in disguise to shareholders. Motorola split itself into two companies in 2011, Motorola Solutions and Motorola Mobility. The latter, which sold Motorola phones and other home products, has struggled substantially since the split. While shareholders cashed out in a sale to Google, the business has continued to struggle. Meanwhile, Motorola Solutions, the shares of which have performed well without Motorola Mobility weighing them down, has decided to spin off yet another business and shrink further.

In order to identify America’s fastest shrinking companies, 24/7 Wall St. reviewed the S&P 500 companies that had the largest revenue declines over their last 10 full fiscal years. We excluded companies that filed for bankruptcy or are no longer in the S&P 500. Sources included the Securities and Exchange Commission, S&P Capital IQ, and Morningstar.

These are America’s great shrinking companies.