Cities Where Senior Citizens Can't Get Around 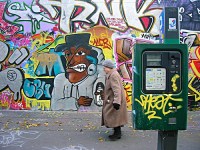 The number of people 65 and older will surge in the next two decades, as baby boomers age. In the future, many of these older Americans will increasingly rely on public transit because they can no longer drive. Despite the growing need, many of America’s largest cities do not have the necessary public transportation systems in place for seniors, a Transportation for America’s report “Aging in Place: Stuck Without Options” shows.

The greatest challenges will be in cities with high levels of urban sprawl, according to the report. Discussing the nature of urban sprawl the report observes that “More than three-quarters of older adults are aging in suburban, exurban or rural areas.” As a result, access to public transit will be worst in metropolitan areas like Detroit, Oklahoma City and Nashville, where urban sprawl is a significant issue. These are particularly large metropolitan areas with a number of suburbs where a majority of residents need cars to get around.

And the problem will only get worse as the number of seniors living in suburbs grows as the population ages.  “This phenomenon will exacerbate an already problematic mismatch between future demand for transportation options and existing transit services,” the report concludes.

24/7 Wall St. examined the data in the Transportation for America report and identified the 10 cities that will have the greatest number of seniors aged 65-79 in 2015 who will not have access to “acceptable levels of public transportation.” We also looked at population data from the Department of Health and Human Services Administration on Aging.

These are the 10 cities where the elderly can’t get around.