The Cities With The Best And Worst Public Transportation 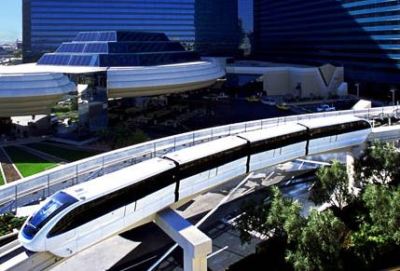 The nation’s public transit systems are rated on everything from cleanliness to on-time performance.    A unique report issued by the Brookings Institution seeks to add a new and potentially useful metric — their ability to get passengers to jobs.

Getting passengers to their employers may seem like it’s a no-brainer for operators of mass transit systems, but the reality is far more complex.  One of Brookings’ findings was that 70% of residents of the 100 largest metropolitan areas that were surveyed had access to public transportation of some kind.  The bad news is that they were only able to access 30% of their jobs within 90 minutes of their homes.

Researchers found a huge difference in the ability of people to access jobs in their regions, ranging from 60% in Honolulu, where jobs are concentrated, to 7%  in Palm Bay, Florida, where jobs are far more spread out.   So-called job sprawl is one of the factors that separates the top performers from the bottom performers in 24/7 Wall St.’s list of the most effective and least effective regions for public transportation. Fifteen out of the top 20 performers were in the West and many of the bottom finishers were in the South.

Good geography and smart policy decisions separated the creme of the crop from the rest.   Many such as Honolulu,  Denver and Salt Lake City have undertaken bold expansion plans over the past few years fueled by dedicated local funding sources.   The research by Brookings is designed to serve as guide for policy decisions about transportation and regional planning.

In an interview, Elizabeth Kneebone, one of the report’s authors, argued that access to jobs is inextricably linked to poverty, which rose 37% in the suburbs between 2000 and 2009.  That’s a rate that was five times higher than in the cities.  One reason for this disparity is the lack of access to jobs through public transportation.

“As economies and opportunity decentralize, a`spatial mismatch’ has arisen between jobs and people in metropolitan America,” the report says. “In some metro areas, inner-city workers are cut off from suburban labor market opportunities. In others, low- and-income suburban residents spend large shares of their incomes owning and operating cars.”

Policymakers have promoted various ways to encourage local governments to make jobs more accessible through incentives.  While these efforts have met with some success, clearly more work needs to be done, according to the report.

The Center for Transportation Excellence notes that poor families spend more than 40% of their take home pay on transportation, a figure which was increased by 33% since 1992.  Indeed, the issue is becoming more pressing as gas prices continue to rise past $4 gallon in most communities, making commuting for many increasingly unaffordable.  This is a huge problem in the suburbs.

“Often the suburban poor are not living in jobs-rich neighborhoods,” she says, adding that experts are trying to encourage more sensible  development so that jobs are more “sensibly” in areas accessible to public  transportation.  “Those are exactly the types of communities where we find public transportation is lacking.”

Though poor people need access to jobs, it’s not a sure thing that public transportation can create them.  For instance, Las Vegas finished 8th on the 24/7 Wall St. list.  Its unemployment rate is 13.1%., one of the highest in the country due to the decimation of the casino industry caused by the recession.  Modesto, Calif., with its 18.1% unemployment, rated 10th.  Conversely, regions with low unemployment such as Atlanta, Knoxville, Tenn. and Poughkeepsie, New York, fared poorly.

Researchers at Brookings point out that even the best public transit networks can not overcome huge macroeconomic changes.   Private companies take this issue seriously.  In high-congestion areas such as Northern Virginia, companies report that perspective employees are turned off by the prospect of long commute times.  Google and Microsoft ferry their employees in private shuttles to and from work.

Indeed, critics of public transportation argue that it’s not economical without massive government subsidies and that taxpayer dollars would be better spent on improving the nation’s crumbling roadways.  Many transit systems wound up getting in hot water by expanding into areas where demand for their services was weak.

“While transit’s main market is in the dense inner cities, agencies began running buses and, in many cases, building rail lines to relatively wealthy low-density suburbs that have three cars in every garage,” writes Randal O’Toole of the Libertarian Cato Institute in a post published last year, who advocates that agencies should be privatized. “The result of overbuying and extended service was lots of nearly empty buses and railcars: the average transit vehicle load is only about one-sixth of capacity, so if you are the sole occupant of a five-passenger SUV, you can be smugly proud that the car are driving has a higher occupancy rate than public transit.”

The nation’s subways, buses and light rail systems are filled to capacity as increasing numbers of commuters look to escape high gas prices.  At the same time, transit systems are unable to escape the budgetary axe falling in state capitals.  Even President Obama slashed grant money for public transit agencies in his budget.

Ever since the recession began, ridership on mass transit systems has soared.  The American Public Transportation Association estimates that ridership increased by 38% between 1995 and 2008.   Though more current figures were not available, it is likely that they have continued to rise given the rise in gas prices.

The Brookings study is being released at a time when many public transit agencies are under increasing amounts of financial stress at a time when ridership is soaring because of high gas prices and government aid is declining.  For instance, New York Governor Andrew Cuomo slashed $100 million from the budget of the New York Metropolitan Transit Authority, the nation’s largest transit system.  MTA also is selling its headquarters in a move that should yield about $150 million that will go toward capital improvement projects.  Officials in Washington, D.C., are considering cutting some weekend service to help close a $66 million budget gap, according to the Washington Post.  Lower revenue and higher operating expenses forced The Massachusetts Bay Transportation Authority to restructure $67.9 million in principal payments in a cost-cutting move.  Last year, Atlanta’s MARTA system was so deep in the red — $120 million that it was forced to cut one-quarter of its service.

But as the Brookings Report notes, public transport is not the solution to joblessness but it is certainly part of it.

Here are the The Cities With Best And Worst Public Transportation Systems.