Seven Pro Teams on the Brink of Collapse 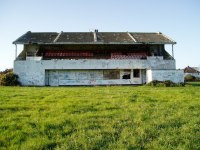 The owners of the Los Angeles Dodgers have recently agreed to sell the team, following a bankruptcy filing in June of this year. The team may sell for more than $1 billion — the highest in baseball history and a premium on the $800 million value Forbes has assigned it in its annual ranking.

Read The Seven Pro Teams On The Brink Of Collapse

The greatest single cause of a team’s long-term success is obvious: whether or not it wins games. A quick glance at profit and attendance shows that, generally, teams that do well enough to make the playoffs manage to have high ticket sales. Only a few franchises can fail to make the playoffs for more than a few seasons before their profits begin to suffer.

Across the four biggest sports in the U.S., several teams have seen a massive decline in their attendance. While in some cases this is the result of moving to a new stadium with lower capacity, for the most part these teams simply do not win enough games. At the beginning of the decade, the Indiana Pacers were regular playoff contenders with high attendance, and they were profitable. For the past five seasons, they have lost more games than they have won. During that period, attendance has fallen by nearly 25%. The team has also lost money five years in a row.

According to Forbes, 39 of the 122 professional sports teams lost money last year. Some have lost a few million only a handful of times and likely will perform well in the future. For others, the loss is in the tens of millions and represents yet another season without positive net income. The Phoenix Coyotes, which went bankrupt in 2009 and were bought by the NHL, have lost money for at least 10 years straight. In all, since 2001, the team has lost $118 million. Compared to the Dodgers’ value of more than $1 billion, the Coyotes’ estimated value in 2010 was $134 million.

24/7 Wall St. identified teams that lost money for several years, based on Forbes estimates of income and value. Win-loss records and attendance numbers for a ten-year period from ESPN were used to demonstrate a down trend in performance and poor fan support. 24/7 Wall St.’s pro teams on the brink of collapse had consecutive years of losing money, poor win-loss records and declining attendance.

These are the seven pro teams on the brink of collapse.