As Results Fall, How Does Michael Dell Keep His Job? 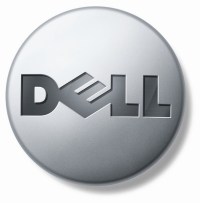 There are a number of differences between Dell (NASDAQ: DELL) founder and CEO Michael Dell and Facebook (NASDAQ: FB) CEO Mark Zuckerberg. Among them is that Zuckerberg holds shares that allow him to control his board and the firm’s decisions absolutely. Michael Dell only owns 13% of the shares in the firm he started. The difference allows the Dell board to fire Michael Dell, and it is time it should. Dell’s results showed, once again, that the company has failed to bring itself into the post-PC age, and the numbers show no sign that will happen anytime soon.

Dell blamed “alternative mobile computing devices” for its poor earnings and poorer forecast. Dell reported a 4% fall in revenue to $14.4 billion, as well as a profit of $0.43 a share. The consensus forecast among analysts who follow Dell was $14.9 billion in revenue and $0.46 a share in profit. Results for the company’s notebook operations were particularly weak. After the announcement, Dell’s shares fell like a stone.

Dell has had the tools to enter the tablet PC and smartphone businesses. The company still makes money and has almost $14 billion in cash. Its enterprise server sales remain healthy. Dell has no excuse for allowing the cutting edge of computing to pass it by.

It is reasonable to blame Michael Dell because he has controlled the company since the start. He could not possibly have missed the surge in the sales of smartphones by Apple (NASDAQ: AAPL), and later Google (NASDAQ: GOOG) Android-powered devices, or the iPad. Dell has not made a substantial push into either market. The risks would have been big, both in terms of investment and reputation. Yet, it was a risk worth taking, based solely on the alternative, which was to be left behind.

It is already too late for Dell to enter the rapidly emerging markets of smartphones and tablets. The market shares of Apple, Amazon.com (NASDAQ: AMZN) and Samsung are already too large. Another dozen companies are fighting for the tiny amount of business that remains.

Fixing Dell may be a long shot, but it certainly has no chance to happen with Michael Dell as its CEO.