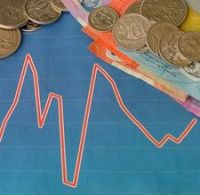 Bridgewater Associates, LP is in the lead of the top hedge funds in America by size. We have just gotten a look at its equity holdings via a 13F filing with the Securities and Exchange Commission. The holdings are interesting when you consider that Bridgewater is one of the biggest hedge funds in existence and its market bets usually require high liquidity to get in and out of due to the fund’s vast size and its desire to remain nimble.

The 13F filing for Bridgewater shows that it has over $6.7 billion in equity and related assets. It was shocking that Apple Inc. (NASDAQ: AAPL) was NOT a holding this quarter. Even the quarter before, Apple was a mere 8,700 shares worth some $5.21 million in the portfolio. While it seems interesting that Apple has been dumped, there is a key change here worth noting. At some point during the June quarter it appears that Bridgewater decided to go big in emerging markets. In fact, it basically doubled up on its efforts in emerging markets.

What is another show of force is that Bridgewater seems particularly bullish on Brazil. There was not a position at all at the end of March in the iShares MSCI Brazil Index (NYSEMKT: EWZ), but at the end of June the position was listed as 2,002,700 shares worth more than $103 million.