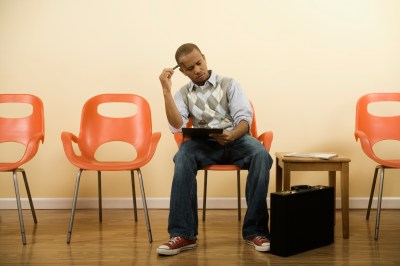 Source: Thinkstock
The national unemployment rate for September was 5.1%, the same as the previous month, although the economy only added 142,000 jobs. The American black community suffered more than most with a rate of 9.2%.

The Bureau of Labor Statistics offered a summary:

So, the black unemployment rate nearly doubled the white one. And the black community has not seen an improvement. The rate was 9.5% in August, it was 9.1% in July and 9.5% in June.

There are various explanations for the black unemployment problem. They range from poverty to incarceration rates and low education attainment. In many places, black Americans still live in areas segregated from whites. That means they do not have the same access to services that might favor white Americans. Whether all these theories are true, or just some of them, they stand as a reasonable set of circumstances for keeping black unemployment high.

While poverty rates for blacks have improved, they have done so less than for whites. So, the overall circumstances of problems for black Americans is self-fulfilling.

As an upcoming 24/7 Wall St. analysis of segregated cities points out about Chicago:

Slightly more than 7% of white area residents lived in poverty, while the poverty rate for the city’ black population was nearly 30%. Similarly, while 43.7% of white adults had at least a college degree, 21.8% of black adult Chicagoans were college educated. In addition to socioeconomic racial disparities, black area residents had far higher mortality rates compared to white residents. The Chicago metro area black population leads the nation with a mortality rate of 1,550 per 100,000 people, versus the rate for whites of 712 per 100,000 people.

ALSO READ: Cities With the Fastest Growing (and Shrinking) Economies

Virtually Everyone in This US City Has a Job

This Is the American Industry Cutting the Most Jobs